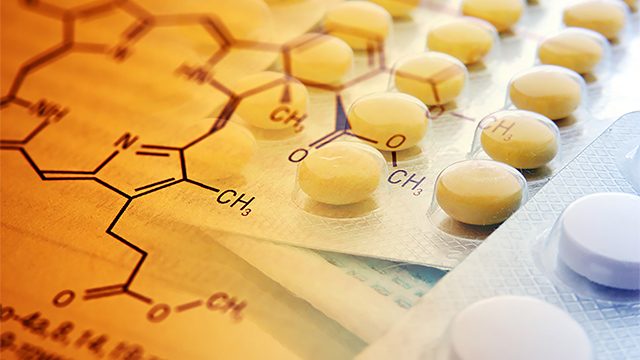 Facebook Twitter Copy URL
Copied
A well-funded PhilHealth program will now be able to support or defray the costs that patients have to pay for expensive medicines, a pharmaceutical executive says

MANILA, Philippines – Increased funding for the Department of Health (DOH) and Philippine Health Insurance Corporation (PhilHealth) is opening doors for pharmaceutical firms to introduce more innovative drugs to the market.

The DOH, and PhilHealth which is attached to it, have been the primary beneficiaries of the sin tax, increasing the agency’s budget by 57.4% in 2014 and 63.4 % in 2015 over 2013 levels, according to the Department of Finance.

With a higher budget, DOH is rethinking some of its policies.

One is reforming of the Philippine National formulary; a list of over 600 medicinal drugs that the government uses to decide which to buy for public or accredited health institutions.

“One of the key areas of growth in the health care industry will be around the DOH’s rethinking of the Philippines’ national formulary,” said United Kingdom Trade and Industry (UKTI)  Director Ian Mansfield at a health care forum held Tuesday, August 11.

It is decided over by a panel of experts who judge what goes on the list based on safety and cost-effectiveness.

The list is used as basis for the government health insurance provider, PhilHealth, for reimbursement. PhilHealth reimburses members who have purchased drugs on the list.

“The last time the formulary was updated was in 2008. There is a lot of innovation that has happened since then that needs to be put in, and also a lot of drugs that are not cost effective that need to be replaced,” said DOH Undersecretary Kenneth Hartigan-Go.

Cost effectiveness of the drugs is the key criteria in deciding what should be included in the list, and sometimes this means choosing more innovative but expensive drugs, Hartigan-Go explained.

These innovative drugs will benefit patients confined in hospitals and packages are now being reviewed to include medicine for people who do not require hospitalization, he added.

“If we can prevent a patient’s need to go to the hospital by securing the drugs outside (the hospital), then we will cut down on the costs of hospitalization later on,” Hartigan-Go explained.

The case of innovative drugs

National government allocation for health insurance premiums has increased and resulted in a 185% rise in the number of registered indigent PhilHealth members. PhilHealth statistics also showed that it covered close to 80% of the total population last year.

“PhilHealth is already covering 20% of the indigent population and the informal sector is covered by programs in partnership with local government units,” Hartigan-Go said.

To distribute drugs in pharmacies around the country, one only needs to clear it with the Food and Drug Administration. But for the government to reimburse PhilHealth patients for it, it needs to go through the formulary process, explained Francis Del Val, president of GlaxoSmithKline Philippines Incorporated.

When the DOH updates the formulary and now that PhilHealth has more money, the latter can buy and reimburse more innovative drugs, he added.

“When you’re talking about a patient with a life-threatening condition, they can now have access to innovative drugs, and potentially even oncology drugs, or drugs used to treat cancer,” del Val said. The trends show that health care spending in the Philippines has been increasing significantly, both by the government and by people’s private spending.

It has been increasing twice as fast as the gross domestic product, UKTI’s Mansfield said.

The Philippines has a self-pay market (most expenditure is not reimbursed by the government), with consumers primarily paying for their medicine.

But now with a well-funded Philhealth program, it will be able to support or defray the costs that patients will have to pay for expensive medicines, del Val said.

As the country improves economically, more and more infectious diseases are starting to be replaced by non-communicable diseases like cancer, he added.

The expansion of Philhealth is a big help but community-based health care is still key in the country and technology can help.

Going to hospitals is very expensive and common illnesses like colds and coughs should be addressed at the community level by using medical technology in rural areas, Arota said.

There are people in the provinces who are willing to pay but do not have access to the premier private hospitals in big cities, so developing the community health care system is a big opportunity, he explained. “We’re the third in ASEAN for volume of clinical trials research behind Singapore and Thailand, and it could be hallmark of ASEAN integration for us,” del Val said.

A 2009 report by the European Medicines Agency also placed the Philippines 8th among the top 10 countries worldwide for clinical trials with a high rate of 30.9%.

The country, del Val said, is a very good hub for this, especially for vaccine preventable diseases and cardiovascular diseases, apart from the quality pool of doctors and medical technicians in the country.

We have the human capital and we have English, which is a useful tool in this area. With the proper incentives and focus, that is certain within reach. Pharmaceutical firms in the country are very much invested in it, del Val explained.

“We’re no. 1 in the world for voice BPOs, what prevents us from being no.1 in clinical research?” he said. – Rappler.com