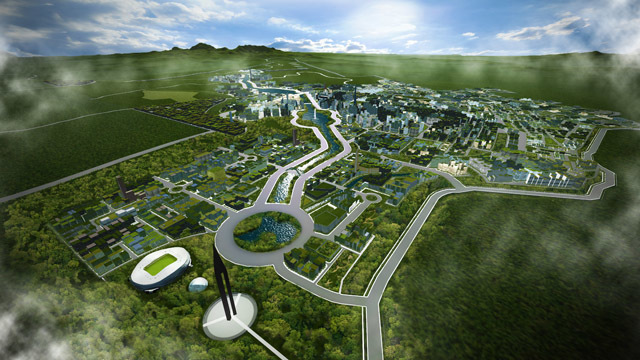 JOIN is a Japanese government corporation created by the Japanese Parliament, that will lead the formation of joint venture partnerships for the development of Clark Green City.
It aims to invest and participate in transport or urban development projects, involving Japanese companies, such as bullet trains, airports, and green cities.  Its target investment worldwide is ¥30 trillion ($241.22 billion) by 2020.

BCDA president and CEO Arnel Paciano D. Casanova said upon that signing the cooperation agreement, both parties will start to work on the details of the joint venture companies, including but not limited to: the scope of work; function; funding source; authority; responsibility and procedures; and discuss with private sector companies in both the Philippines and Japan as regards to their interest in Clark Green City. (READ: More Japanese firms urged to invest in Clark)

As an initial step, both the BCDA and JOIN will jointly study the establishment of a joint venture company to conduct the feasibility study. Another joint venture company is also considered for the granting of concession rights of the various individual projects that make up the Clark Green City project.

The involvement of JOIN will lead to multiple joint venture partnerships to serve as a vehicle for the formation of Japanese consortium and investments in the field of power, transportation, tollways, industrial zones, and economic centers.

“By investing in Clark Green City, the Government of Japan will help transform it into a major economic center of the ASEAN economic bloc,” Casanova said.

Casanova signed on behalf of the BCDA while JOIN was represented by its president and CEO Takuma Hatano. Department of Public Works and Highways (DPWH) Secretary Rogelio Singson and the Government of Japan Minister of Land, Infrastructure, Transport and Tourism Akihiro Ohta witnessed on Thursday, August 13, the signing of the Memorandum of Cooperation (MOC) between the BCDA and JOIN. 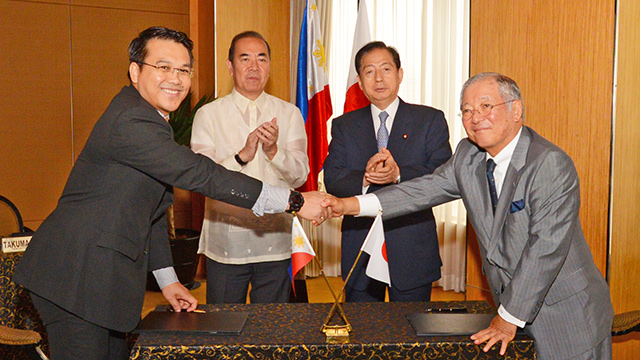 The MOC involves the collaboration of both the BCDA and JOIN to craft a Project Implementation Framework to ensure the economic, financial, and commercial viability of building and operating the government project.

Casanova noted that JOIN’s right at the very start of the planning stage of the project implementation framework (PIF) would allow us to identify and attract the right Japanese private investors for Clark Green City to make it more viable both financially and commercially.

He added the PIF would also identify the necessary supports from both the Philippine and Japanese governments.through exchanging information, research, discussions with private companies and both the governments of the Philippines and Japan, and through conducting market and feasibility studies, among others.

BCDA and JOIN may separately make decisions for investment on each of the individual components that make up the Clark Green City project.

“This will also benefit Filipino companies through transfer of technology,” Casanova said.

The Clark Green City Project will cover 9,450 hectares and is envisioned to be the first smart, disaster-resilient, and green city in the Philippines.

Located in Central Luzon and populated by 12 million people, Clark Green City is positioned between urbanizing cities of Angeles, Olongapo, San Fernando in Central Luzon as well as the cities of Dagupan, San Carlos, and Urdaneta in Northern Luzon. It is also near the Clark International Airport and the Subic Seaport. – Rappler.com