Bidders for regional airports PPP to submit bids on Aug 17

Aug 16, 2015 7:56 PM PHT
Rappler.com
Facebook Twitter Copy URL
Copied
The DOTC says the opening of bids is scheduled in January 2016, while the award will follow in February 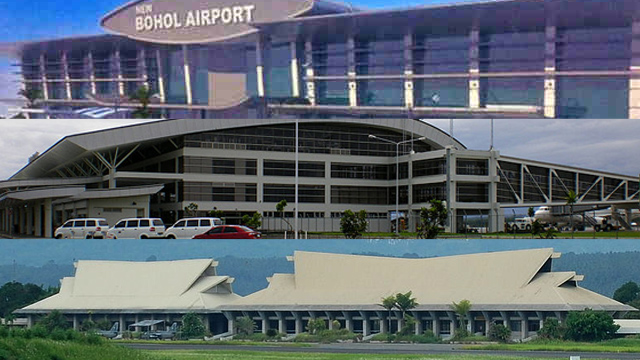 MANILA, Philippines – Qualification documents for the Development and Operations and Maintenance (O&M) of 5 regional airport projects are expected to be submitted on Monday, August 17, the Department of Transportation and Communications (DOTC) said in a statement.

The opening of bids is scheduled in January 2016, while awarding will follow in February.

The firms who have expressed interest in the Public Private Partnership (PPP) project are:

The development and O&M of the regional airports will be bid out in two bundles:

The winning concessionaires for each bundle will handle the O&M of the airports for 30 years, and will undertake expansion of facilities, as most of the airports are operating beyond their design capacity.

The DOTC said these improvements are needed to enhance passenger safety and convenience, and to ensure more efficient operations.

Bacolod-Silay Airport operations began in 2008 after it replaced the Bacolod City Domestic Airport.

The airport caters to residents of Negros Island and currently serves about 22% of air passenger traffic in Western Visayas. The project covers the expansion of the Passenger Terminal Building (PTB), which will boost its capacity to about 3.1 million passengers annually.

The Iloilo Airport is among the top 5 airports in the country in terms of passenger traffic.

The expansion project will allow it to accommodate up to 4.5 million passengers annually. Other upgrades include the expansion of the car park and the construction of a full parallel taxiway.

The Francisco Bangoy (Davao) Airport is the third busiest airport in the country, which makes it vital to expand the current PTB by up to 125,000 square meters. This will increase the airport’s annual passenger capacity to 6.7 million.

The Laguindingan Airport serves as the main gateway to Northern Mindanao.

The expansion of the PTB will boost annual passenger capacity to 4.3 million. The winning concessionaire will take charge of installing airport equipment at par with international standards.

The New Bohol (Panglao) Airport will replace the existing terminal in Tagbilaran City, currently the eleventh busiest airport in the country. It caters to around 789,800 passengers in 2013 despite its size of only 850 square meters.

Winning bidder Mitsubishi-Chiyoda Joint Venture is constructing the new airport, and it should to be completed in 2017. It can accommodate up to 1.7 million passengers annually. – Rappler.com