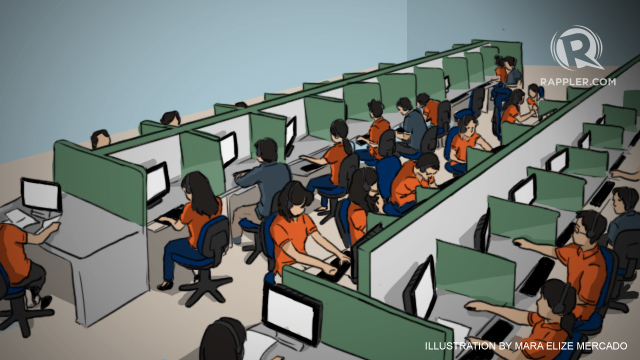 MANILA, Philippines – A favorable exchange rate and the expansion of the business process outsourcing (BPO) sector outside Metro Manila should see the Philippine real estate market continue its bullish run through the second half of 2015 and beyond, said property consultancy firm CBRE Philippines.
“The recent Chinese currency devaluation is a big win for BPO (business process outsourcing) sector,” CBRE Philippines chairman and founder Rick Santos said in a briefing held Thursday, August 20.
Santos explained that the Chinese yuan devaluation weakened the peso against the US dollar, providing more value to foreign-based companies invested in the Philippines. The majority of the BPO industry players in the country cater to North American clients.
This will in turn pull up the real estate market, as BPOs are the main driver for the explosion in demand for office space, he added. (READ: BPOs office spaces keep real estate on the rise)
CBRE also sees other international economic factors that work in the country’s favor: the continued drop in oil prices, the low interest environment, and the US Federal Reserve pushing back the expected interest hike.
Despite weakened global markets, the country remains resilient, backed by strong macroeconomic fundamentals.
“The Philippine economy is expected to strengthen its growth this year on the back of robust consumption and election-related spending as a result of lower inflation due to the collapsing crude oil prices,” Santos said.
The continued momentum of the real estate sector can be seen in the performance of major property developers such as SM Prime, Ayala Land, Megaworld, and Filinvest Incorporated which have all posted more than 10% growth in net income in the second quarter of 2015.
“Demand is high across the real estate sectors. However, lack of developable land in Metro Manila is pushing developers to explore its fringes, giving rise to ‘New Wave Cities’ such as Sta Rosa, Cebu, Iloilo, Davao, and Clark,” Santos said. 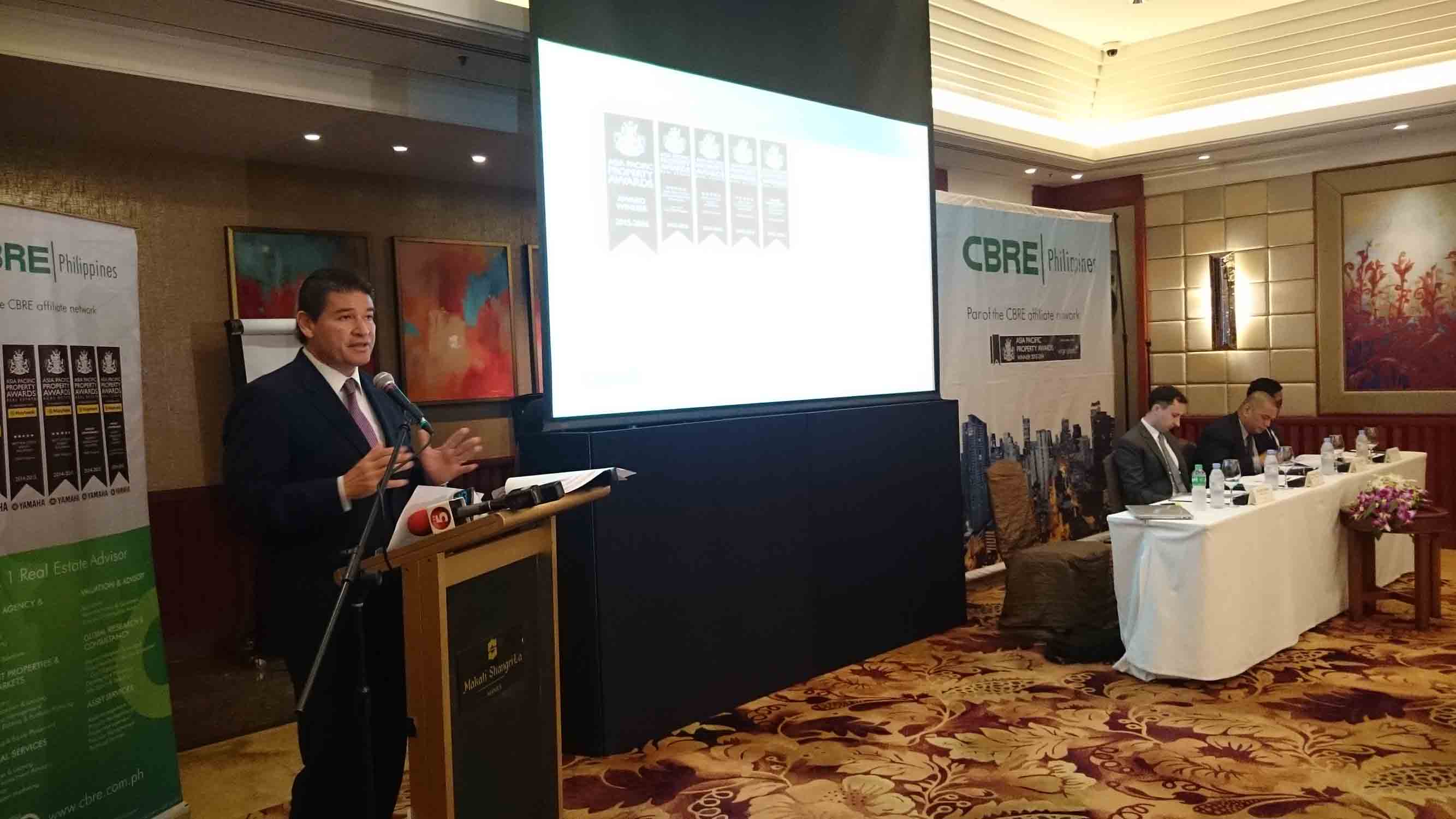 Clark as a BPO hub

CBRE focused on the Clark Freeport Zone in Pampanga, in particular, as a new potential hub for BPOs owing to its strategic location in Central Luzon, good transport links, massive tracts of land for development, and access to a large pool of untapped talent.

“The area sits right on the North Luzon Expressway and has its own airport; when the US government pulled out of Clark, it left billions of dollars in infrastructure that is now being taken advantage of there,” Santos said.

Access to new labor pools at lower rates compared to Metro Manila is another prime factor, he added, as well as Clark’s strong labor population and its strategic location in Central Luzon.

“Clark actually already has a BPO scene, with firms such as Tata Technologies Incorporated, Startek, and Beepo Incorporated [that] have been doing quite well there for years now. The majority of the new office space that rises there is taken up by BPO,” said Morgan McGilvray, CBRE director of corporate agency and brokerage.

Clark Freeport  has about 28,000 sqm of office space at the moment, and the market is expected to grow about 4- to 5-fold in the coming years due to a number of projects catering specifically to the BPO industry, McGilvray added.

There is a lot of new office space in the pipeline in Clark, with a total of 144,120 sqm, among them, the completion of the SM Clark expansion.

Marquee developments such as the Global Gateway Logistics Center (GGLC), a 100-hectare plus development right next to the airport and SM Clark, and the envisioned 288 hectare Clark Green City mixed use development, are other sites set to lure BPOs in the future.

“BPOs are tapping into new labor pools, lower rents, and higher quality new buildings. [They’re] all trying  to get an edge in the next emerging district in the Philippines and now they have more choices to choose from,” McGilvray said. – Rappler.com