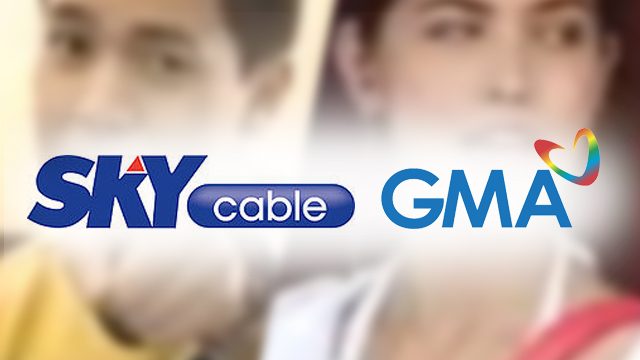 “It has always been our primary aim to be on a par with global standards and innovations in bringing world-class entertainment to every Filipino home,” SkyCable, the pay TV subsidiary of ABS-CBN Corporation, said in a statement on Friday, August 28.

It made the statement 3 days after GMA Network filed a complaint before the National Telecommunications Commission (NTC) against SkyCable due to the alleged signal loss during the airing of noontime show Eat Bulaga.

GMA Network Senior Vice President for Engineering Elvis Ancheta and Vice President for Legal Affairs Lynn Delfin asked NTC to act on the matter for subscribers who are supposedly “being short-changed through the irresponsible acts of their service provider.”

The ABS-CBN unit said the complaint of GMA Network with the NTC regarding shortchanging SkyCable subscribers “is a malicious accusation and is without basis.”

GMA Network, in its complaint, claims that the signal loss during the airing of Eat Bulaga violates Section 6 of the Revised Rules and Regulations Governing Cable Television Systems in the Philippines.

But for ABS-CBN’s SkyCable, the company said it is willing to cooperate with the NTC for any investigation it may wish to do regarding these incidents.

“If there were service interruptions that inconvenienced some of our subscribers, these were isolated and would have affected other channels, not only GMA 7,” SkyCable said in the statement.

“To all our valued customers and stakeholders, we commit to take all necessary measures to give you the best service you deserve and continue working round-the-clock to minimize and immediately resolve any service interruptions in the future,” it added. – Chrisee Dela Paz / Rappler.com