San Miguel in talks with AU’s Telstra for wireless partnership

Aug 28, 2015 4:50 PM PHT
Chrisee Dela Paz
Facebook Twitter Copy URL
Copied
The discussions have reached a point wherein financing is being sought in relation to a joint venture, but nothing is certain yet 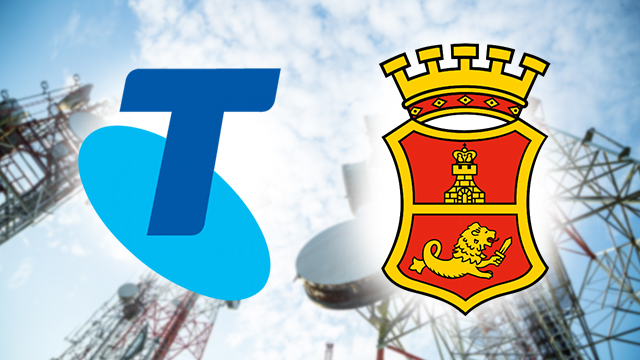 MANILA, Philippines – San Miguel Corporation, the Philippines’ most diversified conglomerate, is in discussions with Australia’s largest telecommunications company Telstra Corporation for a wireless joint venture in the country.

Telstra on Friday, August 28, confirmed to the Australian Securities Exchange that the two companies are “in discussions” and they have reached a point wherein “financing is being sought in relation to that joint venture.”

The Australian telco, however, noted that “no agreements have been reached in relation to these matters and there is no certainty” that the joint venture will happen.

No further details have been disclosed as the agreement has not been finalized.

In a separate disclosure to the Philippine Stock Exchange in July, San Miguel said it will pay P5.75 billion ($123.15 million) in cash to buy out its Qatar-based partner in its subsidiary Liberty Telecoms Holdings, Incorporated.

On the lookout for a partner

In June, San Miguel president and Chief Operating Officer Ramon Ang said his company is “not in a hurry to replace [its Qatar-based partner] with a new one. Many are interested but we have yet to make a decision.”

Qtel West Bay Holdings S.P.C. owned 23.36% of Liberty while White Dawn Solution Holdings and wi-tribe Asia Limited had stakes of 18.44% and 2.86%, respectively, in the company as of end-March.

Prior to the transaction, Vega Telecom, Incorporated held 35.73% stake in Liberty Telecom.