Aug 30, 2015 8:04 PM PHT
Rappler.com
Facebook Twitter Copy URL
Copied
The semiconductor firm plans to invest $10 million for a new state of the art distribution center as it ramps up shipments to 1.9 million semiconductor units this quarter 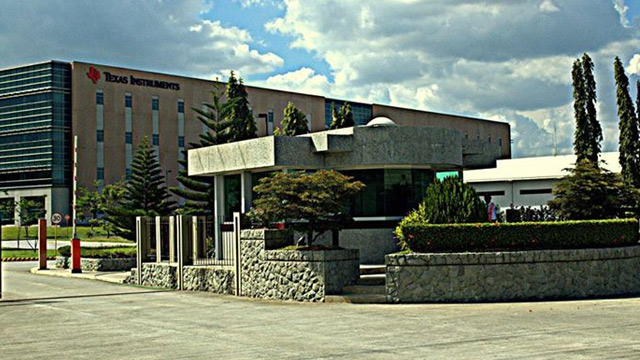 MANILA, Philippines – Texas Instruments Philippines, Incorporated (TI), the biggest semiconductor firm in the country is planning to spend $10 million (P467.4 million) to expand its distribution center at its facility in Clark Freeport Zone.

Mohammad Yunus, president and managing director of TI Philippines shared the firm’s plans during the groundbreaking ceremonies of its expansion project on product distribution center in the Freeport on Thursday, August 27.

“Our current product distribution center is overflowing. We do not have enough space to do an efficient job [in] distributing,” he said.

The new product distribution center is designed to be a state of the art storage retrieval system with high levels of automation, and to have the highest level of workplace ergonomics, he added.

“We are currently looking at two billion units, which could be a new record for any Texas Instruments sites anywhere in the world,” Yunus said.

TI already has an investment of $1 billion (P46.7 billion) for its manufacturing facilities in Clark.

Yunus, confident about the next phase of the TI expansion in Clark, said that the groundbreaking of the new facility is a celebration of what government agencies and private industry can achieve when they partner together for the success of the country.

De Lima said Tugade is a staunch supporter of investment and promotions, and exemplifies a facilitator of development.

“I’ve been in this job for more than 20 years as PEZA director general and I’ve seen presidents of CDC come and go, but the current one is the best,” she said.

The PEZA head said that she hopes for a strong partnership between CDC and PEZA to continue in enticing business leaders to the Clark and PEZA-controlled areas.

In its latest briefing on the state of the real estate industry, property consultancy firm CBRE earmarked Clark Freeport Zone as a hot spot for future BPO offices.

As of June 2015, actual employment in Clark Freeport Zone was recorded at close to 80,000 from 781 registered enterprises, including some government agencies. – Rappler.com