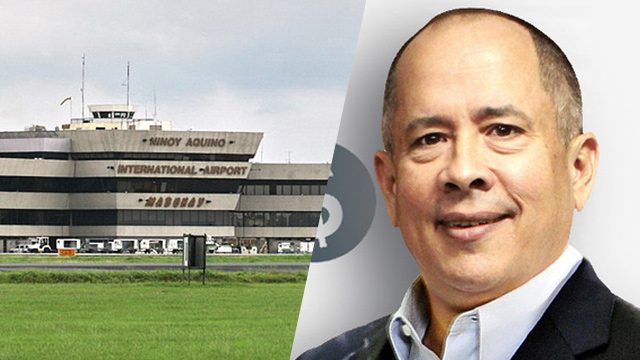 MANILA, Philippines – Conglomerate Aboitiz Equity Ventures Incorporated (AEV) is interested in bidding for the for the redevelopment, operation, and maintenance of the Ninoy Aquino International Airport (NAIA), according to its president and CEO.

AEV President and CEO Erramon Aboitiz said the company’s interest in bidding for the NAIA privatization is in line with the company’s recent move to diversify into infrastructure.

“We are very interested in the NAIA when that is privatized,” Aboitiz said.

Aboitiz said the company is interested in airport projects because of its growth potential amid continued growth of the domestic economy.

“As the economy grows, the tourism also grows because people would want to travel. So we would need airports,” Aboitiz said.

The transportation department plans to turn over the operation and maintenance of the country’s main gateway to the private sector under a public-private partnership (PPP) scheme. It also aims to tap the private sector to redevelop the airport’s facilities.

The NAIA redevelopment includes the augmentation of the air- and land-side facilities to accommodate the expected rise in passenger traffic.

A recent study done by the Japan International Cooperation Agency (JICA) showed NAIA would exceed its designed capacity this year, with its 4 terminals handling 37.78 million passengers – above the 30-million capacity. (READ: #SG50: What PH’s NAIA should learn from SG’s Changi Airport)

The plan is now being studied by the National Economic and Development Authority.

The government hopes to bid out the project in within the year.

Other conglomerates that expressed interest in the NAIA privatization include Ayala Corporation, San Miguel Corporation, and Megawide Construction Corporation.

Apart from NAIA, AEV is also bidding for the bundled airport projects.

The conglomerate earlier partner with Vinci Airports of France to form the Maya Consortium to bid for the P108.2-billion ($2.31 billion) regional airports that the government is bidding out under the public-private partnership (PPP) program.