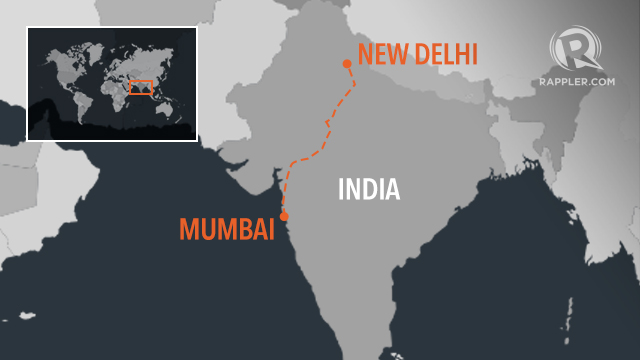 BEIJING, China – A consortium led by a state-owned Chinese firm has won a bid for a feasibility study into a high-speed rail link between India’s political and financial capitals New Delhi and Mumbai, the company’s parent said, in what could lead to a major deal between the Asian rivals.

China Railway, a spinoff from the former railway ministry, said the line will be around 1,200 kilometers (750 miles) long but provided few other details.

China has hugely expanded its own high-speed rail network in recent years, and it is now the largest in the world with around 17,000 kilometers of track in service, according to China Railway.

Beijing has been actively promoting the technology abroad – often with lower bidding prices and favorable loan conditions – in a bid to capitalize on the lucrative international market and upgrade the “Made in China” brand.

China Railway said on September 23 the consortium, which also includes Indian companies, won the bid to carry out the study, saying the Indian award “fully reflected the approval of China’s high-speed rail technology by the international society and the international fast rail market.”

India has also solicited bids for feasibility studies on lines between Mumbai and the southern city of Chennai, and linking New Delhi and Calcutta, the company added.

China in May signed a memorandum with Russia to invest billions of dollars in a high-speed rail line linking Moscow and the Volga city of Kazan.

But its push has also had some setbacks.

In 2014, Mexico cancelled a contract for a Chinese-led consortium to build what could have been Latin America’s first high-speed rail line amid questions over the legality of the bidding process.

Indonesia earlier this month dumped plans for its first high-speed railway in favor of a slower and cheaper rail option, in a blow to Japan and China who have been fiercely competing to win the construction contract.

In April, the Chinese state media announced that a railway between China and Nepal could include a tunnel under Mount Everest was under consideration, as Beijing builds links with a country India regards as firmly within its sphere of influence.

The Qinghai-Tibet railway already links the rest of China with the Tibetan capital Lhasa and beyond, and an extension running as far as the international border is already being planned “at Nepal’s request,” the China Daily newspaper reported, quoting an expert at the Chinese Academy of Engineering. – Rappler.com