How cheaper solar power could disrupt the energy sector 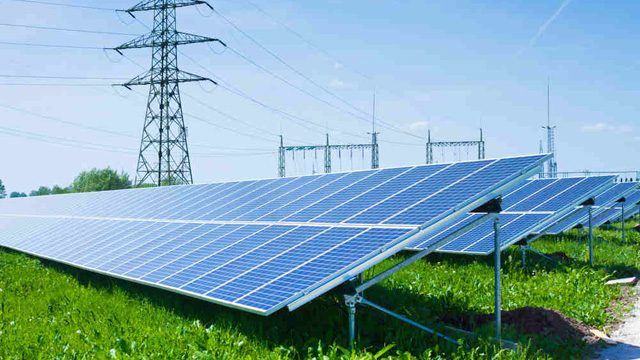 Facebook Twitter Copy URL
Copied
Solar panel prices are falling to a point unrivaled by other forms of energy, leading to more household adoption and altering the way power is supplied, says an energy expert

MANILA, Philippines – The rapid fall in the price of solar panels will radically alter how energy will be distributed and used in the future and the Philippines has to plan for it now, an energy expert said.

“We know what solar Photovoltaic panels will cost in the future because we are investing the money in it now and it will incredibly cheap; nothing will beat it. The only question is how do we cope with integrating it into the grid,” Menke said.

A key question for the future of energy supply, he said, is whether energy will be centralized or decentralized because the latter is looking increasingly more likely.

“It will rock the boat,” Menke said.

Past 2016, consumers of electricity will also be producers as renewable energy, particularly solar panels, gives consumers to the ability to generate their own electricity by installing them in their homes, Menke said. (READ: How practical is solar power for PH home owners?)

Solar power generation rates are falling rapidly based on the levelized cost of electricity, a measure of a power source which compares different methods of electricity generation.

This ties in with the findings of Deutsche Bank, which stated in its 2015 Solar outlook report that solar module costs will fall another 40% over the next 4 to 5 years.

“We are talking about P1.04 of generation cost in the long run here. That is so incredibly cheap that if you have a conventional plant that doesn’t have a supply fuel contract, you won’t find any takers for your power,” Menke said.

As the price of renewable energy components falls, global events are also conspiring to drive the cost of fossil-fueled energy up, the energy expert said.

“Together with climate change, we will have curtailment of fossil fuels,” Menke said.

The UN climate change talks to be held in Paris from late November to December are hoped to lead to a deal that will challenge national governments to adopt cleaner energy sources, with tariffs placed on fossil fuels like coal a distinct possibility.

As an example, he presented the German utility firm RWE which lost 95% of its shareholder value as Europe’s transition to clean energy has forced it to cycle down its unprofitable coal plants.

“As Mikhail Gorbachev said, when you come late to the party, life will punish you,” Menke said. Planning ahead for renewables

The Philippines, he shared, is much better situated to handle a transition to a renewables dominated energy landscape due to its strong economic growth. (READ: PH climate commitment draft presented to stakeholders)

While it is impossible to predict the future accurately, it is important for the Energy Regulatory Commission (ERC), Department of Energy (DOE), and industry stakeholders to define an overarching energy vision of where the country will be in 2030 and 2050, Menke said.

Reaching a consensus would enable long term planning in preparation for dealing with the new economics of cleaner energy.

Right now, what is only clear is the need for a more balanced energy mix but there is no clear vision of how the energy system and crucially, the utility grid, will look like in 20 years, he said.

This is important, he added, as the rise of cheaper renewable energy will change the way the grid will be structured  in the future.

With more households installing home solar systems, there will be lesser demand for power from a centralized source, like the Manila Electric Company (Meralco). It will make the future need for reliable baseload power that coal plants are known for, “questionable,” Menke said.

The rapid advancement in energy-storing technology is also contributing to this. Home storage is now possible through products like the Tesla Powerwall. (READ: New technology has Meralco worried about disruption)

Menke explained that one of the problems with renewable energy is the intermittency of electricity production as the systems rely on natural sources such as the sun and wind to generate power.

Utility grids in the future would need to be more flexible as demand becomes more intermittent, and should learn how to deal with the peaks and valleys of demand throughout the day.

“The challenge of renewable energy will not be intermittency but forecasting as the system will need to deal with very steep ramps of power at different times of the day and low demand on others,” he said.

Menke shared that it took utilities in Germany about 15 years to be able to predict demand with such accuracy that the system only needs a reserve margin of 4%.

By comparison, the Philippines currently sets it at 24%, he said.

He said engineers and technicians have to be trained to deal with the new energy reality as well.

“Utilities need time to learn this, which is why it’s important to  start developing the renewable energy sector now and build it up slowly while building expertise along the way,” Menke said. While building a future stock of renewables is good, other economic factors such as current price and reliability of power should be considered in planning a long term vision, said former Philippine finance undersecretary Romeo Bernardo, who has worked as an advisor to the World Bank, the International Monetary Fund, and the Asian Development Bank.

“It’s important to note the Carbon dioxide footprint of the Philippines per person is 0.8 tons per person, 17 tons for the US and 10 tons for the EU, so we’re not here to solve the problems of carbon emissions and it should not be our driving concern,” Bernardo said.

The focus should be on generating jobs for the one million new jobseekers every year, he said, adding that the high cost of power – often cited as an impediment to investment – has to be a big priority.

Bernardo said the problem with renewables is their high cost, exacerbated by the feed-in-tariff (FIT) charged to consumers to make it economically viable for firms.

“We might not need the FIT in 20 years but that might be too long. In the meantime, it contributes to already high prices and hinders investment. If we enter into long term FIT contracts, we will be straddled with these high costs for a long time,” he said.

Bernardo also pointed out the fact that the price of fossil fuels has also fallen dramatically and is expected to stay low for the long term which provides an opportunity for growth.

Another of concern is the current unreliability of renewable energy production as it could hinder the growth of the manufacturing sector as well.

“We need to have a long term view not just on the disruptions in the power sector but where we want to go as a country as well,” he stressed.

Menke acknowledged that the FIT is high at first, but that it is a necessary step to give the industry time to develop before the FIT is gradually lowered.

He also warned against planning for a future based on volatile commodity prices.

“Fossil fuel plants last for more than 40 years. Oil and gas may be cheap now but who will pay for it when the prices go back up?” he said. – Rappler.com