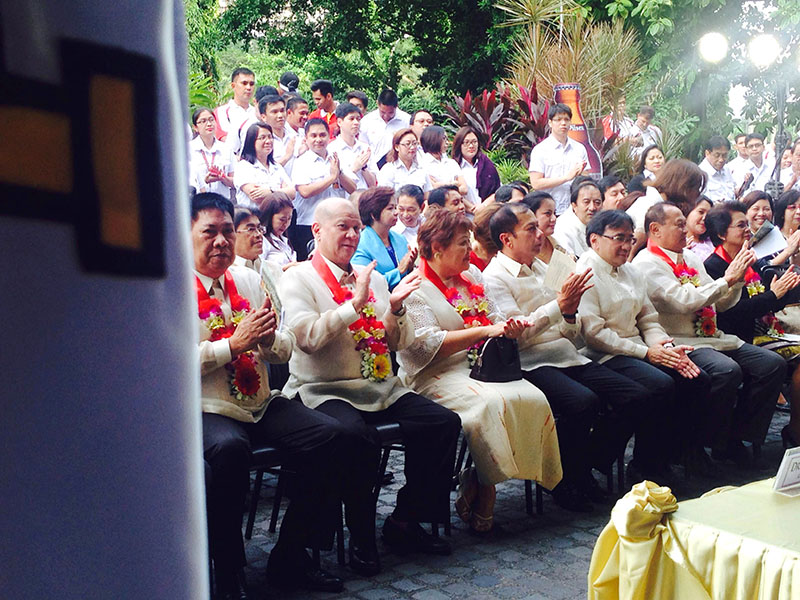 MANILA, Philippines – San Miguel Corporation (SMC), the Philippines’ most diversified conglomerate, forecasts profit to more than double in the next 5 years, as it grows all businesses and enters into new acquisitions.

“Today, the revenue of the group of companies, if we consolidate, is about $20 billion. We hope in the next 5 years, we can reach $40 billion to $50 billion through acquisitions and organic growth,” SMC President and COO Ramon Ang told reporters on the sidelines of the conglomerate’s 125th anniversary in Mandaluyong on September 29. (Editor’s note: Earlier version of the story was titled “San Miguel targets to double profit in 5 years.” This has been updated to say the diversified conglomerate targets to double revenues within that period.)

SMC, according to Ang, aims to build more tollways, make new acquisitions in the oil and gas sector, as well as to be a third player in the telecommunications sector.

“If we consolidate, revenue is about $20 billion. We hope in the next 5 years, we can at least reach $40 billion to $50 billion revenues through acquisition and organic growth,” Ang told reporters.

The discussions between the two companies have reached a point wherein financing is being sought in relation to a joint venture, but nothing is certain yet.

The joint venture, according to Ang, will offer voice, text, and Internet services with focus on mobile-broadband services.

“The equity contribution of Telstra is not much. Whatever contribution they will put in is nothing to them,” Ang said.

“The moment we switch on our telco, it will be a superior network. We’re building a network that will provide our countrymen a good network that will work,” Ang told reporters, without divulging more details regarding the venture.

Currently, the country’s telecom industry is being dominated by the Philippine Long Distance Telephone Company (PLDT) and Globe Telecom, Incorporated. 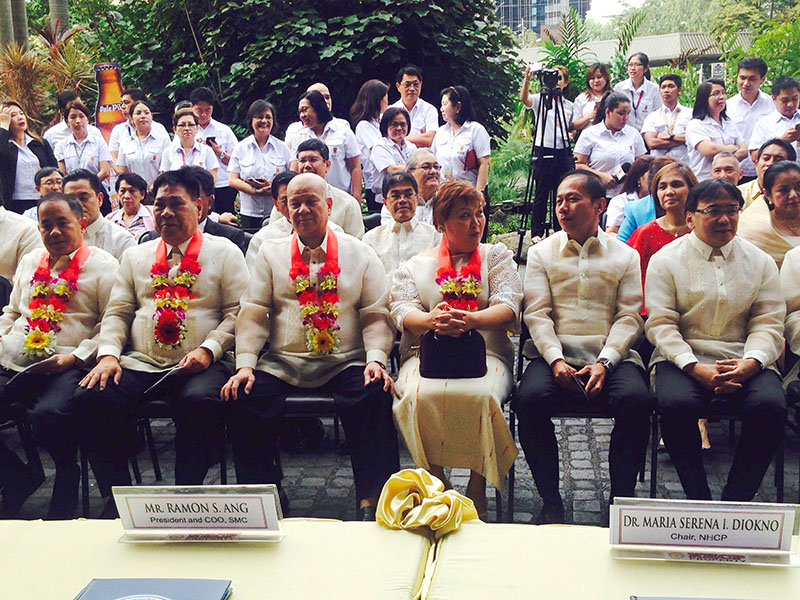 In 2007, SMC started an aggressive diversification program wherein the conglomerate made several acquisitions in banking, infrastructure, fuel and oil, energy, and telecommunications.

In the next 5 years, the chairman of SMC said the conglomerate hopes to secure more acquisitions in the oil and gas fields overseas.

“[We’re] in talks [with prospects] in the past several years,” Ang said without providing more details.

In the first half of 2015, the country’s largest food and beverage company saw its consolidated net income down by 8% to P16.9 billion ($361.10 million) from P18.4 billion ($393.15 million) in the comparable period last year, due to foreign exchange losses and a decline in sales. – Rappler.com