PLDT in talks with Globe for bilateral IP peering 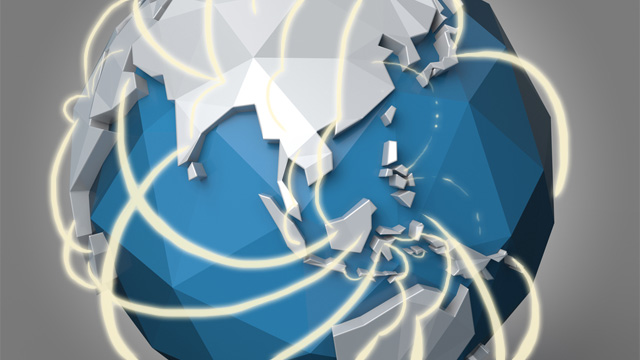 (UPDATED) MANILA, Philippines — Telecommunications giant Philippine Long Distance Telephone Company (PLDT) is in talks with rival Globe Telecom, Incorporated for an Internet protocol (IP) peering arrangement that is seen to improve local Internet linkages and raise the quality of Internet in the country.

On August 14, PLDT said it reached out to and started discussions with Globe for a bilateral IP peering agreement.

“[We] subsequently submitted a draft proposal based on internationally accepted peering practices, and is in active discussions with Globe,” PLDT said in a statement.

This was after Globe issued a statement in September, calling on rival PLDT for an “all-inclusive IP peering arrangement.”

For PLDT Executive Vice President Ernesto Alberto,”discussions with Globe are part of a broader effort of PLDT to improve Internet services in the country.”

Alberto, however, did not elaborate on the status of the discussions with Globe. (READ: Sereno asks telcos to act swiftly on PH’s slow Internet)

“We are pursuing several parallel initiatives that, taken together, will help deliver an improved Internet experience for Filipinos,” Alberto added.

In September, PLDT reached an agreement with the Department of Science and Technology (DOST) to provide fiber optic facilities that would link the telco to the DOST’s Philippine Open Internet Exchange (PHOpenIX).

PLDT would become the third physical connection point of the PHOpenIX, allowing most, if not all, government offices to be locally peered.

“Local peering will help improve the web experience of Internet users in the country by keeping local traffic local. That is why we struck an agreement with DOST and why we are pursuing another one with Globe,” Alberto said.

“But we need to combine this effort with other initiatives to really have a substantial and sustained impact on the Internet experience of our customers,” he added. (READ: PLDT promises faster loading gov’t websites)

The PLDT official explained that about 95% of the web content accessed by Filipinos are sourced overseas, primarily North America and to a lesser extent, Europe.

Moreover, Filipinos’ Internet habits are shifting towards multimedia content, particularly high-definition streaming video, which are much more bandwidth-heavy than other web traffic.

As a result, the required international cable capacity to carry the growing multimedia traffic from abroad is rising rapidly.

Alberto explained there are two ways to address this challenge. First, PLDT is periodically building additional international cable capacity to stay ahead of the soaring demand for multimedia content.

Second, PLDT is storing or “caching” in its data centers in the country as much popular overseas web content as possible.

To support that effort, PLDT said it operates 6 data center facilities with a current total capacity of over 3,200 racks.

“Two more data centers will be operational by first half of 2016, which will raise the Group’s total capacity to over 8,000 racks,” PLDT said.

“Local caching really helps, but this has limits. A lot of the most sought-after Internet content is very dynamic.  Like, you cannot locally cache news sites or secure web sites such as those of banks and other financial institutions,” Alberto said.

In another effort to improve the Internet experience of its customers, PLDT said it is rolling out more domestic fiber optic cable facilities for use in both backbone transmission and distribution to the home or office.

Its wireless subsidiaries Smart Communications and Sun Cellular are also rolling out high-speed 3G and 4G/LTE facilities, which are seen to improve the coverage and quality of their mobile and wireless broadband services.

“Internet infrastructure has many ‘moving parts.’ We have to undertake various simultaneous initiatives to make changes that will really benefit our customers and the public,” Alberto said.

For its part, Globe confirmed it is currently in talks with PLDT for an IP peering arrangement but laments PLDT’s proposal will prevent Globe customers from accessing content and applications hosted by PLDT data centers.

“The proposal does not go far enough even to meet the definition of peering. We are hoping any bilateral arrangement with PLDT would effectively reduce latency of local intent and improve Internet speed,” Globe Chief Operating Officer Gil Genio said in a statement on Wedneday, October 7.

Globe said its executives has pointed this out to PLDT officials, who will look at the possibility of revising their proposal.

“Having an agreement on IP peering is one thing and monitoring to make sure all websites, content and applications are in fact visible to us is another thing and should be a constant process,” Genio said. Both parties, according to Genio, should ensure that an ideal peering relationship is established.

The Globe official added that PLDT’s decision to bring the issue at the negotiating table is “commendable,” adding that Globe has been actively advocating for IP peering for over 6 years now.

“We are optimistic as PLDT has finally responded positively to our long-standing call for IP peering. We are confident that ongoing discussions will lead to better quality of internet services benefitting customers of both parties and the country as a whole,” he said.

“If implemented, such arrangement will encourage multinational companies to locate their websites, services and businesses in the country. Such facility will also ease the country’s dependence on International cables and improve data resiliency,” Genio said. – Rappler.com

3D image of Asia in focus via Shutterstock