The new offshore platform completes the 3rd phase of the Malampaya project and will maintain the level of gas production to fulfill commitments under existing gas sales agreements.

It ensures the steady supply of natural gas to power the Luzon electricity grid along with the drilling of two new production wells, which were completed in 2013, SPEX said.

“We take great pride in the completion of this complex and challenging project. This is the first offshore platform to be designed and constructed in the Philippines. This is another landmark accomplishment for the upstream petroleum industry in the country,” said Philippine Department of Energy (DOE) Officer in Charge Zenaida Monsada at the inauguration ceremony held Monday, October 5.

She added that the new platform “will enhance the pressure of drilling for gas, as the pressure at the facility dropped after several years, which meant that the they may not be getting the required volume. This is to ensure they meet contractual obligations.”

A team of more than 1,400 Filipino workers took around two years to build the platform at the Keppel Shipyard in Subic, Zambales, after which it was towed to the Malampaya site.

Both the existing Shallow Water Platform and the new DCP are designed to withstand the typhoons and earthquakes which the Philippines experiences. 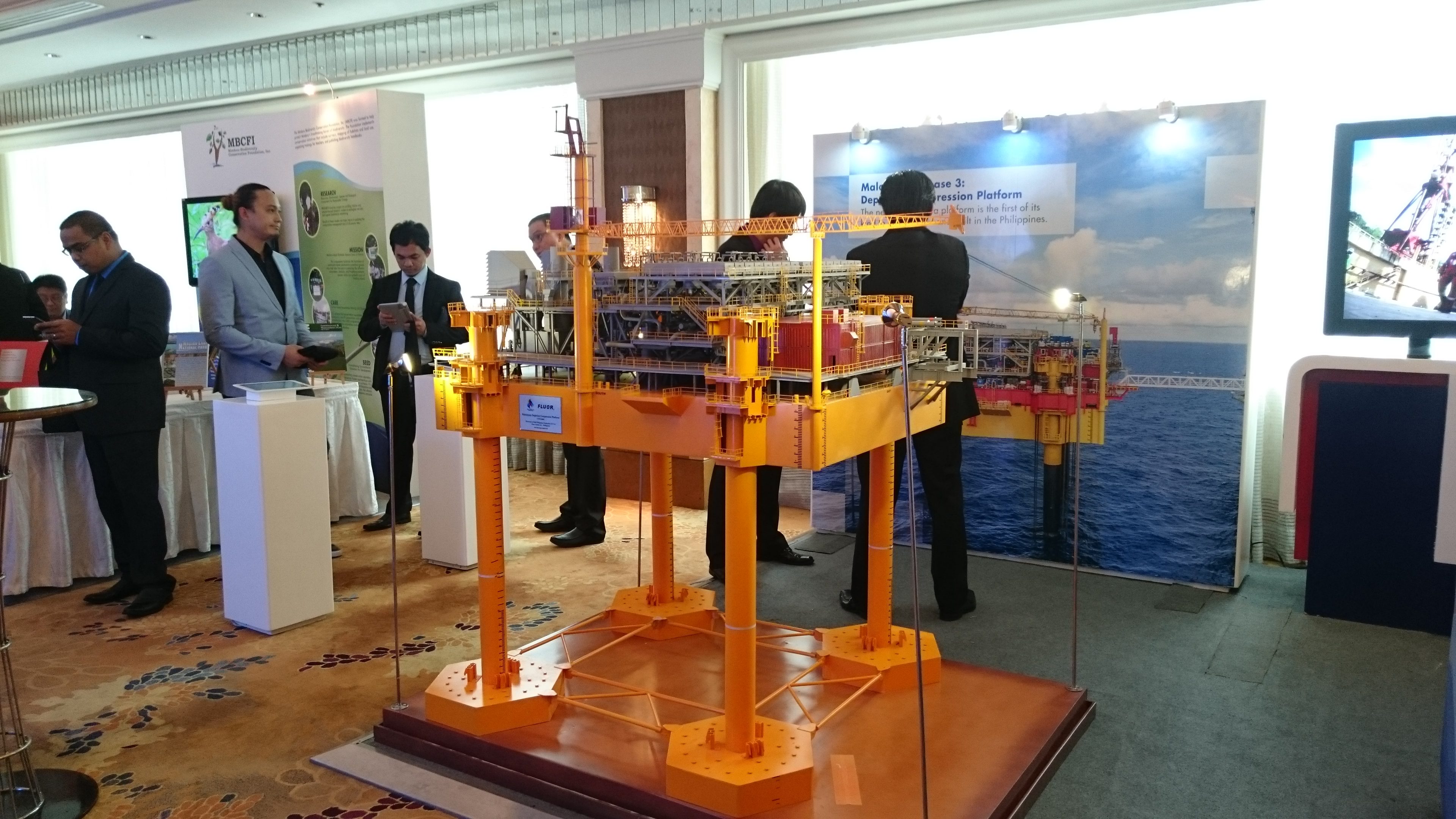 The Malampaya facility supplies natural gas used to fuel 3 natural gas-fired power stations, with a total generating capacity of 2,700 megawatts (MW) to provide around 30% of the country’s energy needs.

The Manila Electric Company (Meralco) sources about 45% of its power requirement from the gas plants, which, in turn, rely on Malampaya to fuel their facilities.

It is seen as one of the best examples of a highly successful public-private partnership (PPP), with the project spearheaded by DOE and developed and operated by SPEX, on behalf of joint venture partners Chevron Malampaya LLC and the Philippine National Oil Company – Exploration Corporation (PNOC).

The consortium, however, is currently embroiled in a controversy with the Commission on Audit (COA) regarding taxes. (READ: COA orders Malampaya contractors to pay gov’t P53-B taxes) There are also concerns that the natural gas field the facility sits on is running out, with the general consensus being it can last for around 9 more years to 2025.

The DOE however has said that this may be extended to 2029 to 2030 if run as a baseload and further than that if run on mid-merit plant.

Mid-merit plants supply the gap between base load and peaking plants, which operate during peak hours.

The current consortium has also asked for an extension of its current contract in order to carry out more drilling and exploration for natural gas deposits. It has also asked the government to provide assistance to make the project more enticing. (READ: Malampaya consortium seeking extenstion until 2039)

Monsada shared at the inauguration that that the government was still working out the details for the extension.

The license granted to the Malampaya consortium to conduct exploration and drilling activities for new natural gas deposits under SC no. 38 is valid until 2024.

In preparation for the Malamapaya field drying out, the private sector has also announced a number of plans to ensure supply such as First Gen Corporation’s planned investment in a Liquid Natural Gas (LNG) gas terminal. – Rappler.com