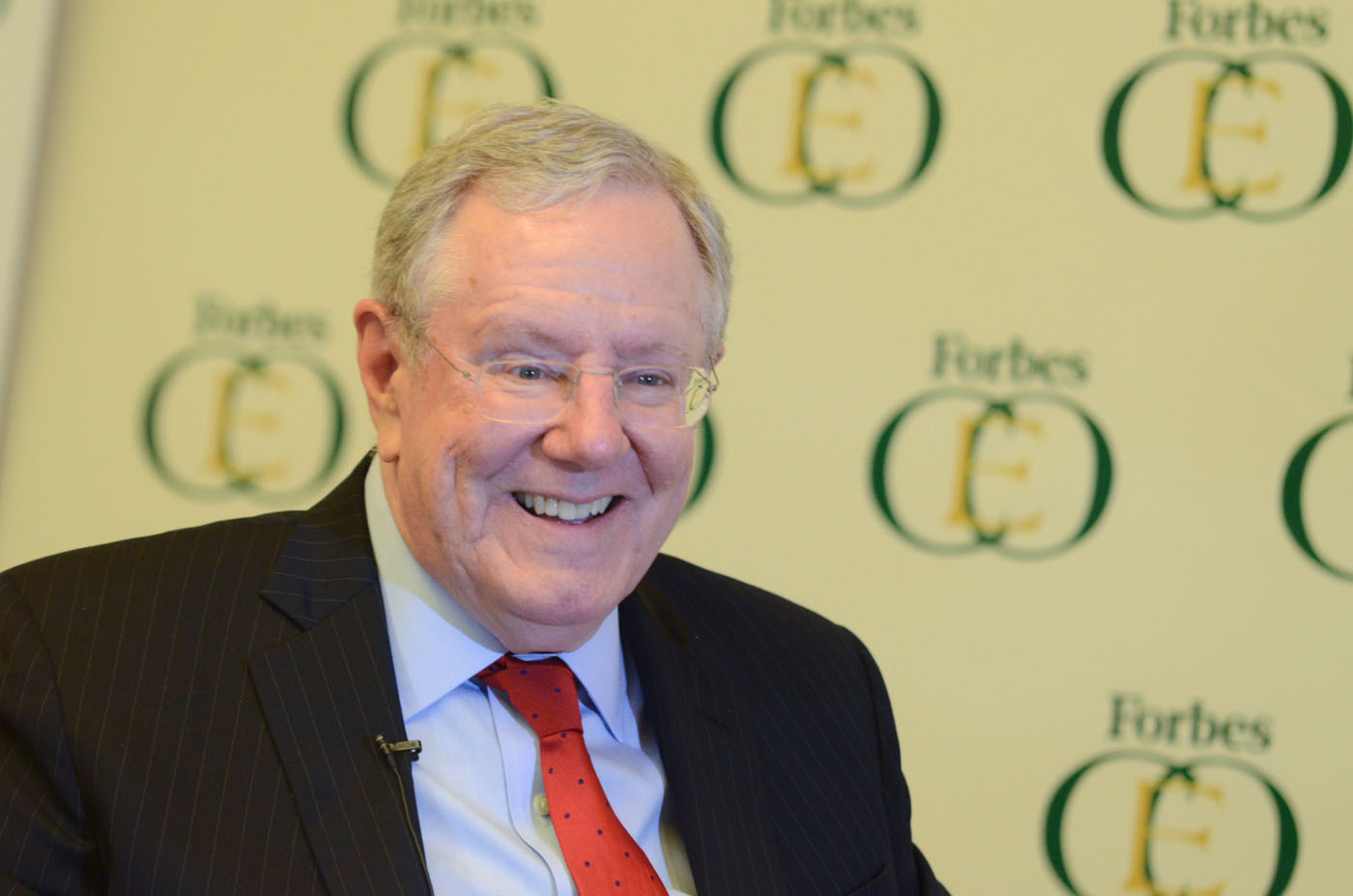 MANILA, Philippines – For the chairman and editor-in-chief (EIC) of the about 100-year-old Forbes Media, print media will get stronger in the coming years with the help of the Web. (READ: LIVE BLOG: Forbes Global CEO Conference 2015)

“There is no right or wrong formula to take for [media organizations], but you have to be inventive as you go along. You have to embrace both traditional and new media,” Forbes Media Chairman and EIC Steve Forbes said in an interview with Rappler’s CEO and Executive Editor Maria Ressa on the sidelines of the Forbes Global CEO Conference 2015.

New media – or the way organizations use all social media channels to boost traffic – is changing the overall media landscape. According to Forbes, it diversifies the way businesses target advertisements and track their readers’ preferences.

But for the head of Forbes Media, this does not mean print media will be dead in the next decade. (READ: PH Telcos, TV networks ride double-edged digital wave)

“It (the Web) even enhances the way print content is being produced. For print media, there are lots of content – like sport scores and horoscopes – not just hard news. These can be online. That way, you boost interaction,” Forbes said.

In July 2014, Forbes Media announced that it agreed to sell its majority stake to a group of Hong Kong investors.

“The group supports Forbes Media’s ongoing transformation into a global media, branding, and technology company [from a distinct offline brand],” a news report from Forbes.com said.

“You don’t have to be a great prophet to foresee the future, but you have to meet the changing needs of your customers. And you should do it better than anyone else,” Forbes told Rappler.

He admitted that print revenues are under pressure, but the desire for people to read in print will remain. 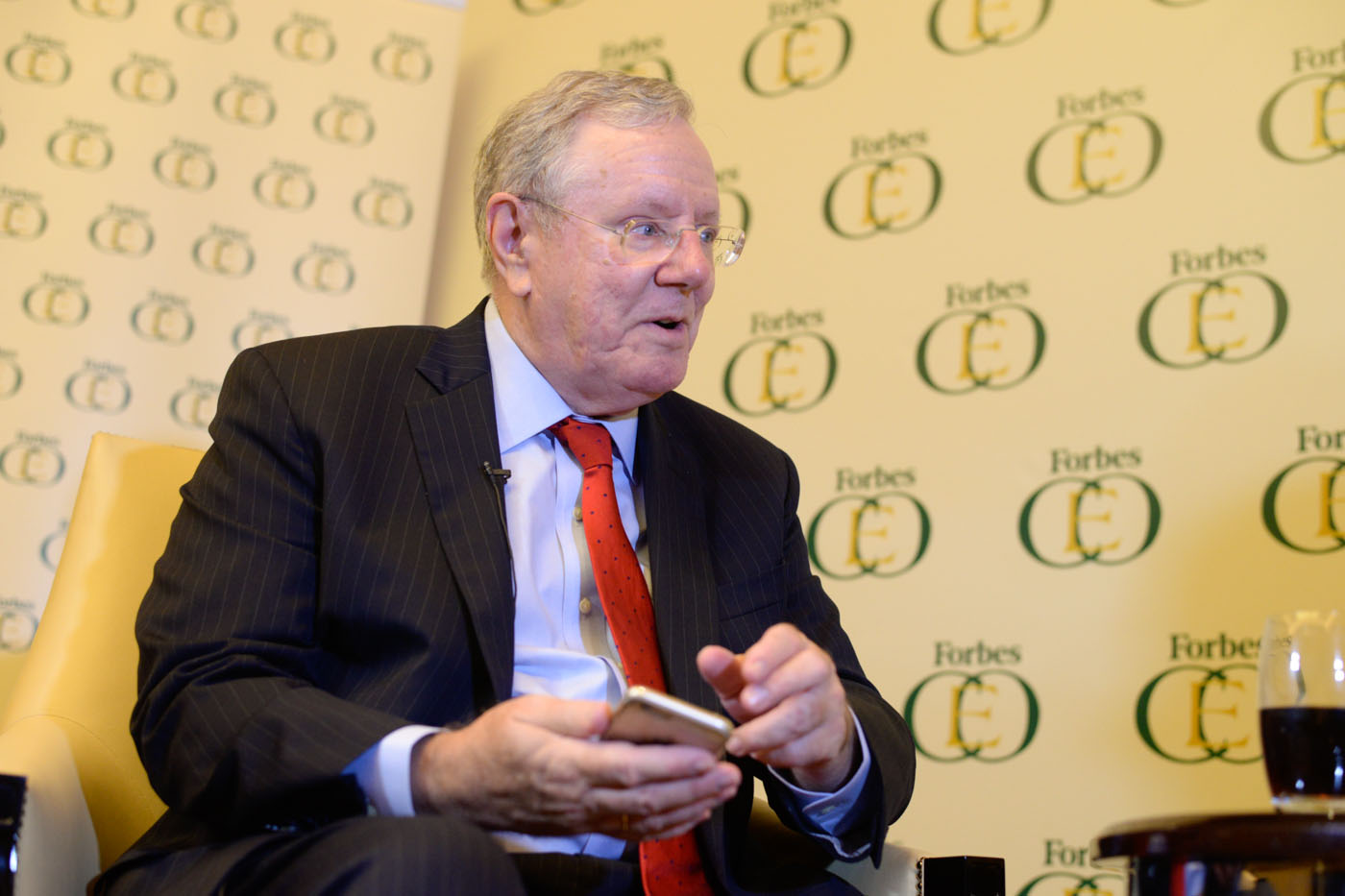 “The purpose of business is to produce happiness, not to pile up money,” Forbes said.

“Happy customers create happy shareholders when you have a product that people like. At Forbes, we continue to look at how to meet that – like how we tied print content with the Web,” Forbes said.

In the past years, Forbes Media has transformed from hiring only print journalists to “growing over 1,700 contracted contributors,” its chairman and EIC told Rappler. (READ: Steve Forbes: Expect turbulence in the short term)

“Because of that, our traffic is now around 60 million unique visitors a month. Instead of putting our heads in the sand, we should just embrace the fact that Web will stay and work around with it,” Forbes said. – Rappler.com