Asia to be ‘world laboratory’ for financial inclusion

Oct 27, 2015 9:00 PM PHT
Chris Schnabel
Facebook Twitter Copy URL
Copied
And the Philippines can lead the way with the rise of e-commerce, says an expert 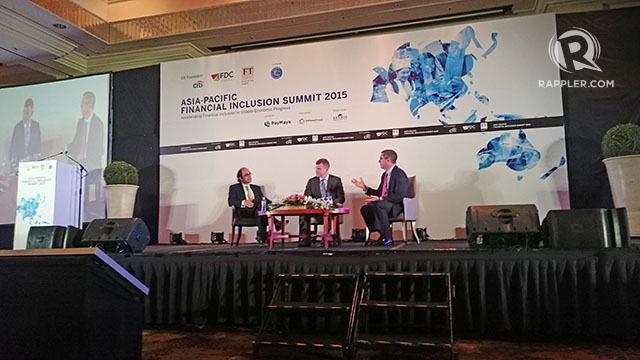 MANILA, Philippines – Asia is already the world’s growth engine and it is increasingly becoming the world’s testing ground for new digital innovations in reaching out to the people without formal access to the financial system.

Most places in Asia lack the kind of financial infrastructure like bank accounts, ATM cards and credit cards which facilitate digital payments and remittances sending. (READ: VISA pushes for financial inclusion in PH)

In addition, most of its population is adept with smartphones and there is a huge diaspora both internationally and regionally,” explained Bhaskar Chakravorti, associate dean and executive director of the Institute for Business in the Global Context at Tufts University.

“Because of this, I do believe that Asia will become an innovation lab for financial inclusion and services that run on top of some of these platforms such as mobile phones,” he said, adding that it will be where the world figures out how to make these innovations work and go mainstream globally.

Chakravorti was speaking on the sidelines of the first day of the Asia-Pacific Financial Inclusion Summit held on October 27 in Makati.

The inaugural summit is a consolidation of the region’s two leading forums: the Citi-FT Financial Education Summit and the Asia Microfinance Forum, and aims to serve as a common platform for collaboration amongst stakeholders seeking to achieve greater financial inclusion in the region.

Close to a breakthrough

New digital platforms, such as mobile payments and e-wallets, are gaining ground, which makes scaling up financial inclusion to those without banks accounts possible and close to becoming mainstream, Chakravoti said.

One of the keys to making these digital platforms work, he said, is making it simple from a user’s standpoint. (READ: 23M adult Filipinos run out of money for basic necessities – survey)

“I think we’re there, we’re on the cusp of that. There are now a lot of solid models that allow for making payments with using SMS and now with the increasing proliferation of cheap smartphones its really about to take off,” he said.

Smartphones will allow for more complicated transaction with a simple app, he said. Producers just need to make sure that doing so won’t require much education or trial and error. This way, users aren’t intimidated and begin to use it frequently.

“The other key is trust and the security that a user’s data isn’t exposed to somebody else or that the user has made payment and it has made it to the recipient. Closing that loop is going to be the second part of making it mainstream,” he added. 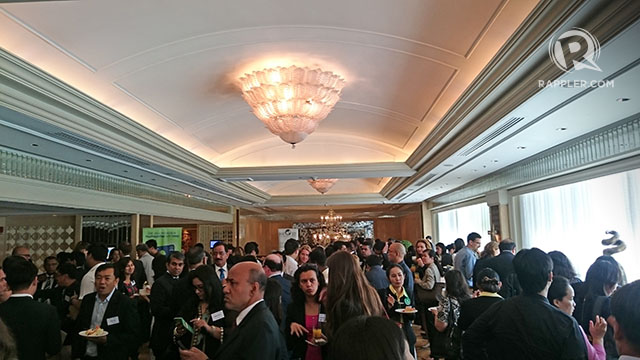 Chakravorti doesn’t believe that these new digital platforms will eventually lead to consumers moving over to traditional finance such as bank accounts and checks.

“After all, if you’ve started with a mobile phone, it’s unlikely you’ll switch to a landline,” he said.

He did concede that there might be some some hiccups down the road.

One potential problem, he shared, is that as consumers gain more purchasing power and experience, they will want more financial options. These digital platforms will need to be closely integrated into traditional finance, which will be difficult.

The other thing that worries Bhaskar is digital vulnerability or hacking.

“It’s a huge issue. Right now the target of most hacks are developed countries because that’s where the money is but over time, as everybody’s financial system is riding on these new digital platforms networks, its a time bomb,” he said.

Philippine can be a leading edge in digital inclusion

The Philippines is already seeing a lot of digital financial inclusion taking place, Chakravorti said, citing one area that excites him: e-commerce.

As the middle class grows, people are looking to move their purchases online, he explained, and that can really act as driver for more financial inclusion as consumers will look to digital financial platforms to facilitate this.

As digital payment grow, different elements are going to have to fall in place. You have the telecom, retail and logistics companies and banks, and all of them need to some extent collaborate to make it a seamless value chain, he added.

“The Philippines can become a leading edge in this move as the economy essentially features a small number of industrialist families with highly diversified conglomerates that cover these areas of the value chain.”

One example is BPI Globe MyBanKO, which started as a joint venture of Bank of the Philippine Islands and Globe Telecom both of whom are subsidiares of Ayala Corporation.

This is unlike other countries where parts of the value chain are much more fragmented, he said. Here, change can happen much more quickly, he added.

Even companies like PLDT, he said, which grew out of a traditional monopolistic model, are taking a very forward thinking view where they are thinking of using big data to create further links along the digital value chain.

And as the big digital players in the region, like SingTel or Alibaba, look to expand, the Philippines would look very attractive to them, he said. – Rappler.com