Nov 1, 2015 1:03 AM PHT
Chrisee Dela Paz
Facebook Twitter Copy URL
Copied
The DOTC says it is studying the structure of aviation security, setting up additional CCTVs, changing handling procedures, and stepping up the investigation on the alleged 'laglag bala' scam 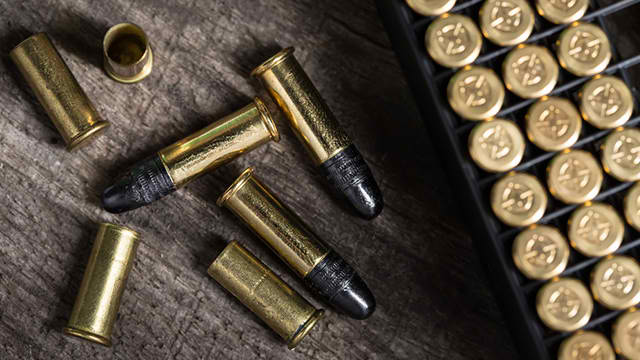 MANILA, Philippines — Transportation Secretary Joseph Emilio Abaya said the public should not worry about “tanim bala” or bullet-planting scam happening inside the  Ninoy Aquino International Airport (NAIA) terminals and other local airports, as  government exhausts all means to stop the alleged scheme.

Abaya said his office has heightened measures to stop the alleged scam, which has angered the public and caught the attention of foreign media outlets, such as Time and the British Broadcasting Corporation.

“We are definitely conducting an investigation and will not tolerate this tanim bala operation. We have terminated and have filed charges against OTS (Office of the Transportation Security) and MIAA (Manila International Airport Authority) personnel before, and will not hesitate to do it at all,” Abaya told Rappler in a mobile phone reply.

The DOTC chief said his agency is studying the structure of the aviation security, setting up additional closed circuit televisions (CCTV), changing handling procedures, and heightening the investigation on the alleged scam.

“We will start installing additional CCTVs on Monday in the screening stations and we have changed handling procedures so that only the passenger handles his or her baggage. Likewise, passengers are reminded to leave bullet amulets and souvenirs at home…We will continue our investigation on our personnel to ensure no tanim bala operations happen in our airports,” Abaya said.

“Rest assured the public shouldn’t be worried about it but [they] have to perform their role of being vigilant with their belongings, to inspect their bags to the last secret pocket before packing their things, make sure they know the contents of bags they carry even if pakiusap (favor),” he added.

Last Friday, October 30, a Manila-bound passenger was arrested inside the Francisco Bangoy International Airport in Davao after two live bullets were found in his baggage.

Several similar cases were reported in NAIA terminals over the last few weeks.

The cases in Manila are widely believed to be a scam, with airport police and security personnel accused of framing passengers so they could extort from them. This has since been called “laglag-bala” or dropping bullet into a bag or “tanim-bala,” planting bullet into a bag. (READ: How to curb ‘laglag-bala’ modus and airport extortion)

This issue emerged after the NAIA was removed from the list of world’s worst airports of the Guide to Sleeping in Airports website.

No fine for empty shells

A Japanese tourist was one of the latest passengers to be detained  for alleged possession of bullets, the transportation chief said, but his case is different from the widely reported cases.

“The Japanese citizen admitted he came from a firing range and got two rounds as souvenir and forgot it was in his jacket. On the day we inspected, there were two passengers in (NAIA) Terminal 2 who admitted they owned the live ammunition. I will present data on incidents in a press conference early next week,” Abaya explained.

The DOTC chief added that his office is studying the structure of aviation security to come up with the best model for passenger protection.

“There are very specific ICAO (International Civil Aviation Organization) provisions which we have to comply with, specifically Annex 17 pertaining to aviation security which was an amendment because of 9/11,” Abaya said.

He said that transportation officials have been “studying the structure of aviation security with OTS, Philippine National Police-Aviation Security Group, and MIAA Airport Police and CAAP (Civil Aviation Authority of the Philippines) as our implementing agencies.”

“Merely abolishing OTS without thinking isn’t the solution. Every unit has a role to play. There are a lot of models we can follow and we are looking for what is best for us,” Abaya said, referring to calls to abolish the OTS, which was created during the Arroyo administration.

Meanwhile, Malacañang said on Saturday that it is upset over the bullet-planting scam allegedly happening inside Manila airports and said the DOTC is conducting a probe into it.

In an interview on state-run dzRB, Presidential Spokesman Edwin Lacierda said both President Benigno Aquino III and Abaya have instructed airport authorities to investigate the incident.

“Nakakalungkot po na nangyayari ito (It saddens us that this is happening),” Lacierda said.

A syndicate working inside NAIA is allegedly behind this scam and Lacierda said the DOTC is going to take a hard look at this claim. “Kung talagang may sindikato diyan, titingnan po ng ating kalihim na si Secretary Jun Abaya (If there is really a syndicate, Secretary Jun Abaya will investigate).”

Lacierda also said he understood why some passengers are apparently getting paranoid over this incident but he assured them that authorities are already working to address the situation.

Senators Ralph Recto, Miriam Defensor Santiago, and Alan Cayetano have called for a Senate investigation into the incidents. Recto even proposed that a presidential action desk be set up at NAIA, so alleged victims can be assisted, but Malacañang said those help desks are already in place. – with reports from Editha Z. Caduaya/Rappler.com