Globe CEO on Telstra: I’m not scared of ghosts

Nov 5, 2015 8:00 PM PHT
Chrisee Dela Paz
Facebook Twitter Copy URL
Copied
'Anyone who comes in is a threat; but I'm not going to react to a threat that's not real. Sign the contract and we’ll play,' Globe's Ernest Cu on possible Telstra-San Miguel entry 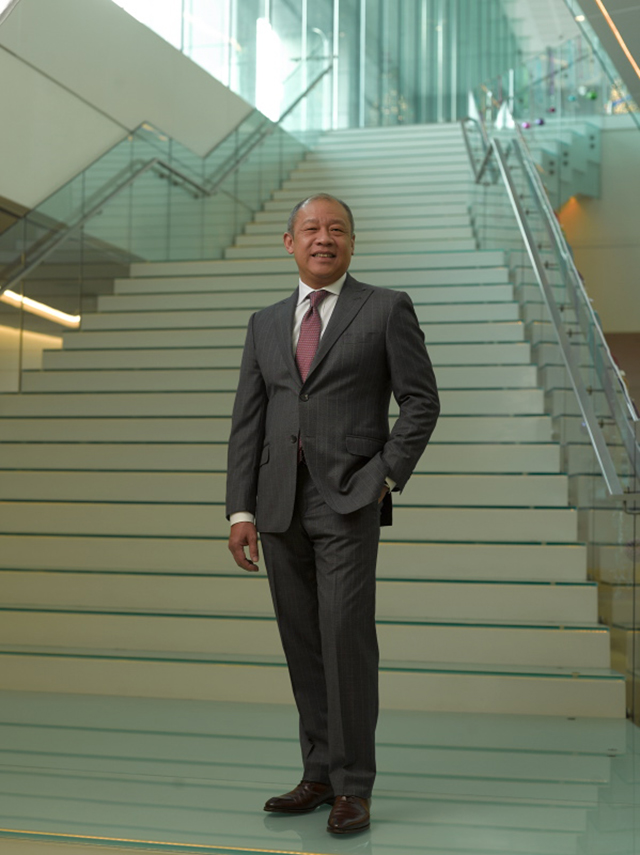 MANILA, Philippines – Globe Telecom, Incorporated has a message to Australia’s largest telecommunications company Telstra Corporation Limited: Sign the contract and we will play.

This is Globe President and CEO Ernest Cu’s remarks on the possible entry of Telstra in 2016, in partnership with diversified conglomerate San Miguel Corporation.

“Once they sign, we’ll talk; but right now there is no deal yet. I don’t get scared of ghosts,” Cu said.

“Anyone who comes in is a threat. But I’m not going to react to a threat that’s not real. Sign the contract and we’ll play,” Cu told reporters on the sidelines of a product launch in Makati City on Wednesday night, November 5.

Telstra last month told the Australian Securities Exchange that it has set aside $1.5 billion in capital for mergers and acquisitions for the rest of 2015. The bulk of the capital, Telstra said, may reach the Philippines through a joint venture with San Miguel.

Ang even announced at the Forbes Global CEO Conference in October that his company will launch a third major telecommunications player in the country by 2016. (READ: Ramon Ang: We hope to open 3rd major telco by 2016)

Sought for comment, Cu said Globe will only include the possible entry of Telstra-San Miguel in its game plan once the deal is signed.

“They are priming the market. We’ve been working on our network for 13 years now. Do you think they can deliver on Day One?” Cu said.

He added that all Globe is doing now is what it has been doing best – continuing to gain market share and to maintain innovation in market.

“We have [the] formula that’s worked really well for us for the last 5 years,” he added.

“We need to protect our market share for prepaid and postpaid. We’ll feel it immediately but it depends on what their tactics (are). It’s hard to speculate. But really, they wouldn’t come in without a fanfare. The novelty of a new player … some people will be lured to try,” Pangilinan said on November 3.

But for National Broadband Network (NBN)-ZTE deal whistleblower Rodolfo “Jun” Lozada, a new telco player like Telstra would not make much of a difference.

Lozada cited a report in May 2015 by Australia’s Telecommunications Industry Ombudsman stating Telstra as the most complained telco firm in the country.

“Positioning themselves as the ’savior’ and ’third player’ that will solve the problem of slow Internet speed in the country has not easily swayed customers and stakeholders who are aware of Telstra’s own service delivery issues in Australia,” Lozada said in a statement. (READ: New Internet speed minimum throwback to ’90s?)

“We don’t have an NBN here in the Philippines which is likened to roads used to move people and goods around,” he said.

A $329-million NBN project was previously awarded in 2007 to Chinese contractor, Zhing Xing Telecommunications Equipment Inc. (ZTE), but later rescinded by former President Gloria Macapagal-Arroyo after reports of massive irregularities surfaced. Lozada was named emissary or representative in the negotiations for the NBN project.

“We need these roads to move these goods freely to create trade. Prior to that, all the agricultural goods were moving freely. Now that we have an era where we’re now trading digital goods, almost all of the roadways, and the path of digital goods are privately owned,” Lozada added. – Rappler.com