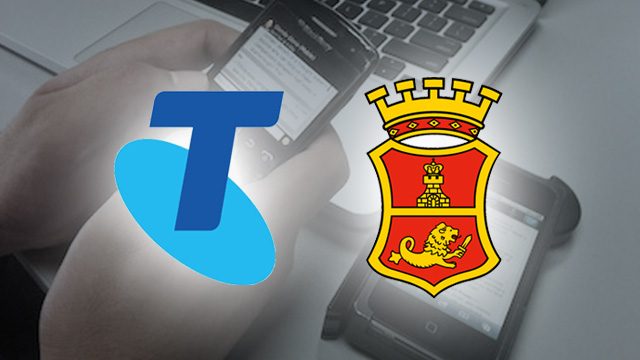 MANILA, Philippines – Should the joint venture between Australia’s largest telecommunications company Telstra Corporation Limited and local conglomerate San Miguel Corporation push through, it will only have a limited impact on competition in the local telecommunications market over the next two years, said major international rating agency Fitch Ratings Limited. (READ: Globe CEO on Telstra: I’m not scared of ghosts)

“Infrastructure sharing is not mandatory in the Philippines,” Fitch said, adding that it expects the possible Telstra-San Miguel entry to “face difficulties providing regional mobile coverage in the absence of domestic roaming arrangements.”

San Miguel: Open to other suitors

Although there has been a lot of discussions on the possible entry of Telstra in the local market, San Miguel Chairman Ramon Ang clarified no deal has been inked yet and that he remains open to other potential investors.

“We’ve been approached by many companies, but so far there is really nothing yet to disclose, and in due time, if there is anything that we can do, we’ll immediately advise the public through a disclosure,” Ang told reporters on the sidelines of a stockholders’ meeting last month, when asked where does the talks between Telstra and San Miguel stand now.

Telstra in October told the Australian Securities Exchange that it has set aside $1.5 billion in capital for mergers and acquisitions for the rest of 2015. The bulk of the capital, Telstra said, may reach the Philippines through a joint venture with San Miguel.

Ang announced at the Forbes Global CEO Conference in October that his company will launch a third major telecommunications player in the country by 2016. But he did not say if it is with Telstra or not. (READ: Ramon Ang: We hope to open 3rd major telco by 2016)

Should the telco partnership push through, Ang said his company will offer voice, text, and Internet services with focus on mobile-broadband services.

For Fitch: “The joint venture will experience large cash burn given the significant capital outlay and price competition to build a subscriber base.”

As of now, Fitch said the local mobile market is “highly saturated, and is still largely 2G-based.”

“We believe this could present strong value propositions for faster 4G LTE services and the impact on industry profitability would be greater over the longer term,” the international rating agency said.

With the partnership, San Miguel will benefit from Telstra’s technology leadership and financial muscle, while Telstra could make the most of the local conglomerate’s 700MHz spectrum-frequency.

“The 700MHz frequency is more cost-efficient to roll out because of its wider coverage and in-building penetration than higher frequency bands,” Fitch said.

Fitch said it expects Philippine Long Distance Telephone Company (PLDT) and Globe Telecom, Incorporated to invest in greater capacity ahead of the potential entry of the Telstra-San Miguel venture.

Industry capital spending, according to Fitch, is likely to increase to around P85 billion ($1.81 billion) in 2016. (READ: PLDT anticipates Telstra pressure in 2016)

“The immediate challenges for telcos would be the acceleration of user migration onto higher data plans, and data monetization,” Fitch said.

Average monthly data consumption in the Philippines is still low at around 200 megabytes to 300 megabytes per month, with consumers primarily using data for web browsing and social media applications.

Of the two incumbent telcos, Globe has a larger exposure to the mobile sector, which accounts for 76% of its revenue, compared to PLDT’s 63%. – Rappler.com