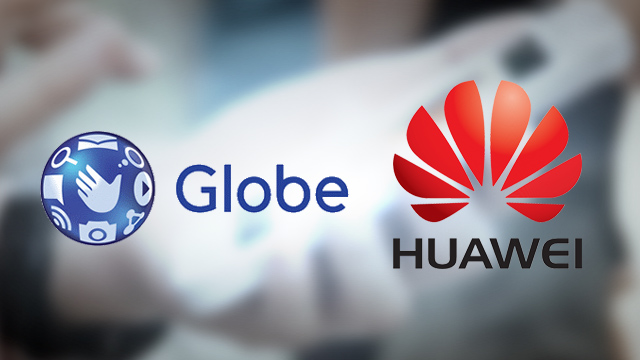 MANILA, Philippines – Globe Telecom, Incorporated and Huawei Technologies Company Limited have signed a 5-year partnership deal involving the planning and design of a mobile broadband network, and the creation of a mobile innovation center.

In a statement on Wednesday, November 25, Globe said the partnership will “enhance and expand the [telco’s] mobile network to elevate the state of Philippine Internet and strengthen its position as purveyor of Filipino digital lifestyle.”

Globe said the mobile broadband network will utilize the “latest state of the art technology trends aimed at creating a wonderful digital world for its customers,” while the mobile innovation center will house its “innovative products and solutions that would ensure Globe maintains its competitive edge.”

On November 23, Globe President and CEO Ernest Cu and Huawei Rotating CEO and Vice Chairman Eric Xu signed a memorandum of understanding for the partnership.

Cu said the partnership will deliver “a more robust mobile network as well as innovative market-driven solutions to help hopefully ensure the company’s success in growing the mobile market.”

According to Cu, the partnership with Huawei will extend towards capacity expansion of Globe’s 3G and 4G network, comprising an upgrade of the mobile operator’s  LTE network through deployment of LTE carrier aggregation technology.

The partnership, according to Globe, will also cover the development of greenfield sites, deployment of small cell technology, extensive indoor coverage expansion program, core network upgrade and expansion of the company’s fiber footprint.

To sufficiently provide for burgeoning data traffic amid growing smartphone use in the country, Cu said there is an immediate need for the reallocation and harmonization of the 700 megahertz (Mhz) of frequency originally allocated for broadcast.

“Globe has also taken the position that the 700 Mhz band is a major class of spectrum that has to be made available to major players and should not be held by just one player in the market,” Cu said.

The Globe chief said harmonization of the 700 Mhz will help improve Internet speed in the country, adding that only the Philippines has not reallocated the 700 Mhz band for broadband.

“It is essential that the 700 Mhz frequency band is put to use to further enhance data connectivity in the country,” Cu stressed.

The Philippine Long Distance Telephone Company (PLDT) supported its rival’s stance on the reallocation of the 700 Mhz.

But for San Miguel President and COO Ramon Ang, Globe and PLDT have more than enough.

“They have more than enough bandwidth already. For example, one of them has more than 90 MHz LTE already. You don’t need that much to operate. Now, if their service is not yet at par, it is not due to limitation on the bandwidth,” Ang told reporters on the sidelines of a stockholders’ meeting in Ortigas last month.

As early as 2005, Globe said it already wrote the National Telecommunications Commission (NTC) requesting for an allocation and assignment of frequencies within the 700 Mhz and 800 Mhz for its broadband wireless network. The NTC, however, did not act favorably on its request.

Huawei was also Globe’s technology partner when it implemented a $700-million network modernization program that began in 2011. — Rappler.com