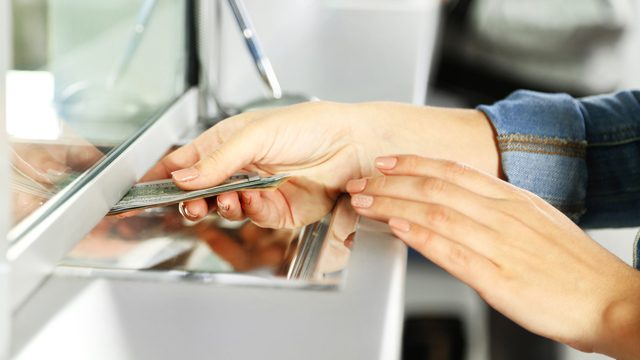 MANILA, Philippines – The Senate on Monday, December 14 approved on third and final reading a bill that seeks to protect depositors and creditors from financial ruin.

Senator Sergio “Serge” Osmeña III, principal author and sponsor of Senate Bill No. 2976, noted in his sponsorship speech that “depositors and creditors… have to bear the adverse consequences of bank closures. They experience significant loss of their hard-earned money and disruption of their business.”

Osmeña, the chairman of the Senate committee on banks, financial institutions, and currencies, said the passage of the bill into law would reinforce the Philippine Deposit Insurance Corporation (PDIC) so it could better provide “safety nets” for the bank’s financial system.

Under the measure, the PDIC would be able to assist banks in danger of closing while they are still operating, and not after they have been closed by the Bangko Sentral ng Pilipinas (BSP).

The senator added that the PDIC would also be able to give depositors immediate access to their insured deposits upon closure of their banks.

The bill also aims to increase their chances of recovering uninsured deposits by elevating the status of the claims of uninsured depositors in the hierarchy of claims against the remaining assets of the banks under liquidation.

Osmeña said the bill would also allow the PDIC to sell all the assets and assume the liabilities of a closed bank as a mode of liquidation without the need for court approval.

The PDIC could also increase penalties for various offenses and provide for new offenses such as filing of fictitious and/or fraudulent claims, certifying the validity of fictitious deposit liabilities and bank fraud, Osmeña said.

Senate Bill No. 2976 is a product of extensive consultations with stakeholders, such as the PDIC, BSP, Department of Finance, Governance Commission for GOCCs (government-owned and controlled corporations), Securities and Exchange Commission, Bankers Association of the Philippines, Chamber of Thrift Banks, and the Rural Bankers Association of the Philippines.

Osmeña said the bill is an opportunity to advance and to apply the lessons learned from the past global crises and bank closures.

“It would permit us to introduce much needed reforms and address gaps in existing laws,” he said.

Senate President Franklin Drilon said that the new measure is part of the Senate’s efforts to improve the country’s business climate and increase government’s promotion and protection of consumers’ rights and welfare, especially in the banking sector.

Also on Monday, the BSP reported that two rural banks shut down early this month, bringing to 14 the total number of weak players ordered closed by the central bank.

Espenilla said both banks were placed under the receivership of the state-run PDIC.

The BSP’s Monetary Board issued Resolution Nos. 2003 and 2004 prohibiting both rural banks from doing business in the Philippines and placing their assets and affairs under receivership, pursuant to Section 30 of Republic Act 7653 or the New Central Bank Act.

The bank regulator has closed down the following: