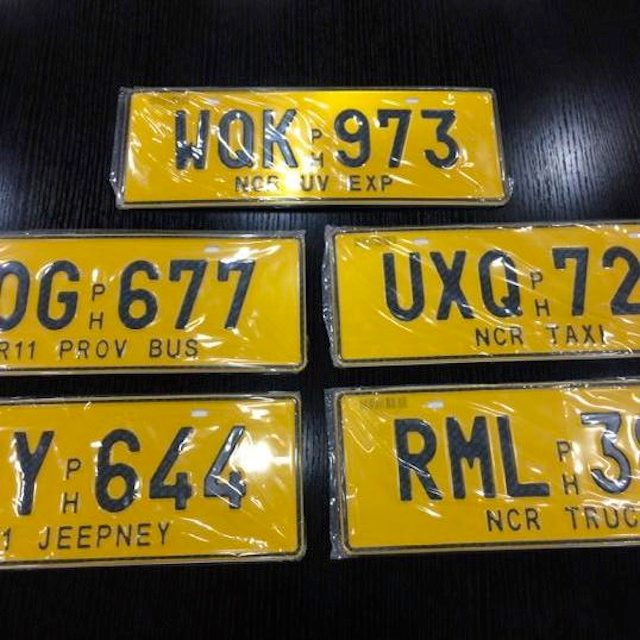 This means vehicle owners who have not yet paid for the new license plates will not have to shell out P450 ($9.51) upon renewing their registration.

The Commission on Audit (COA) issued a notice of disallowance for the LTO to stop collecting the fee for the time being.

Transportation and Communications Secretary Joseph Emilio “Jun” Abaya said in a statement Wednesday that they are currently in the process of resolving the issue with COA regarding the plate standardization program.

The DOTC and the LTO rolled out the plate standardization program in May 2014 to curb illegal practices such as tanggal-plaka (plate removal) or switching, which is prevalent in car theft and colorum public utility vehicles.

The program also aims to phase out the 9 various designs of license plates.

But COA stopped the additional disbursement for the program in July, following the Supreme Court decision to discontinue the procurement of new plates. The High Tribunal noted that the LTO project did not follow the timelines in the awarding and implementation of the contract, as stipulated in Section 37 of Republic Act 9184 or the Government Procurement Reform Act. (READ: P3.8-B LTO license plate deal legal – DOTC)

But the LTO said Wednesday the new standardized plates will be released to motorists who have settled the payment as soon as the issue with COA is resolved.

“We hope [the] issues will be resolved and COA lifts the disallowance so we can provide the public with plates for improved road safety,” Abaya said. – Rappler.com