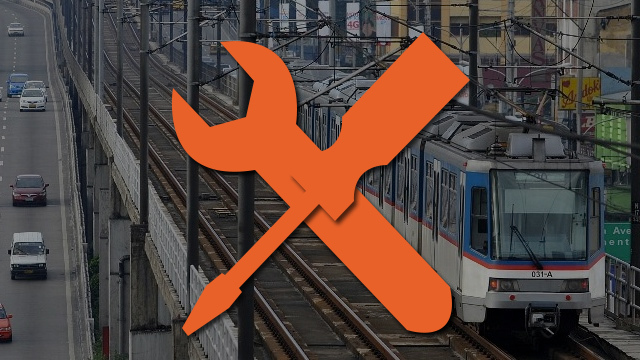 Manila, Philippines (UPDATED) – The Department of Transportation and Communications (DOTC) said on Thursday, December 24, that it has awarded the long-term maintenance contract of the Metro Rail Transit Line 3 (MRT3) to a Korean-Filipino joint venture.

“The long contract period will allow the new service provider to procure the necessary spare parts needed to increase the number of operating trains, especially during peak hours,” the DOTC said in a press release.

The P3.81-billion ($80.67 million) contract also covers the general overhaul of the trains and the total replacement of the signaling system.

Previous attempts to bid out the long-term maintenance contract – once in September 2014 and again in January 2015 – resulted in failure due to the non-participation of bidders.

In August this year, the Government Procurement Policy Board (GPPB) unanimously approved the transportation department’s decision to proceed with an alternative mode of procurement pursuant to Republic Act No. 9184.

While procuring the long-term service provider, the DOTC engaged subcontractors directly under a multi-disciplinary approach to enhance the efficiency of maintenance works of the MRT3.

These include the department’s acquisition of a rail grinding machine for the troubled MRT3. The installation of 7,000 linear meters’ worth of new rails is also set within the year to replace the MRT3’s worn-out tracks.

On October 1, the DOTC announced the awarding of the signaling system upgrade project to Bombardier Transportation Signal Limited. Under the contract, the existing local control system, MAN 900, will be replaced with the more contemporary EBI Screen 900 within the next 7 months. (READ: DOTC begins MRT3 signaling system upgrade)

The rehabilitation of MRT3 toilets is also being implemented, the DOTC said, with 6 facilities already open for public use.

In a statement, Senator Grace Poe said the DOTC owes the public the assurance that the 3-year, multi-billion peso contract is not only aboveboard, “but, more importantly, that the winning contractor is competent and qualified to get the job done.”

Poe added, “We will ask the DOTC to furnish the Senate Committee on Public Services a copy of the contract and related matters to help ensure that government funds are spent judiciously and the interests of the riding public are protected.”

The senator also said that a careful review will help banish speculation on the fact that the contract was awarded during the holiday season, “when the people’s attention is elsewhere.”

“We certainly can no longer bear a repeat of the several unreliable and dubious maintenance contracts the DOTC entered into in the past,” Poe added.

After it is processed by the Bureau of Customs (BOC) and transported to the MRT3 depot, tests on the different components will be conducted until February. (READ: DOTC to expedite testing of MRT3 prototype train car)

These include testing the German-made traction motors from Voith and brake systems from Knorr-Bremse, and the overall performance of the LRV to ensure that it is safe, reliable, and meets international standards.

Two more LRVs are expected to be delivered over the next two months.

MRT3 passengers can expect one new running train by the end of the first quarter of 2016. (READ: Abaya vows better MRT by March 2016)

Delivery of the LRVs will be at 4 per month by March, and is scheduled to be completed with the 48th unit in January 2017.

The DOTC project implementation team has been closely monitoring the production process to ensure “the rapid progress and proper manufacture of the new trains.” (READ: DOTC to get new MRT3 trains starting January 2016)

The 48 new LRVs are part of the DOTC’s MRT3 capacity expansion project, which aims to boost the train system’s capacity to over 800,000 daily passengers.

Other improvements to MRT3 facilities include the new and stronger passenger hand straps – all of which have been installed – for increased safety.

The refurbishment of 12 Schindler-brand escalators is expected to be completed by next week, with most units already open for public use. (READ: DOTC awards MRT3 elevators, escalators maintenance contract)

Announced also last week was the full systems acceptance of the tap-and-go ticketing scheme, marking completion of the trial period.

The 3 systems are now using beep™ cards, the unified automated fare collection system developed by AF Payments Incorporated, of which Ayala Corporation is a shareholder.