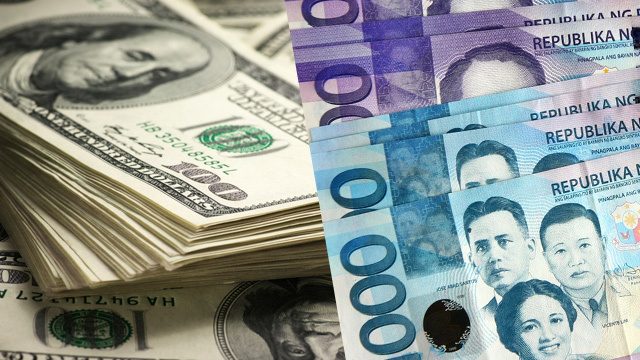 Facebook Twitter Copy URL
Copied
The peso is seen to depreciate further by 3%-4% this year after shedding 5.2% against the greenback in 2015, an economist from ING Bank Manila says

MANILA, Philippines – Dutch financial giant ING Bank sees the Philippine peso weakening further this new year due to the normalization of interest rates in the US and the economic slowdown in China.

The local currency is expected to depreciate further by 3%-4% to P48.80 to $1 this year after shedding 5.2% against the greenback last year, Joey Cuyegkeng, senior economist at ING Bank Manila said on Tuesday, January 5.

ING Bank Manila’s exchange rate forecast was more bearish than the consensus of Bloomberg that expects the Philippine peso weakening by 1.8% to P47.90 to $1 in 2016, he added.

Depressed Asian currencies would continue to linger this year due to the interest rate liftoff in the US, the growth concerns in China and emerging market economies, the plunge in commodity prices particularly oil, and the heightened credit risks against emerging markets, he added.

“The Philippine peso like other Asian currencies posted losses in 2015 but the losses were more moderate. The peso in 2016 would likely be no different from 2015. External factors had a more dominant impact on peso in 2015 even as economic fundamentals have held up relatively better,” Cuyegkeng said.

Structural inflows would expand between 9%-10% this year, he said, while cash remittances from overseas Filipinos would increase between 3.5%-4%. Outsourcing revenues would jump 16% this year, Cuyegkeng said.

The country’s growth prospects for 2016 have been moderated as well due to the severe and prolonged El Niño weather condition, the slowdown in China, and leadership uncertainty.

He added that the country’s gross domestic product (GDP) would expand 6% this year and and in 2017. (READ: NEDA chief: PH economy can hit 8% growth in next 6 years)

He said the growth of the country’s construction and manufacturing sectors are expected to more than cover the 1% contraction in the agriculture sector brought about by the impact of El Niño.

Cuyegkeng said monetary policy is expected to remain prudent in 2016 and 2017 even as inflation trends higher.

BSP is also expected to introduce the interest rate corridor (IRC) system in the second quarter of the year to help improve the transmission of monetary policy.

“BSP’s policy rate hikes in 2016 is to keep interest rate differentials steady and address rising inflation of 2017 while moderating peso’s weakness as the US Fed (US Federal Reserve) raises its benchmark rate by at least 50 basis points,” he said. – Rappler.com

US dollar and PH peso stitched images from Shutterstock