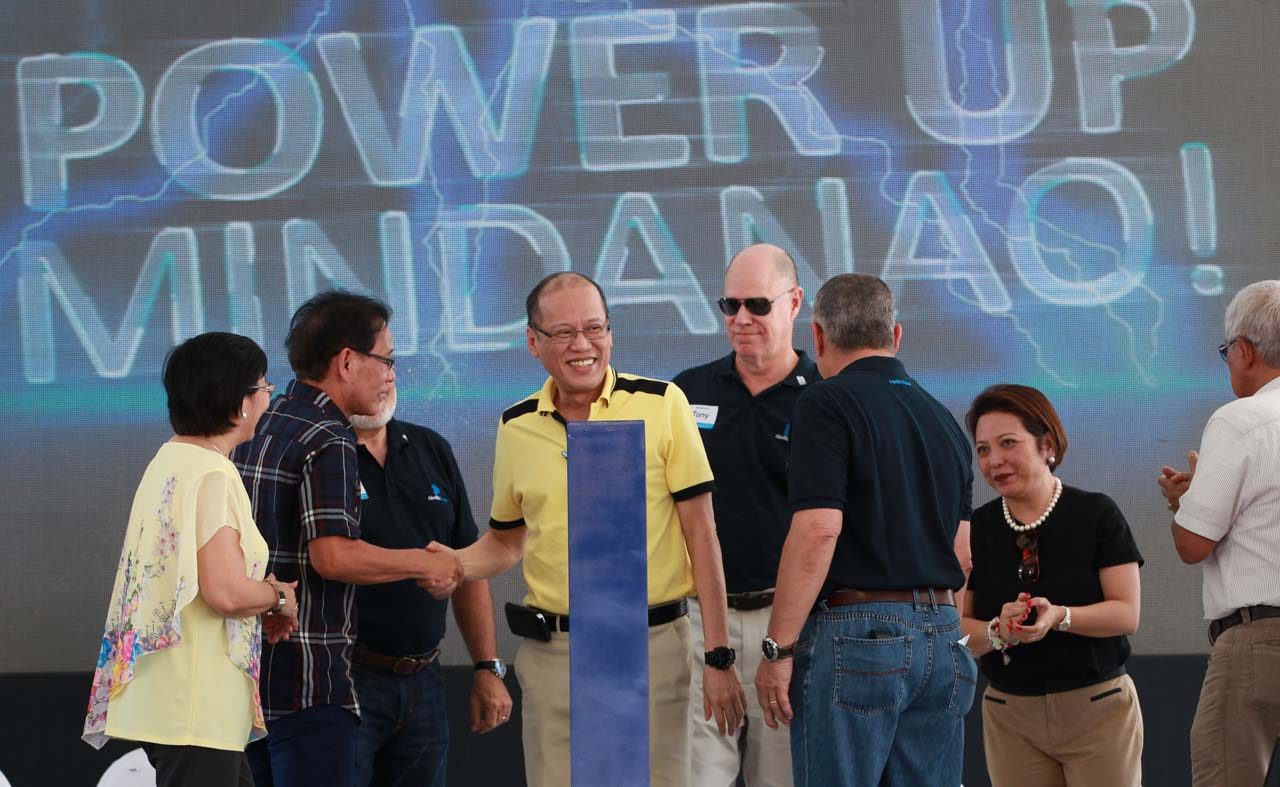 MANILA, Philippines – President Benigno Aquino III will convene a meeting with energy officials next week to address the worsening power situation in Mindanao due to right of way (ROW) violations and bombing of transmission towers, he said on Friday, January 8.

“We have scheduled [a] meeting by next week, precisely how to address the inconsistent land valuation and the landowners’s concerns [on right-of-way issues],” Aquino said during a brief press conference in Davao City.

The President was in Davao to inaugurate the AboitizPower’s Therma South Incorporated’s 300-megawatt baseload power facility.

He added, “But having said that, this is an industry imbued with national interest and I’m sure there are so many laws that can be utilized to ensure that access to the repair of these towers is done posthaste.”

Energy and National Grid Corporation of the Philippines (NGCP) officials will attend the meeting, the President said.

NGCP legally holds the right-of-way in the areas near and around the transmission towers and posts.  The assets, however, are still government-owned. It is in charge of operating, maintaining, and developing the country’s power grid.

NGCP has repeatedly appealed to the public, local, and national governments to help monitor the safety of the towers so that transmission services remain uninterrupted. The company also appeals to local community leaders to help identify the perpetrators of the bombings, and to negotiate with uncooperative landowners, to prevent longer power interruptions.

Energy Secretary Zenaida Monsada said a task force is also being created to ensure the problems would be addressed at the soonest time possible.

“We’re creating an inter-agency task force. The proposal is for the Executive Secretary to head the task force,” she said.

She added that the participation of the Philippine National Police (PNP) and the Department of National Defense (DND) is extremely important in mapping out a security plan.

“Bombing is a security issue. So we need the involvement of the DND and PNP. That will be the main thing to tackle. What’s going to be the strategy here?” Monsada asked.

In the past few days, Mindanao was placed on red alert by NGCP due to the isolation of the generating facilities Agus 1 and Agus 2 hydropower plants, which are owned by the National Power Corporation (NPC).

The Maramag-Bunawan 138-kiloVolt (kV) line is the remaining line that delivers power from the Agus Hydro Complex. If the said line is in any way compromised, no power will flow from the remaining Agus hydro facilities to south of Mindanao, where the bulk of power demand is located.

NGCP warned of a possible grid collapse should the remaining transmission line, which delivers power from Agus hydroelectric power plant, encounters a glitch.

By grid collapse, NGCP meant that brownouts would likely happen. “It’s the kind that takes several hours to recover from restoration. It’s like restarting a smart phone. So, it takes time,” said NGCP spokesperson Cynthia Alabanza.

Both Davao City and General Santos City are located in the south, and are in real danger of being completely cut off from the bulk supply coming from the hydro facilities, NGCP said.

NGCP has yet to restore bombed Tower 25 along the Agus 2-Kibawe 138 kilovolt (kV) line in Ramain, Lanao del Sur due to uncooperative land owners. The line has been unserviceable since Christmas Eve when it was bombed by unidentified lawless elements.

As of 1 Friday pm, power reserve in Mindanao stood at 76 megawatts. – Rappler.com