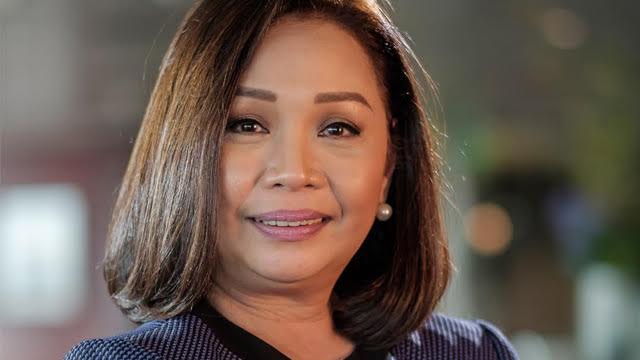 This was after ABS-CBN in December named Carlo L. Katigbak as its new president and CEO.

Together with the Content Development Council headed by chief content officer Charo Santos-Concio, Vidanes will manage the development of new concepts for Channel 2 and the ABS-CBN TVplus channels like Yey, CineMo, and Knowledge Channel.

ABS-CBN credited Vidanes for boosting the viewership of ABS-CBN in 2015.

She was promoted to ABS-CBN Channel head in 2009 after spending 13 years as head of entertainment of the network giant.

“Under her leadership, Channel 2 dominated the primetime block whole year round with shows such as The Voice Kids, FPJ’s Ang Probinsyano, Nathaniel, Pangako Sa ‘Yo, and Maalaala Mo Kaya,” ABS-CBN said.

Vidanes has also spearheaded the preparation and execution of the network’s relief operations and donation drives for victims of natural disasters, including Tulong Na, Tabang Na, Tayo Na campaign’s T-shirt fundraising and benefit concerts for the survivors of Typhoon Yolanda in 2013.

Vidanes is a recipient of the CEO Excel Award from the International Association of Business Communicators Philippines in 2014 and was named one of People Asia magazine’s People of the Year in 2013 for her vital role in ABS-CBN’s achievements.

She began her career in television with BBC-2 in 1982.

Vidanes completed an Advanced Management Program from Harvard Business School in 2014. She graduated from Ateneo de Manila University with a degree in Communication Arts. — Rappler.com