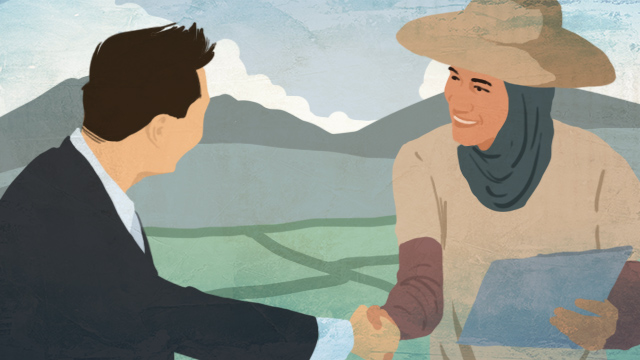 MANILA, Philippines – Technology can now turn everyone into a bank. Not a banker, but an actual bank.

That is the promise of agency banking. Also known as branchless banking, it is the latest in a long line of tech-enabled innovations that have been sweeping through developing countries.

From small microfinance institutions to e-wallets, the goal is the same. Each concept aims to help the poor gain entry into the formal financial system.

Once they have access to the system, they get benefits they wouldn’t have through cash – from the safety that bank accounts provide to access to micro loans for businesses.

In agency banking, banks employ thousands of agents to fan out to areas where they don’t have branches.  These agents are armed with technology that make them de facto mobile banks.

The concept has been a massive hit in East Africa and parts of Latin America to such an extent that it has become the dominant financial inclusion solution. In those areas, most of the population have never even entered a bank.

The situation hits close to home. The World Bank estimates that about 60% of the Philippines’ adult population remains unbanked. At the same time, the country is going digital faster than any other, aided by cheap smartphones.

The Philippines is the perfect market for agency banking because of the environment. A lot of people in the country are unbanked but mobile-savvy, plus the geography makes traditional banking complicated, said Nicolas Schweitzer, entrepreneur and founder of Branchless Banking solutions.

“What makes agency banking revolutionary is that, unlike other initiatives like mobile money, you don’t need to create a whole new platform from scratch and spend time attracting users to it,” he said.

Facilitated by readily available technology (in this case mobile terminals), any bank can use its existing systems to expand its presence in rural areas. This allows it to be scaled up very quickly. 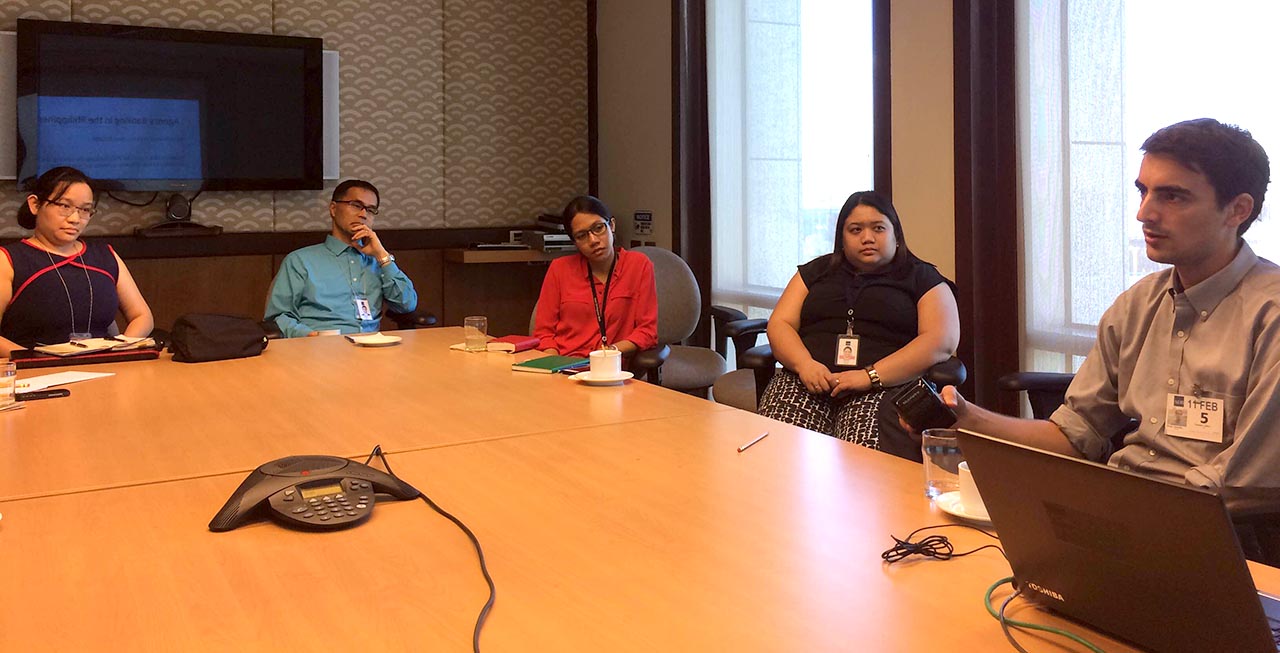 At the heart of it, what agency banking does is basically add another channel to traditional banking.

“Traditionally you have 4 channels: physical branches, ATMs, and Internet and mobile banking. Agency banking would be the 5th channel,” explained Schweitzer.

The way it works is that a bank sets up a network of individuals or agents that represent the bank. Each agent is then equipped with dedicated terminals and acts as a mini-branch in rural areas where a bank doesn’t have a physical branch.

Through the terminals, the agent can offer the same services the bank offers to traditional customers, including account openings, withdrawals, balance checking, account history, and loan applications.

“The only difference between walking into a brick and mortar branch and dealing with an agent is the amount you can withdraw, but since the customers are in rural areas, this is not an issue,” Schweitzer said.

Agents as ATMs and tellers

Agents are central to this system and they play the roles of both ATM and bank teller.

Each new agent hired by a bank is given a bank account which he or she uses to process rural customers’ deposits and withdrawals.

For deposits, the agent takes a customer’s cash and then wires the corresponding amount from his or her account to the recipient.

The agent is also tasked with making sure that he or she always has cash on hand to process customer withdrawals.

This ensures that cash is always available to customers when they need it. It also guards against the agent running away with the cash as it is tied to his own account. 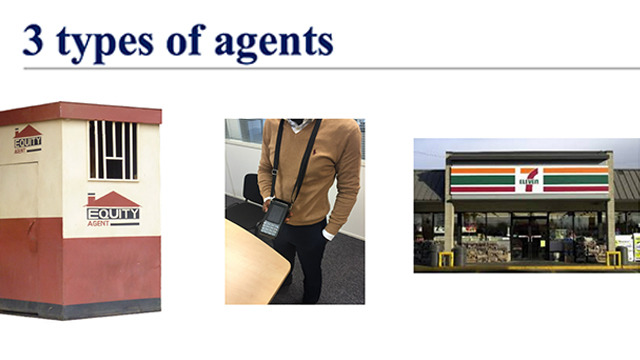 Since each deposit and withdrawal is quite small by normal bank standards, theft is not a big worry. The model has evolved, though, to take this into account as well.

In Africa, agents are often posted in kiosks inside convenience stores or supermarkets. This way they can take advantage of the stores’ security while the store benefits by giving customers a quick way to get cash, said Schweitzer.

The other aspect of security is to be able to equip the agents with multi-factor authentication technology in order to give rural customers the same protection urban customers get when withdrawing from an ATM. 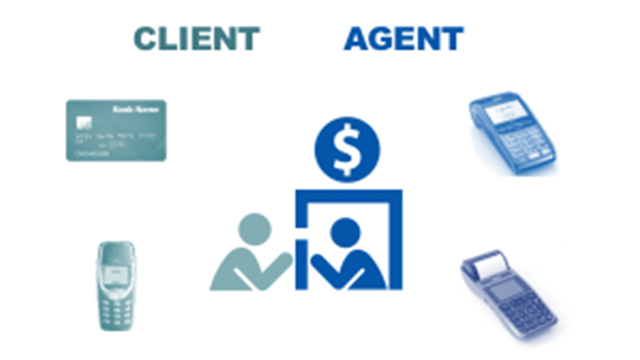 Beyond having a bank account for the first time, rural customers also benefit from increased convenience and often lower fees.

For example, an existing BPI or BDO customer who lives in a village without a BPI branch no longer needs to commute and wait in line to process transactions as he would only need to talk to the agent.

The agent meanwhile gets gainful employment and the ability to make a lot of money if dedicated, since most transactions are often incentivized by commissions.

In just 3 years, the model has created 60,000 new jobs for Kenyans as agents, Schweitzer pointed out.

Finally, banks benefit by reaching a whole new customer base they would otherwise not have access to. This means more capital from new deposits that it put towards giving out productive loans.

Agency banking in the Philippines

The Bangko Sentral ng Pilipinas (BSP) paved the way for agency banking with a recent update to its issuance in January that expanded the scope of microfinance institutions in the country.

The update allows for a bank’s agents to perform limited due diligence on customers, paving the way for them to rapidly accrue micro-deposits. It also placed a ceiling of P40,000 ($841.1) for microfinance deposits.

Based on BSP records there are 531 micro-banking offices present in 337 municipalities as of June 2015.

That number pales in comparison with the numbers in Kenya, however. As of 2014, Equity Bank, Kenya’s largest, employed 17,523 agents and processed 43% of its customer cash transactions through its agency network.

Schweitzer sees cash management, or the physical transportation of cash, to be the biggest impediment to agency banking’s growth here.

After all, each agent still has to transport the cash received from customers to the bank and the country’s logistics make this a real issue.

Pawnshops and other financial institutions in Palawan, for example, often use helicopters to transport cash.

Network infrastructure is another problem as reliable mobile networks in the province are needed to facilitate transactions through agents’ terminals.

These issues notwithstanding, agency banking has one key feature that would make it ideal for a country whose society places great importance on social ties.

One of the things that makes agency banking so popular in places like Africa is that it naturally creates trust between new customers and the bank through the agent.

A major reason why rural residents don’t have bank accounts is that they are intimidated by banks and often feel out of place walking into one, said Schweitzer

“Since agents are usually people from the same remote village, new customers know that person. The trust is already there from the beginning,” he explained.

For years, local banks have focused their advertising efforts on trying to project a friendly persona.

If agency banking does take off in the country, those banks will now present an actual friendly face to their customers. – Rappler.com