ERC: Probe vs Meralco, gencos over 2013 rate hike a ‘priority’ 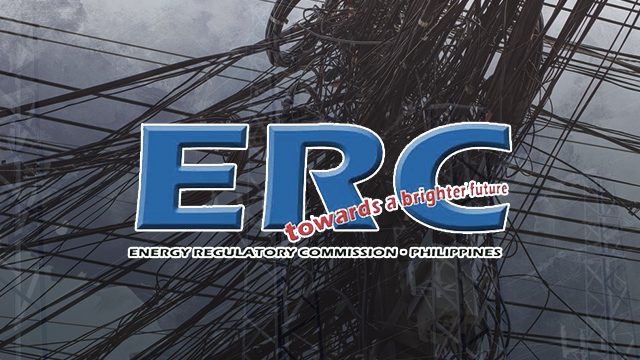 MANILA, Philippines – The Energy Regulatory Commission (ERC) said it will prioritize a probe into 11 generation companies (gencos) that were found to have engaged in anti-competitive behavior, leading to record-high increases in power rates in December 2013.

“This is a priority. Definitely, it will start before end of this quarter, and hopefully, depending on the schedule of the members of the commission, we will be able to finished it within the year,” said ERC Commissioner Jose Vicente Salazar in a recent briefing.

The ERC’s Investigating Unit (IU) released a report identifying the firms in June 2015, prior to Salazar’s appointment in August.

Based on the report, Meralco was included because of its agreement with TMO and the manner by which its supply deal with the power producer was carried out.

The case stemmed from the P4.15 per kilowatt hour (kWh) rate hike that Meralco was supposed to collect in December 2013 and the P5.33 per kWh rate increase that was supposed to be collected in January 2014.

The implementation of the rate hike, however, was prevented by the Supreme Court (SC).

Upon release of the report, the ERC IU was supposed to file formal complaints against the 12 firms before the commission.

But the ERC restarted the probe with pre-hearing conferences in August last year, following the appointment of Salazar, a former justice undersecretary.

In December last year, Salazar said the commission tapped the Office of the Solicitor General (OSG) “to allow for an independent prosecution” of the case.

“Solicitors will conduct prosecution and they will present evidence before us. The other side can present controverting evidence. We can consolidate all these,” Salazar previously said.

Before the release of the ERC IU’s findings, the Philippine Electricity Market Corporation (PEMC) also identified the same players that breached the WESM (Wholesale Electricity Spot Market) rule on the must-offer.

Under the must-offer rule, gencos registered in WESM must declare and offer the maximum generating capacities of their power facilities in the spot market.

PEMC President Melinda Ocampo said, however, that her office only investigates breaches of the WESM rules and that any act of anti-competitive behavior is under the jurisdiction of the ERC. – Rappler.com