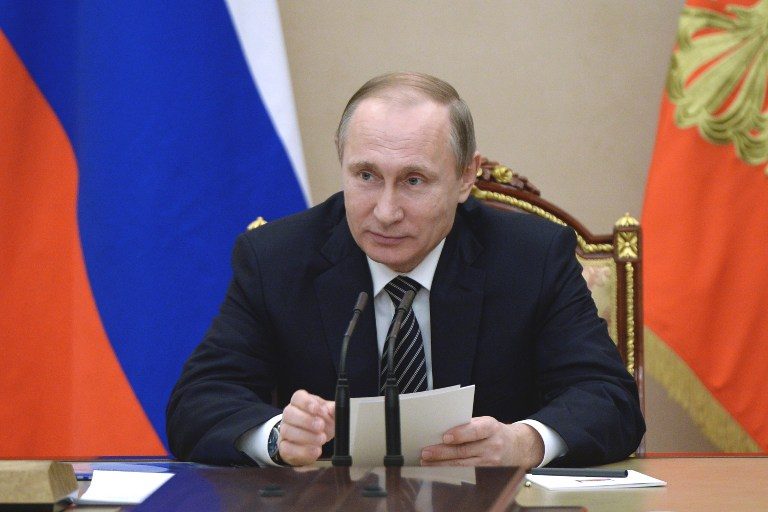 Opening a meeting with oil group chiefs, he said Energy Minister Alexander Novak had led discussions on forging an agreement between producer countries to maintain their output.

“As the minister reported to me, you all agree with this proposal,” Putin told them in comments released by the Kremlin, adding: “There are even more radical proposals but you don’t all agree.”

He said the idea was to “fix Russia’s 2016 production level at that of January,” which was a post-Soviet record of 10.8 million barrels per day on average.

Saudi Arabia and Russia – two of the world’s biggest oil producers – proposed after a February 16 meeting with Qatar and Venezuela that all producer countries freeze their output at January levels to support prices, provided that other major producers followed suit.

The news sparked hopes the market would stabilize after sinking to near 13-year lows last week on the stubborn supply glut – but disappointed those looking for an output cut.

Despite Iran’s refusal to play ball, oil prices have significantly recovered since, supported by the announcement of a new meeting in mid-March between Russia and OPEC members Qatar, Venezuela, and Saudi Arabia.

After Tuesday’s meeting led by Putin, Novak confirmed that Russia’s oil groups had agreed to “support” a freeze which “should reduce volatility” in markets.

Nevertheless, “our companies are not proposing a cut in production, even less so because that is impossible in the current geopolitical conditions,” he said, cited by the Interfax news agency.

On Tuesday the United Arab Emirates said that a freeze in oil production would push prices up from their lowest levels in 13 years.

The collapse has plunged Russia, which is already subject to Western sanctions imposed over the Ukraine conflict, into a recession which is extending into a second year.

Iran, which has the world’s second-largest crude reserves, has increased production since a deal with Western powers ended sanctions over its controversial nuclear program.

Iran’s Oil Minister Bijan Zanganeh described the output freeze deal as “a joke,” adding that “there is room for discussion” but that it “won’t relinquish” market share. – Rappler.com