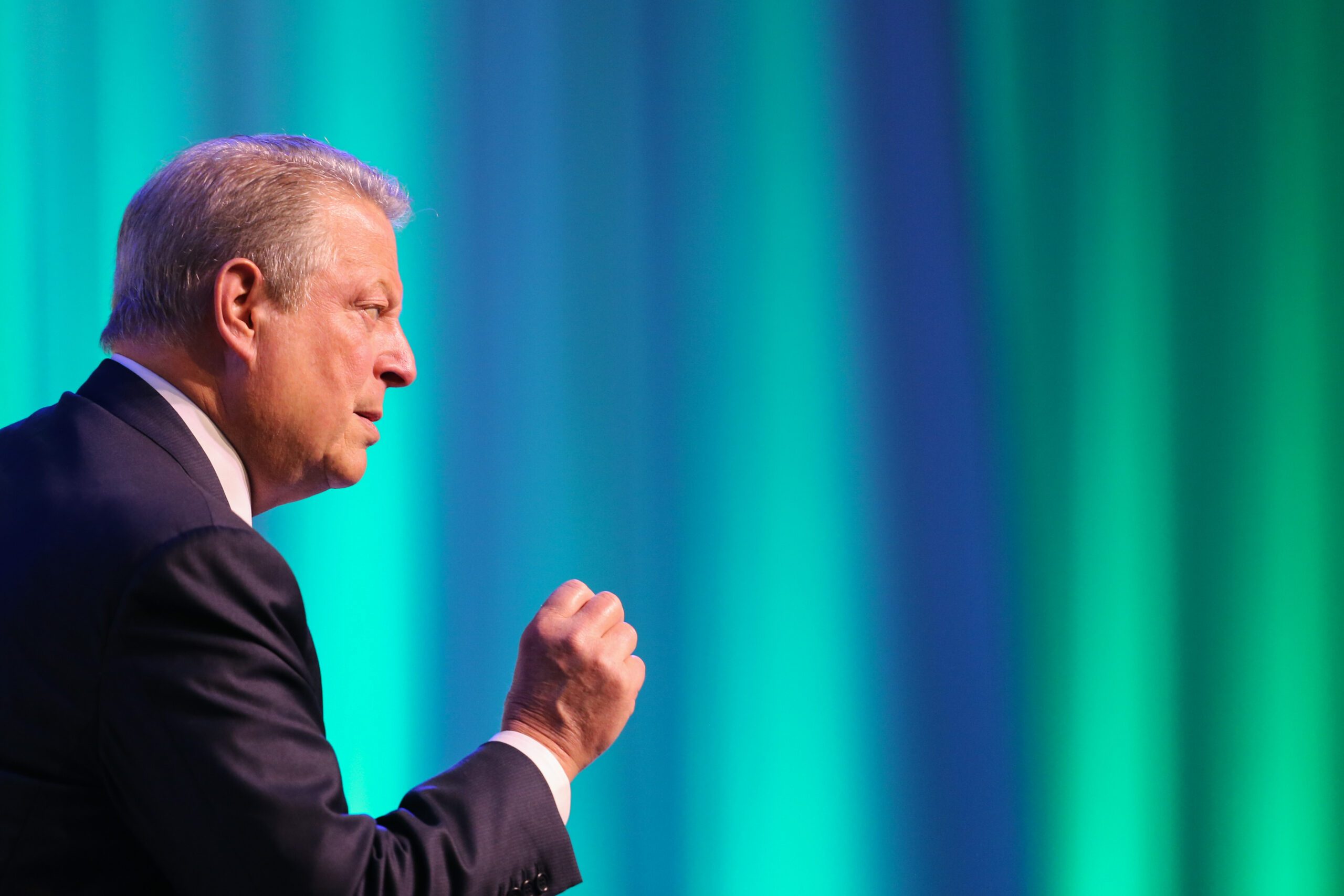 MANILA, Philippines ­– Stung by climate change icon Al Gore’s remarks that the Philippines is too dependent on coal energy, the Department of Energy on Wednesday, March 30, highlighted its efforts toward going green.

“It’s offending. Even before Al Gore came here, we already submitted a contribution to the climate change committee. In fact, it was a very ambitious target,” said Energy Secretary Zenaida Monsada, referring to the 70% reduction in carbon emissions by 2030.

The former US Vice President visited the Philippines earlier this month to raise awareness for climate change and host the Climate Reality Leadership Corps. His travels also took him to Tacloban, where he saw the effects of climate change first-hand.

During his visit, Gore suggested that the country needs to change its thinking on energy, noting that coal remained its largest energy source at 29%.

“In the thinking of many nations, the leadership has not caught up with the new reality,” Gore said at the Climate Reality event.

In the right direction

The Philippines is already heading in that direction, the energy chief suggested.

She pointed out that the government is already working on a 30-30-30 fuel mix goal as a way to reduce coal dependence. Under the policy, the country should source 30% of its energy requirements from coal, 30% from renewable energy (RE) and another 30% from natural gas.

The remaining 10% will come from oil-based power plants.

The rush for renewables has to be tempered somewhat, however, since coal energy is cheaper relative to renewable energy hence the presence of fossil fuel-based sources. This is especially crucial as the Philippines already suffers from one of the highest power rates in the region.

“We aspire for balanced energy mix because we can’t be dependent on a single resource. As far as the DOE is concerned, we need power to make sure that there is sufficient and reliable power supply. They say it’s crazy to have all these coal plants, but I say it’s crazier to have no power at all,” Monsada said during a conference.

The DOE’s position, she pointed out, is that “coal plants are not here forever. But we need them now, and if these coal plants comply with the standards then we can’t do anything.”

Based on previous DOE data, 70% of the 5,000 megawatts (MW) of power generating capacity that are being built and will be built until 2020 are coal-based.

There are around 20 coal-fired power plants operating in the country today, according to DOE Director for Electric Power Industry Management Bureau Irma Exconde.

One avenue the government is taking in promoting clean energy is providing incentives to the private sector to invest in renewables through a feed-in-tariff program.

Since renewable energy projects aren’t as cost effective to build, the program rewards qualified firms that do so with a fixed rate per kilowatt-hour (kWh) of their exported electricity to the distribution or transmission network.

The rate is higher than is usually found in the market although it excludes the energy utilized from RE plants eligible for own use.

As of March 15, 2016, the DOE has issued Certificate of Endorsement for FIT Eligibility (COE-FIT) to 11 solar power plants accounting for 292.07 MW to the Energy Regulatory Commission (ERC).

The DOE also said that more solar projects may be issued COE-FIT as it completes its ongoing validation and assessment of the submissions received before its March 15 deadline for the expanded FIT for solar.

The DOE also said that it is planning to impose stricter standards on coal-fired power plants as part of the country’s aspiration to lessen carbon emissions. These standards will zero in, among others, on storage handling distribution.

“A lot of generators and operators store coal in open areas. We need to come up with stricter standards and we are preparing for that. But definitely, we can’t stop coal plants now. The technology should be the answer,” Monsada added.

The next administration may also usher a brighter future for renewable energy in the country with experts noting that  4 out of the 5 presidential candidates vowed to pursue RE development.

One way they can pursue it is by highlighting the findings of GIZ, the German government development arm, in its 2013 report: “Renewable Energy in the Philippines: Costly or Competitive? Facts and explanations on the price of renewable energies for electricity production.”

One of its findings was that paying more for RE is ultimately worth it: it has lower external costs, meaning its negative effects on the environment are less compared to those generated by fossil fuels such as coal. – with reports from Chris Schnabel/Rappler.com