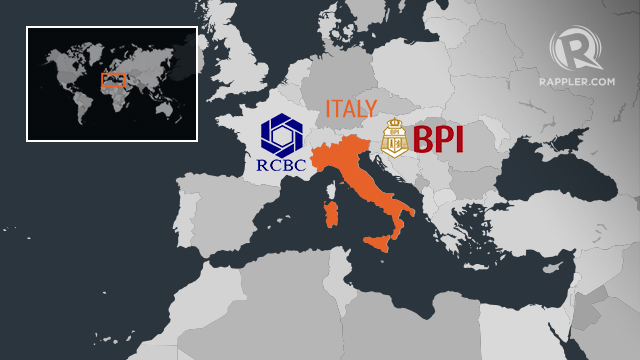 MANILA, Philippines – The Department of Finance (DOF) has expressed fears that more local banks might be forced to close remittance shops abroad, after the Philippines got involved in the elaborately-planned $81-million Bangladesh Bank fund heist.

With the heist exposing legal weaknesses in the Philippine banking system, the DOF had said the government should pass the amendment to the Anti-Money Laundering Act (AMLA) “urgently” to prevent the closure of remittance operations of more local banks abroad.

“A growing number of foreign banks have recently closed accounts of money transfer operators that service our OFWs (overseas Filipino workers),” Finance Secretary Cesar Purisima said in a statement last week, without disclosing the name of the banks.

“If foreign banks continue to close down more accounts, the cost of remitting money for our OFWs can double,” he added. 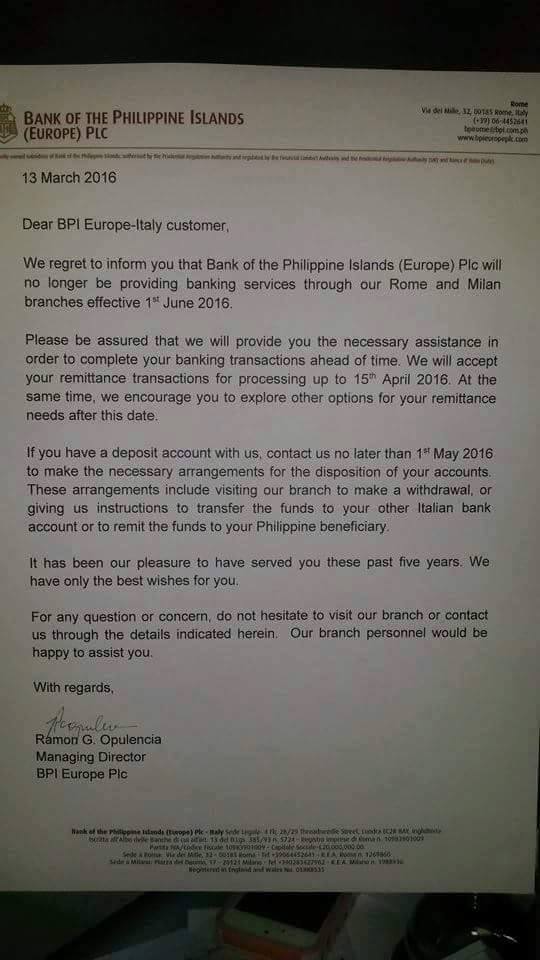 But according to recruitment and migration expert Emmanuel Geslani, Task Force OFW in Italy reported to him that embattled Rizal Commercial Banking Corporation (RCBC) and Bank of the Philippine Islands (BPI) were forced to their close shops in Rome and Milan, when their foreign bank partner ended ties with them early this year.

Rappler tried to confirm it with DOF, RCBC, and BPI executives, but they could not be reached as of posting.

RCBC vice president for corporate affairs Liza Vengco told Rappler she “will get back tomorrow morning (March 31) to get the necessary information.”

Geslani added in a statement late Wednesday, March 30, that Philippine National Bank and Landbank “were also asked by their own correspondent international banks to close their operations in Italy, partly due to pressure from the Italian Ministry of Finance to comply strictly with anti-money laundering laws monitored by the Financial Action Task Force (FATF).”

These developments, however, are indirectly related to the country’s involvement in the heist, as these took place before March 2016 – months before the money laundering perpetuated by hackers who broke into the account of Bangladesh Bank happened.

Geslani said this would be “disastrous for the millions of OFWs who will be forced to remit money through international banks who will charge higher fees and impose stricter requirements for the OFWs.”

To prevent more closures, Purisima said AMLA should be reformed as soon as possible, as it “will send a message to foreign banks that OFW remittances should not be confused with the dirty money.”

“Reforming AMLA will show our OFWs that we are serious about protecting their hard-earned money,” Purisima added.

According to Geslani, private money transfer firms – like iRemit, ValueTrans, Zoom, MoneyGram and Western Union – would be the ones who will gain more customers.

The DOF had said the power to suspend transactions should be granted to the Anti-Money Laundering Council, while the Bangko Sentral ng Pilipinas should be given supervisory authority over remittance companies. – Rappler.com