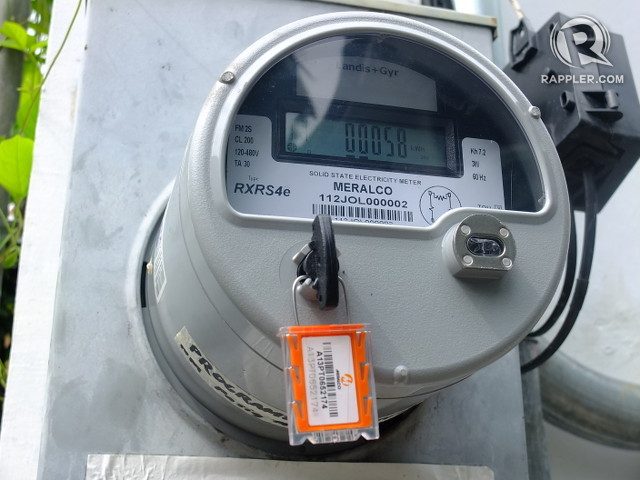 MANILA, Philippines – The Manila Electric Company (Meralco) said on Wednesday, April 27, that its distribution network is “96% ready” for the elections on May 9.

“We continue to coordinate with the different stakeholders like NGCP [National Grid Corporation of the Philippines] and suppliers,” said Meralco spokesperson Joe Zaldarriaga. “Our network says that we’ll be 100% ready a week before elections.”

Zaldarriaga added that the utility firm has inspected polling precincts nationwide, and has prepared back-up power sources for these precincts in case of blackouts.

“We have over 200 gensets and 400 floodlights which will come in handy just in case there are uncontrollable events like damaged posts,” he said.

Meralco crews will also be deployed to polling stations if necessary.

“We would like to assure the public, especially the voters, that we are ready to serve and respond to any issues or concerns. For elections, we see adequate, comfortable levels of reserves,” Zaldarriaga said.

Earlier this week, Energy Secretary Zenaida Monsada said that the country’s power supply is expected to be stable during the elections. Monsada, though, stopped short of guaranteeing a blackout-free May 9.

“The DOE cannot say that there won’t be any blackout because we are not the power plant operators. But we will assure the public that we are doing all the preparations necessary to avert such an incident,” she said.

To avert any possible crisis, both the Department of Energy (DOE) and Meralco have pointed to the Interruptible Load Program (ILP) as a solution. Under the ILP, big businesses will run their own generator sets, if needed, instead of drawing power from the grid.

“We still encourage large customers to practice energy efficiency,” Zaldarriaga added. “[But] since elections are a holiday, overall demand will be low so we do not see any problems.”

Meanwhile, NGCP spokesperson Cynthia Alabanza said they are still in the process of clearing transmission lines in Mindanao.

“The lines we want cleared are backbone lines, critical to the stability of the grid. We are committed to ensuring that transmission facilities are reliable come election day,” Alabanza said. “Trees and structures should not have been there in the first place.”

Earlier this year, the Commission on Elections (Comelec) also raised fears that blackouts during elections could occur in parts of Mindanao, although these worries were predicated on possible deliberate sabotage rather than supply failure.

The Comelec also pointed out at the time that the vote counting machines to be used could run on battery power for 15 hours. – Rappler.com