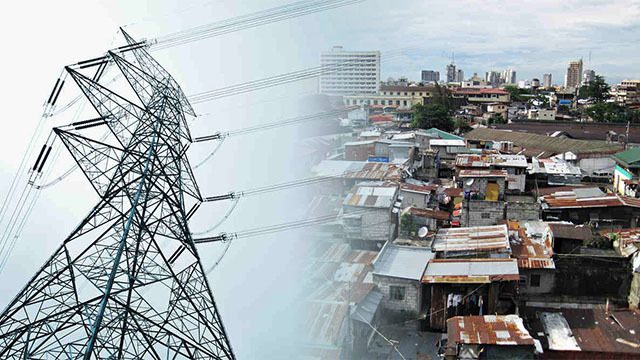 MANILA, Philippines – Central Luzon residents were warned of a possible threat to power transmission during the May 9 elections on Monday, after the National Grid Corporation of the Philippines (NGCP) was unable to conduct clearing operations in some areas.

NGCP on Sunday, May 8, said it was barred by landowners from conducting clearing operations of untrimmed trees along Cabanatuan-San Isidro 69 kiloVolt (kV) lines 1 and 2, as well as Mexico-Cabanatuan 230 kV lines in Barangay Soledad, Sta. Rosa in Nueva Ecija.

The intentional planting of trees and plants underneath transmission lines may cause power outage that only burdens the public – which must suffer through these service interruptions when lines trip.

Despite repeated efforts to negotiate with them, NGCP said it was still denied entry into the property.

NGCP’s best efforts to enlist the help of the Philippine National Police (PNP) and Commission on Elections (Comelec) proved futile, as NGCP was still barred from conducting the maintenance activities inside the property, it added.

“With the Comelec issued resolution, we were given legal cover to access the transmission facilities and begin the clearing of trees that may hamper the transmission of electricity, but these uncooperative landowners are resisting our efforts,” NGCP said.

The resolution authorizes NGCP to conduct right-of-way (ROW) clearing in time for the May 9 elections. (READ: Guide to the 2016 Philippine elections)

The NGCP legally holds the ROW in the areas near and around the towers and posts. The assets are still government-owned.

Some local government units have enacted ordinances that criminalize the planting of trees and building of structures.

The Philippine military is also assisting NGCP in entering the properties of the uncooperative landowners to expedite restoration.

The NGCP and the Department of Energy, however, said this is not enough.

NGCP has urged the Department of Environment and Natural Resources to issue a blanket authority and special permit to cut intentionally and maliciously planted trees along transmission line corridors.

If issued, the blanket authority will support and help expedite NGCP’s efforts in clearing deliberately planted trees underneath transmission lines, which cause line outages and power interruptions.

The DOE and NGCP are pushing for legislation that would help put an end to the planting of trees and illegal construction of permanent structures underneath the transmission lines and towers of NGCP. – Rappler.com