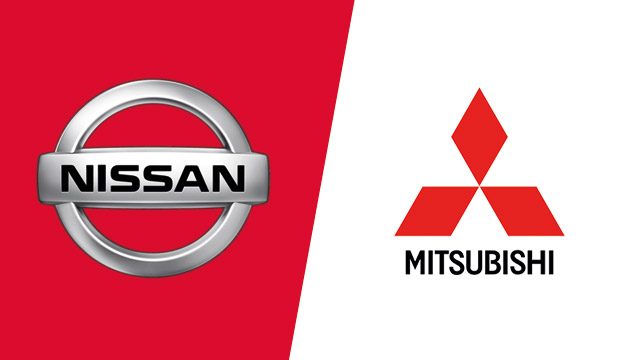 TOKYO, Japan (UPDATED) – Nissan threw a lifeline to Mitsubishi Motors on Thursday, May 12, saying it would buy a one-third stake in the scandal-hit automaker for $2.2 billion, forging an alliance that will challenge some of the world’s biggest auto groups.

The news comes after Mitsubishi was plunged into crisis following bombshell revelations that it has been cheating on fuel-economy tests for years, sparking questions about the company’s future.

Under the deal, Nissan will become the automaker’s top shareholder, vaulting past Mitsubishi Heavy Industries, which owns about 20% of the Outlander sport utility vehicle maker.

Nissan and French automaker Renault own share stakes in each other and their sales lumped together with the smaller Mitsubishi would top 9.5 million units annually.

That is not far behind the 10.15 million sold last year by Toyota, the world’s top automaker, and 9.9 million shifted by German giant Volkswagen.

“This transaction represents a potential win-win for both of our companies and promises growth opportunities,” Nissan CEO Carlos Ghosn told a news briefing.

“We are determined to preserve and nurture the (Mitsubishi) brand. We will help this company to address the challenges it faces, particularly in restoring consumer trust.”

Mitsubishi’s shares skyrocketed more than 16% to 575 yen in Tokyo. The embattled firm’s stock had plunged about 40% since the scandal broke last month.

The deal, which was announced Thursday, will see Nissan buy about 506 million Mitsubishi shares at 468.52 yen apiece, with the deal valued at 237.36 billion yen ($2.2 billion), according to a regulatory filing.

Nissan will also be allowed to appoint some members to Mitsubishi’s board.

The under-fire automaker has admitted unnamed employees manipulated data to make cars seem more fuel-efficient than they were.

The scandal – reported to cover almost every model sold in Japan since 1991 – also includes mini-cars produced by Mitsubishi for Nissan as part of a joint venture.

It was Nissan that first uncovered the problems with Mitsubishi’s fuel economy data, but Mitsubishi has said Nissan had no part in the cheating.

So far, Mitsubishi has confirmed that 4 models and more than 600,000 vehicles – all sold in Japan – were involved in the fuel cheating, but warned the number of cars affected would likely rise.

The company has suggested employees fudged the tests because they felt under pressure to meet ambitious fuel-economy targets.

In some cases, cars appeared to be about 15% more fuel-efficient than they were in reality.

Analysts said a tie-up would give Nissan access to Mitsubishi’s strong foothold in Southeast Asia and some key technology, including hybrids and minicars, which are hugely popular in Japan.

The move would also help drive Ghosn’s long-held target of running one of the world’s top 3 auto groups.

“My initial impression is that Mr Ghosn is trying to reach the pinnacle of his career,” said Seiji Sugiura, auto analyst at Tokai Tokyo Research Institute.

“Nissan has been less than perfect in emerging markets (such as Thailand, Indonesia, India) but Mitsubishi’s brand there is very strong.”

Mitsubishi sold about one million vehicles globally last year, making it one of the smallest among Japan’s 8 major automakers, also including Honda, Suzuki, and Mazda.

It is unclear what sort of financial hit Mitsubishi will take over the scandal.

But on Wednesday it said the cheating did not affect cars sold overseas, potentially limiting the scope of the problem.

Mitsubishi Motors was pulled from the brink of bankruptcy a decade ago after it was discovered that it covered up vehicle defects that caused fatal accidents. The Mitsubishi group stepped in with a series of bailouts to save the firm. – Hiroshi Hiyama, AFP / Rappler.com