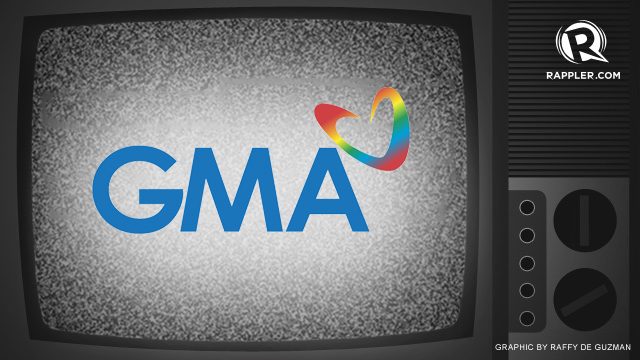 MANILA, Philippines – GMA Network, Incorporated is taking a “conservative” stance on its close to P1.5-billion transition to digital broadcasting, with its chief saying the network is waiting for the “proper formula” for rolling it out.

“We can roll out, but we are waiting for the proper formula para hindi naman kami masyado malulugi kasi ang issue dito is how to monetize (so we won’t lose that much because the issue here is how to monetize),” GMA chairman and CEO Felipe Gozon said on the sidelines of the network’s annual stockholders’ meeting in Quezon City on Wednesday, May 18.

The network chief said GMA is spending much lower than its rival ABS-CBN Corporation. Gozon said the broadcaster allocated P1 billion to P1.5 billion for the digital transmission infrastructure, much lower than ABS-CBN’s about P3 billion.

It was in December 2014 when the Philippine government cleared the way for the country’s shift to a Digital Terrestrial Television Broadcast (DTTB) system.

This requests broadcast companies to simulcast Japanese-standard DTTB and shut off analog TV by 2019.

Barely two months after the digital shift order, ABS-CBN pioneered the digital shift by selling “black boxes” for P2,500 – which are meant to replace the analog antennas installed on 17 million TVs in the country.

Until now, GMA has not rolled out its digital transmission device yet. For Gozon, it is because the network is carefully studying how to monetize the transition.

(We are conservative when it comes to that. So upon our entry, if we report losses, it would just be minimal.)

Its chairman said GMA is targeting to launch a device that makes digital transmission compatible with analog TV sets “by the end of the year.”

“It could even be earlier. We are ready, but we are just finalizing rough edges,” Gozon told reporters.

GMA’s chairman said its digital device could be “smaller and cheaper” than those of its rival. (READ: Part 1: PH telcos, TV networks ride double-edged digital wave)

He added that his network’s digital transmission device will be “better” than ABS-CBN’s black boxes.

“All TV sets here are analog. So without that device, you can’t see the digital transmission,” Gozon added.

GMA Network has a profit guidance of P3 billion for 2016. During the first quarter, the network saw its net income surge to P1.01 billion, after getting a boost from election-related advertisements. – Rappler.com