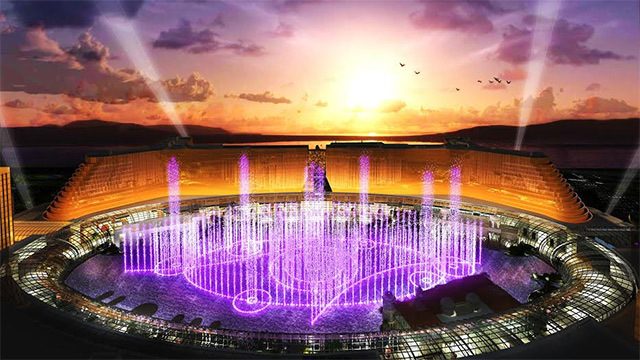 MANILA, Philippines – Tiger Resort Leisure and Entertainment, Incorporated of Japanese billionaire Kazuo Okada is on track to open its $2.7-billion integrated entertainment and gaming center at the government-sponsored Entertainment City by yearend.

Tiger Resort president Steve Wolstenholme said the company remains confident about the opportunities in the country despite being the third player to open a gaming facility in Entertainment City. (READ: Kazuo Okada, Tonyboy Cojuangco partner for casino project)

“The investment is on time. We will open our first phase which is a $2.7-billion [facility] at the end of this year. It will be something that is quite spectacular and the most significant investment that is happening in the Philippines,” he said at the sidelines of a real estate forum held at Marriot Grand Ballroom in Pasay City.

“We are also extremely bullish about the prospects of the country moving forward,” Wolstenholme said.

For its gaming side, Wolstenholme said the company sees China as one of the main markets. The company, however, hopes the development will also lure tourists from neighboring countries like Indonesia, Malaysia, and India.

During the initial stage of operations, Wolstenholme expects a significant portion of the company’s revenues to come from the gaming business. (READ: Razon bets on better PH gaming climate in 2016)

“Right now, if you look at Macau, it is probably 90:10 and in Las Vegas, it is probably 70:30 in terms non-gaming. We expect our revenue base to be slightly closer to Macau in the initial stages but will evolve more to a Las Vegas one,” Wolstenholme said.

Wolstenholme said the company sees big opportunities in non-gaming businesses, as it creates an entertainment and destination place within Metro Manila.

“This is not just about attracting high rollers or attracting people from foreign destinations. But it is about having a property that attracts unique and memorable experience for everyone,” Wolstenholme said.

The Okada project is among 4 integrated casino resorts the government wants built in the 120-hectare (297-acre) Entertainment City complex along Manila Bay, to compete with Asian neighbors Singapore and Macau for gaming revenues.

Each holder of the 4 licenses were required to spend at least $1 billion to build luxury hotels, shops, entertainment areas, and gambling floors.

Tiger Resort had earlier sought to postpone the opening of its casino to December 2016, after it missed an earlier March 2015 deadline. Okada had encountered delays finding a local partner necessary to meet the cap on foreign land ownership.

Phase 1 covers 25 hectares out of the 44 hectares owned by Tiger Resort. – Rappler.com