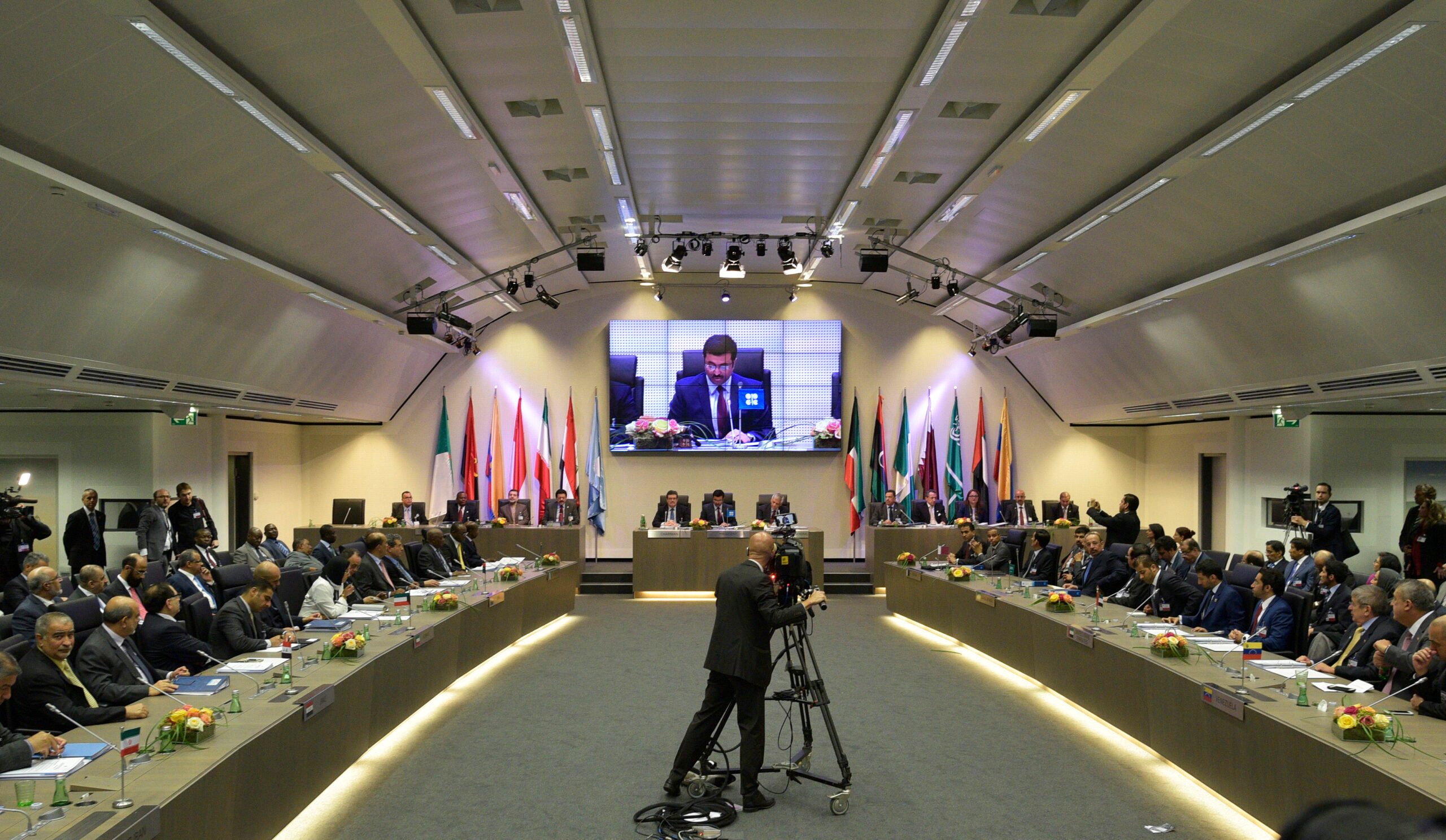 VIENNA, Austria (UPDATED) – OPEC decided Thursday, June 2, to keep oil gushing after a moderate recovery in the crude eased the pressure to limit output, with Saudi Arabia saying the cartel is “very satisfied” with the market.

A final statement from the Organization of the Petroleum Exporting Countries after a meeting in Vienna made clear that the 13-nation group had not set a new output target.

It said that since its last meeting in December, “crude oil prices have risen by more than 80%, supply and demand is converging, and oil and producer stock levels in the OECD have recently shown moderation.”

This was echoed by kingpin Saudi Arabia’s energy minister, newly appointed by the kingdom’s dynamic new deputy crown prince, expressing confidence that the recovery in the oil prices would continue.

“Everybody is very satisfied with the market. The market is rebalancing as we speak,” said Khaled al-Falih at the start of the bi-annual gathering.

Traditionally OPEC, which pumps around a 3rd of the world’s oil, has cut production to boost falling prices.

But in the most recent drop, which has seen oil tumble from over $100 in 2014 to close to $25 in January, OPEC – driven by Riyadh – has changed tack, keeping oil flowing to maintain market share and squeeze competitors.

It has taken some time – straining even Saudi Arabia’s finances, to say nothing of on-the-brink OPEC member Venezuela – but the tactic now appears to be working at last.

Non-OPEC output is falling and prices last week briefly broke above $50 for the first time in 6 months.

While oil prices fell after the OPEC meeting, they shot higher after US inventory data showed signs of stronger than expected demand.

Animosity between Saudi Arabia and Iran – bitter regional OPEC rivals engaged in proxy conflicts in Syria and Yemen – means that any agreement to cut output is highly unlikely in any case.

Since Iran’s 2015 nuclear deal entered into force in January and sanctions were lifted, Tehran has aggressively ramped up output, and is unwilling to stop now.

“A doubling of exports of Iranian oil has had no negative impact on the market and has been absorbed well,” Iranian Oil Minister Bijan Zanganeh said Wednesday, May 31.

A group production target of 30 million barrels per day – in any case flouted, currently around 32 million bpd – was abandoned at OPEC’s last meeting in December.

On Thursday Zanganeh said that setting a collective OPEC ceiling “means nothing” without agreeing production quotas for members.

“We’re not now in a position to talk about putting a ceiling, because the strategy and our assessment of the strategy is working, the market is reacting very positively,” said Suhail al-Mazrouei, United Arab Emirates oil minister.

His “2030 Vision” includes a partial floatation of national oil giant Aramco and creating a gargantuan sovereign wealth fund. This week it pumped $3.5 billion into Uber.

This conflict between the Saudis and the Iranians – soothed by the price recovery – could return with a vengeance if oil prices dip again, however, for example on the back of a stronger US dollar.

This worries poorer OPEC members, not least Venezuela, racked by severe food shortages and inflation projected to hit 700% in 2016.

This is unlikely to sway the Saudis, however.

“We don’t care about oil prices – $30 or $70, they are all the same to us,” Prince Salman said in an interview with Bloomberg published in April.

One thing which could perhaps smooth the waters was the appointment on Thursday of Nigeria’s Mohammed Barkindo as new OPEC secretary general, replacing Abdalla El-Badri of Libya. – Juliette Rabat & Alvaro Villalobos, AFP / Rappler.com