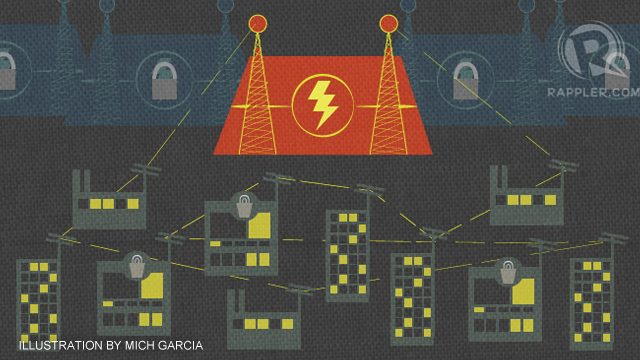 The regulator was reacting to Meralco’s petition for declaration relief filed before the Pasig Regional Trial Court (RTC) Branch 157 last week, seeking the court’s nullication of ERC issuances that prohibit distribution companies from participating in the retail electricity market.

Meralco hadt askedhe  Pasig RTC to issue a temporary restraining order (TRO), and subsequently a writ of preliminary injunction (WPI) enjoining the energy department from enforcing a circular, and enjoining the implementation of ERC resolutions.

The circular and resolutions on the implementation of the Retail Competition and Open Access (RCOA) prohibits distribution utilities like Meralco from participating in the competitive retail electricity market as a supplier.

ERC Chairman Jose Vicente Salazar said he finds no strong reason “for Meralco to block a mechanism which would be good for the retail customer base in its present service area.”

“RCOA is designed to change the current situation where customers do not have the choice as to who will supply their power requirements and are dependent on utilities designated purely on the basis of geographical territory,” Salazar explained. “This is why they are technically termed ‘captive customers.'”

Under RCOA, customers with a monthly average peak demand of at least one megawatt (MW) – dubbed as contestable customer by the ERC – are now able to choose the supplier of their energy requirement.

These suppliers, commonly known as retail electricity supplier (RES), will directly negotiate and contract on a wholesale level with power generation companies so they can sell electricity to contestable customers at competitive rates.

These rates will be reflected in the generation charge portion of the bill, which typically comprises at least 50% of the monthly power consumption bill.

MPower, Meralco’s local RES, accounts for about 50% of the market share of the contestable market within its franchise, or 18% of the national total.

Salazar said the RCOA is a big step towards “putting the power of choice of electricity supplier in the hands of the customers.”

“Through RCOA, more ‘captive customers’ will be able to graduate into the so-called ‘contestable market’ where all retail electricity suppliers compete,” Salazar explained.

“I am confident that Meralco will see that the RCOA is good both for its customers and its business,” he added.

Salazar pointed out that the direction of the power sector is to spur competition to bring down the power rates.

“The power sector has already taken big steps in this direction, particularly with the implementation of the Competitive Selection Process (CSP),” he said.

The CSP requires all distribution utilities to conduct an open and competitive process in selecting the power generating company from whom they are to purchase their supply for the captive markets.

Salazar expressed hope that “Meralco will rethink its current position against the RCOA.”

“We can no longer set back gains of the power sector – it can only move forward and the direction is clearly that of competition,” he said. – Rappler.com