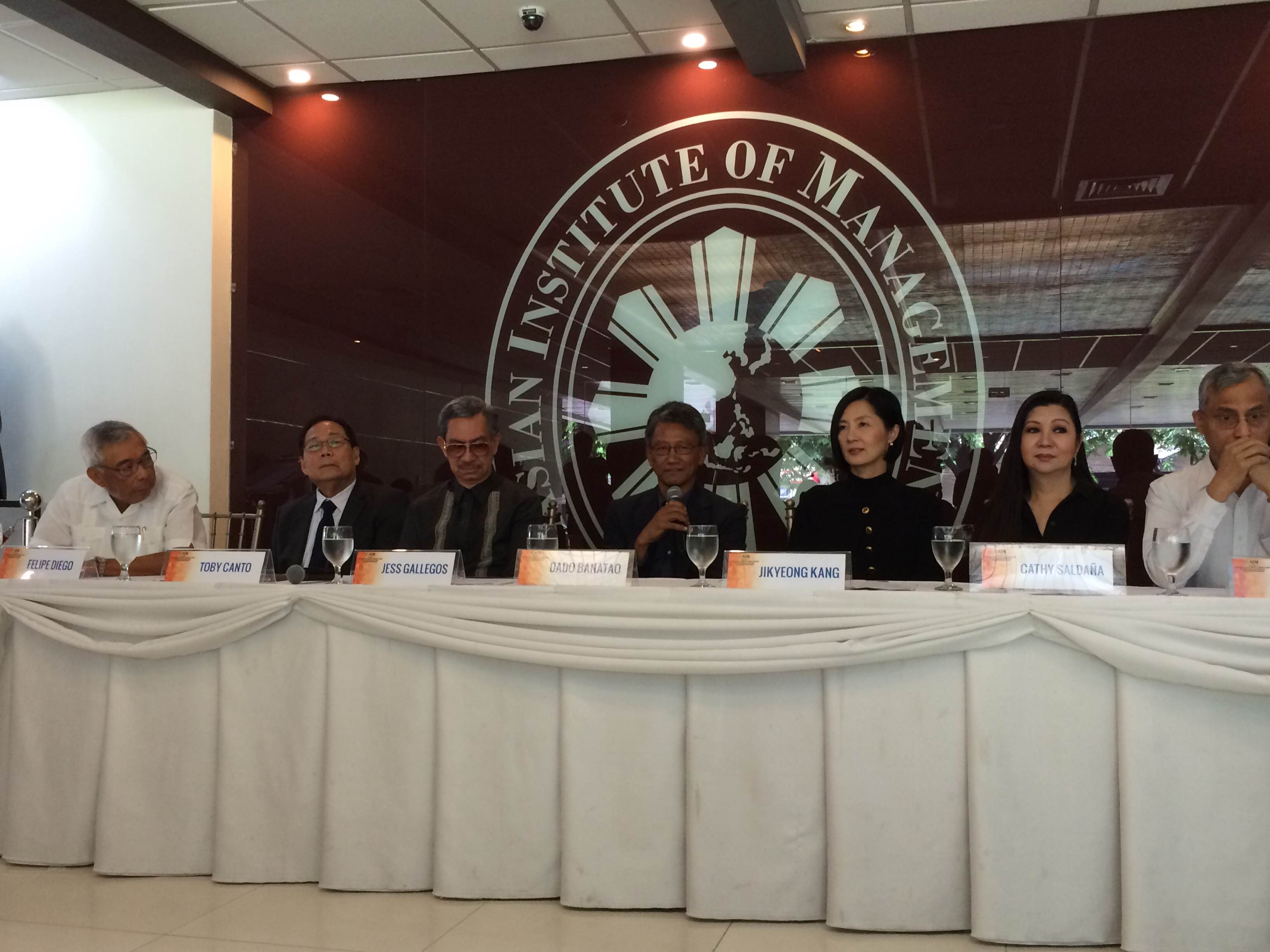 MANILA, Philippines – One of the country’s premier higher learning institutions is launching new initiatives that cater specifically to people dealing with technology and entrepreneurship.

The Asian Institute of Management (AIM) has partnered with entrepreneur Dado Banatao, a pioneer in the semiconductor industry, to create a startup incubator.

“Our new programs are responsive to the emerging needs of the current landscape. With the global spotlight continuing to be trained on Asia, the region needs managers, entrepreneurs, and leaders who deliver meaningful growth,” said AIM president Jikyeong Kang.

Formed through a partnership between AIM and Philippine Development Foundation (PHILDEV) which Banatao founded, the incubator aims to promote innovation that brings about inclusive growth through the use of intellectual capital.

The standout feature of the new incubator is the access it will give entrepreneurs to Banatao’s experience and insights as well as his extensive network.

Banatao is firmly entrenched in Silicon Valley and has been active there for over 40 years, having been key to the creation of the modern semi-conductor.

He has also been funding numerous startups through his venture capital firm, Tallwood Venture Capital.

“We will leverage as much knowledge as we have learned in arguably the number one place in the world for innovation, Silicon Valley,” Banatao said.

The incubator will also give startups mentorship from AIM and PHILDEV, as well as access to the “Banatao and Friends Entrepreneurship Fund.”

“The plan is to fill a gap in the marketplace rather than replacing or replicating existing incubator models. While a lot of people can say they have experience in Silicon Valley, arguably no one in the country is quite as firmly entrenched there as Dado Banatao,” Kang said.

The incubator will initially take on 4 startups. It will not be limited to students from AIM, as it will look across the country for people with innovative ideas.

The idea for the incubator is also centered on AIM’s and Banatao’s belief that technology and the ability to leverage this will be the key asset in the new economy.

“Frankly, we are underserved in terms of the leverage that technology can give us,” Banatao said.

Along with the launch of the new incubator, AIM also announced two new programs for the school year.

The institute will be offering a Master of Science in Innovation and Business (MIB) program aimed primarily at fresh graduates and young professionals aged 20-24 years old with undergraduate degrees in any of the science, technology, engineering, agriculture and medicine or STEAM fields.

The program also aims to help STEAM graduates break the “invisible ceiling” in their careers.

A recent AIM study found that in 2014 alone, there were 21 competing candidates for every one job in Manila that required a STEAM background. It also found that new engineering graduates take as long as 4 years to rise from cadet to full-fledged engineer status.

“The only way for a small country like ours to compete globally is through innovation and that means working with young engineers, scientists, and other tech people. We are aiming to give people another language, another set of eyes and tools so they can create solutions for us,” Canto said.

Covering 10 months, the MIB program includes training in business processes, spotting opportunities, and managing technology for business. It will also include immersion trips to hotspots of innovation such as Silicon Valley, Tokyo, and Kyoto.

To complement the new MIB program, AIM is also launching its Master in Entrepreneurship (ME) program targeted towards entrepreneurs managing firms with P1 million in assets or P5 million in revenues.

The part-time course spanning 18 months will have classes two days every two weeks and will feature over 10 professors who will also act as consultants. It will also give students the opportunity to participate in an international study tour.

“The program allows students to learn by doing, with classes complemented by projects to apply learning to their businesses,” Kang said.

Applications to both the MIB and ME programs are currently ongoing with classes starting this September. Those interested can find more information and apply on AIM’s website. – Rappler.com