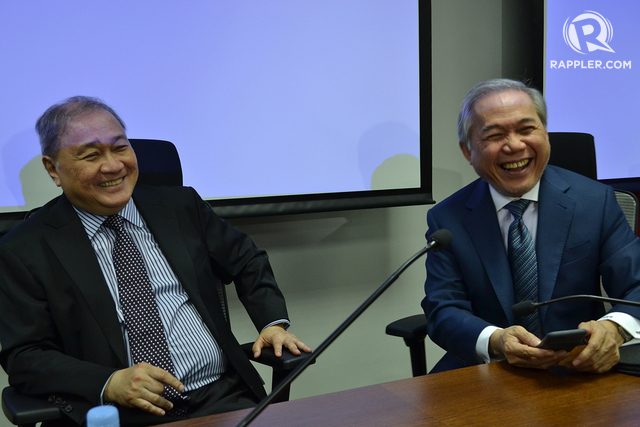 Facebook Twitter Copy URL
Copied
After the dialogue, the PCC stands by its position that PLDT's and Globe's acquisition of SMC's telco business is not deemed approved

Globe and PLDT had earlier asked the PCC for a dialogue to discuss issues regarding the buyout deal.

Globe general counsel Froilan Castelo said this is “creating an atmosphere of uncertainty hanging over the industry, which in turn, causes investors to take a cautious position.”

This was after the PCC initially rejected the telcos’ report for the buyout because of “incomplete information.”

PCC Chairman Arsenio Balisacan had said they cannot proceed with the terms of the deal until the report is approved.

On Saturday, July 9, the PCC said it is standing by its position that PLDT’s and Globe’s acquisition of SMC’s telco business is “not deemed approved.”

The PCC said the acquisition deal has to be thoroughly reviewed under Republic Act 10667 or the Philippine Competition Act.

Globe and PLDT on June 16 submitted anew their report to “comply” with the PCC’s requirements.

After the dialogue last Friday, the PCC said “to this end, it sought the cooperation of the parties to the transaction.” (READ: San Miguel’s sale of telco business: Will consumers benefit?)

The SMC telco acquisition entails P52.08 billion for 100% equity interest in Vega Telecom, Incorporated and the assumption of around P17.02 billion of liabilities.

The deal would give PLDT and Globe access to 700 megahertz (MHz) frequencies, which they said would help them provide subscribers with “better experience on mobile data and home broadband services.”

By September this year, all 400 staff members under SMC’s Bell Telecommunications will be laid off. – Rappler.com