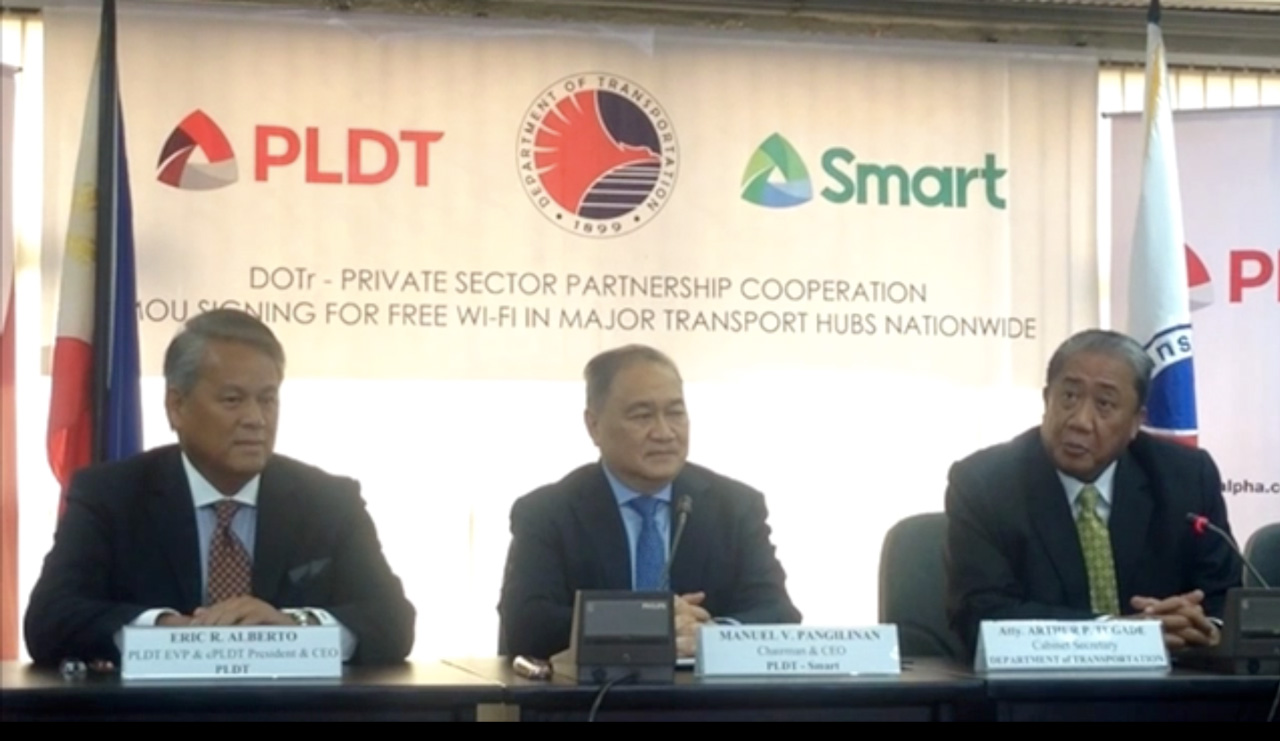 “This was asked by Transportation Secretary Arthur Tugade and President Rodrigo Duterte. We had plans already, but they wanted accelerated rollout of Wi-Fi. I said: ‘Fine, that makes a lot of sense,'” PLDT chairman Manuel V. Pangilinan told reporters on the sidelines of the signing ceremony in Mandaluyong City on Tuesday, July 12.

PLDT’s subsidiary Smart Communications will implement the Wi-Fi rollout at no cost to the government.

“There is no hidden agenda here… We thank our partner, Smart, for supporting the government’s thrust to make passengers’ travel experience more comfortable, convenient, and connected,” Tugade said.

The transportation chief added that the agreement is not exclusive, and other telecommunications providers are welcome to offer free Wi-Fi, too.

For Smart, Pangilinan said the agreement between his telco and the transportation department makes business sense, as “it will mean higher traffic.” 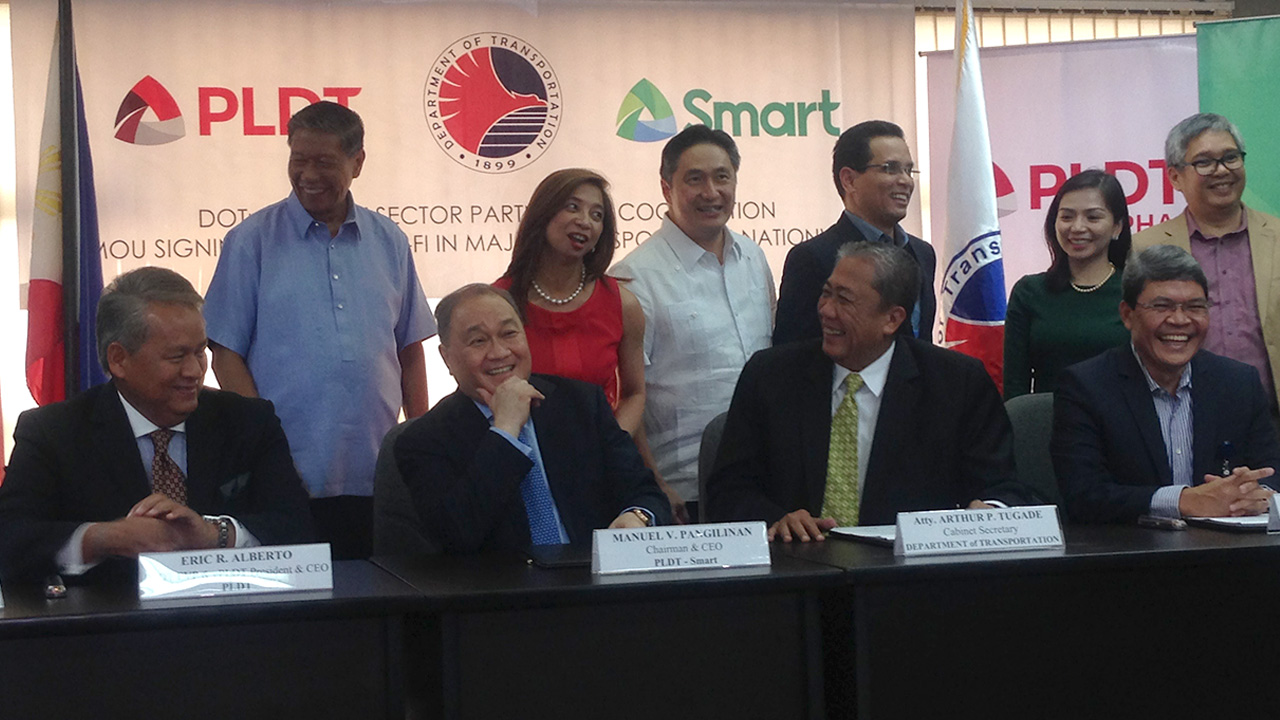 PLDT executive vice-president Eric Alberto said speeds will be up to 1 gigabit per access point.

Smart’s free Wi-Fi service will also be available for both lines of the Light Rail Transit (LRT1 and LRT2), the Metro Rail Transit Line 3 (MRT3), as well as the Batangas and Mindoro ports.

PLDT earlier said it is investing P1 billion to expand its Wi-Fi footprint.

Last week, the transportation department and local airlines also signed a memorandum of agreement on the maintenance of toilet facilities in Manila airport terminals. – Rappler.com