Jul 17, 2016 11:30 PM PHT
Chrisee Dela Paz
Facebook Twitter Copy URL
Copied
But the transportation chief has two conditions: The project should not entail government spending and there should be no sovereign guarantee 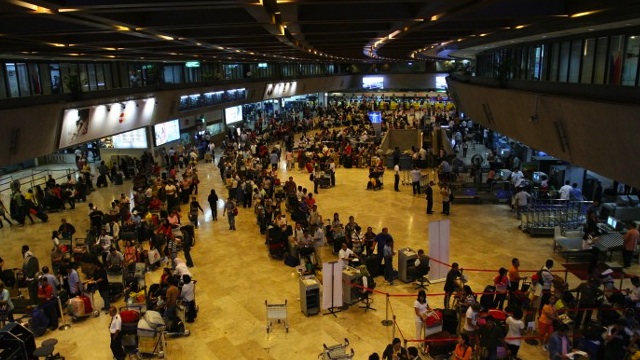 MANILA, Philippines – Transportation Secretary Arthur Tugade said his office is in talks with several investors who are interested to build another international airport to serve as the nation’s premier gateway.

“Meron mga kumakausap pero wala namang final pa (There are several who talked to us, but nothing is final yet),” Tugade said on the sidelines of a media briefing on Tuesday, July 12, in Mandaluyong City. (READ: Duterte admin to roll out stalled PPP deals by 2017 – NEDA chief)

In a Philippine Stock Exchange disclosure in May 2014, San Miguel said the proposed airport will “be constructed on a build-operate-transfer basis and located at the waterfront reclamation project along the Manila-Cavite coastal road at the border of Parañaque and Las Piñas cities.”

There are two other plans for a new airport involving conversion of the former US Navy station at Sangley Point, Cavite; one by the Japan International Cooperation Agency; and another by All-Asia Resources and Reclamation Corporation.

Asked if these are also being looked into, Tugade said his office is studying all proposals. (READ: Free Wi-Fi at NAIA, LRT, MRT, select transpo hubs in 100 days)

But Tugade said he has two conditions: The project should not entail government spending and there should be no sovereign guarantee.

Local airlines recently agreed to undertake the maintenance of public restrooms at NAIA’s 4 terminals – at no cost to the government. – Rappler.com