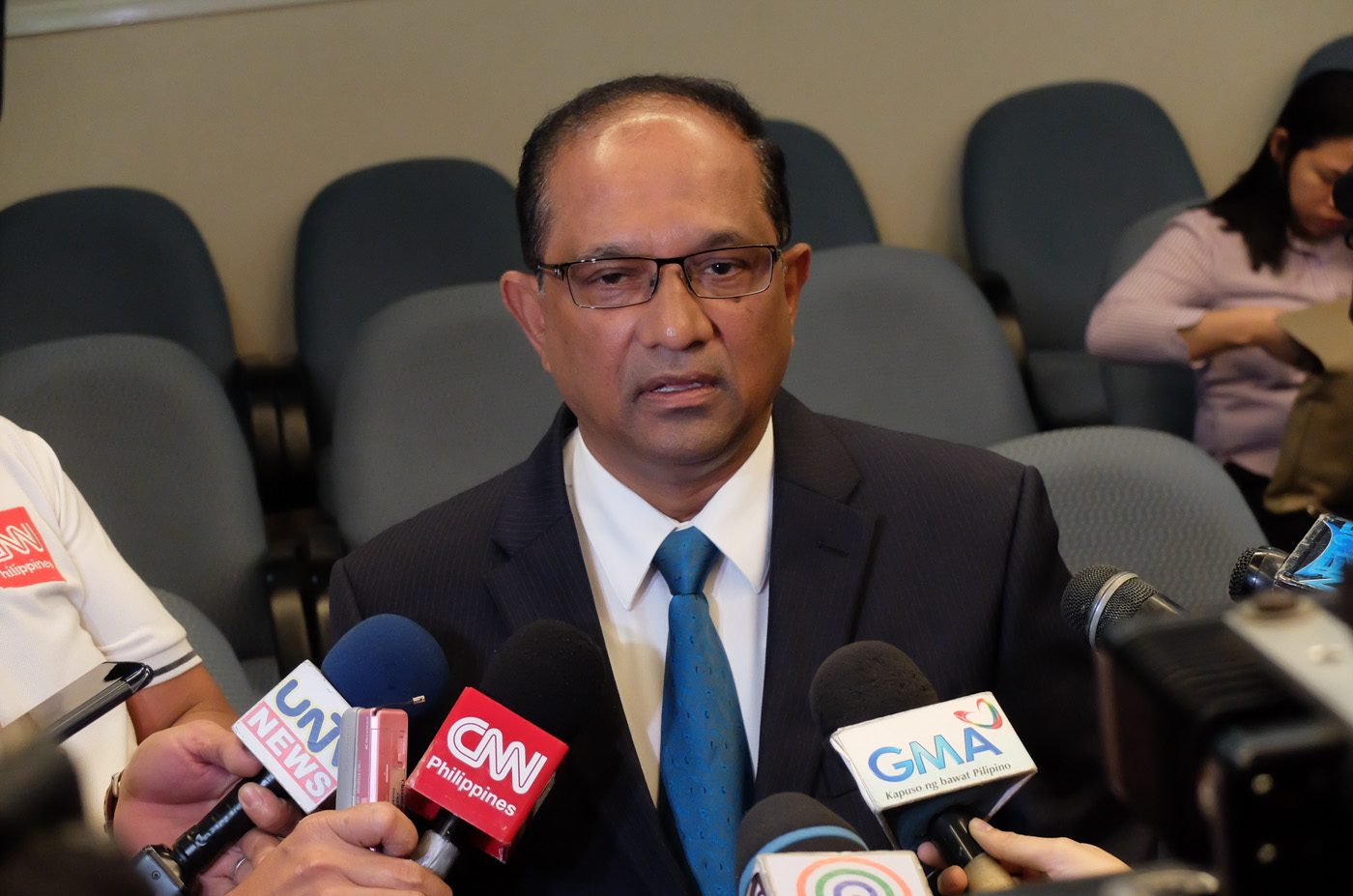 Facebook Twitter Copy URL
Copied
'If the President is so serious about crime and corruption, I think this is an issue that should be addressed,' Bangladesh Ambassador to the Philippines John Gomes says

MANILA, Philippines – Bangladesh Ambassador to the Philippines John Gomes has personally sought President Rodrigo Duterte’s help to expedite the recovery of the $81 million stolen by hackers from the Bangladesh Bank and which was coursed through the Philippines.

“I’ve met the President. I’ve talked to him and he has expressed to me and said he will do whatever it takes [to recover the stolen money],” Gomes said in a media briefing in Makati City on Thursday, July 21.

“If the President is so serious about crime and corruption, I think this is an issue that should be addressed also,” the ambassador said.

The Bangladesh envoy called for a media briefing after the 16th Congress adjourned without resolving the probe into Bangladesh Bank’s stolen millions.

“After the Senate hearing everything became quiet. New Senate has been formed. Where do we go from here? How do we get back the money that is from Bangladesh people?” Gomes said. (READ: Will Senate revive probe into Bangladesh Bank heist?)

The decision to revive the Senate probe into Bangladesh Bank fund heist is now up to the newly-formed Senate team, after the current leadership failed to resolve the issue citing time constraints.

“I have requested to revive the blue ribbon session. I’ve talked to 4-5 senators and they all agreed to look into this request,” Gomes said during the briefing.

Since March, Philippine senators held 7 hearings to track the mastermind of the elaborate money laundering scheme and ultimately trace the $81-million stolen funds from Bangladesh Bank‘s account in New York.

But due to time constraints, the blue ribbon committee report on the money laundering scheme was not tackled in the plenary session before the 16th Congress adjourned last May 30.

Confidence in the PH judicial system

During the two-month probe, a total of about $15 million was turned over to the Anti-Money Laundering Council (AMLC). The Philippine government was also able to trace most of the laundered money, leaving $17 million still unaccounted for.

Of the $81 million, Gomes said he expects some $15 million to be returned to them “very, very soon.”

“The DOJ (Department of Justice), AMLC, they are now working on our behalf to get this money back to Bangladesh. So out of the $81 million, definitely $15 million is something that is within our reach. We expect it to be returned maybe within a month,” he added.

For Arnold Frane, AMLC secretariat officer, the civil forfeiture case was awarded last July 7, but has yet to be received by Bangladesh officials.

“The RTC (Regional Trial Court) branch 53 in Manila last July 7 issued an order forfeiting some $15 million turned over by Kim Wong to authorities in 4 tranches between March and May,” Frane said during the briefing.

The AMLC officer said Bangladesh officials will be given 15 days to file claims on the funds upon receipt of the notice.

“It will take some time to recover the money, but I believe it’s not impossible. I’m confident we will recover it,” Gomes said.

Of the $81 million, AMLC Executive Director Julia Bacay-Abad said about $15 million was surrendered, $21 million is supposedly with casinos, another $28 million of Solaire Resort and Casino is still subject to the Supreme Court’s decision on the petition for freeze order, and $17 million is unaccounted for.