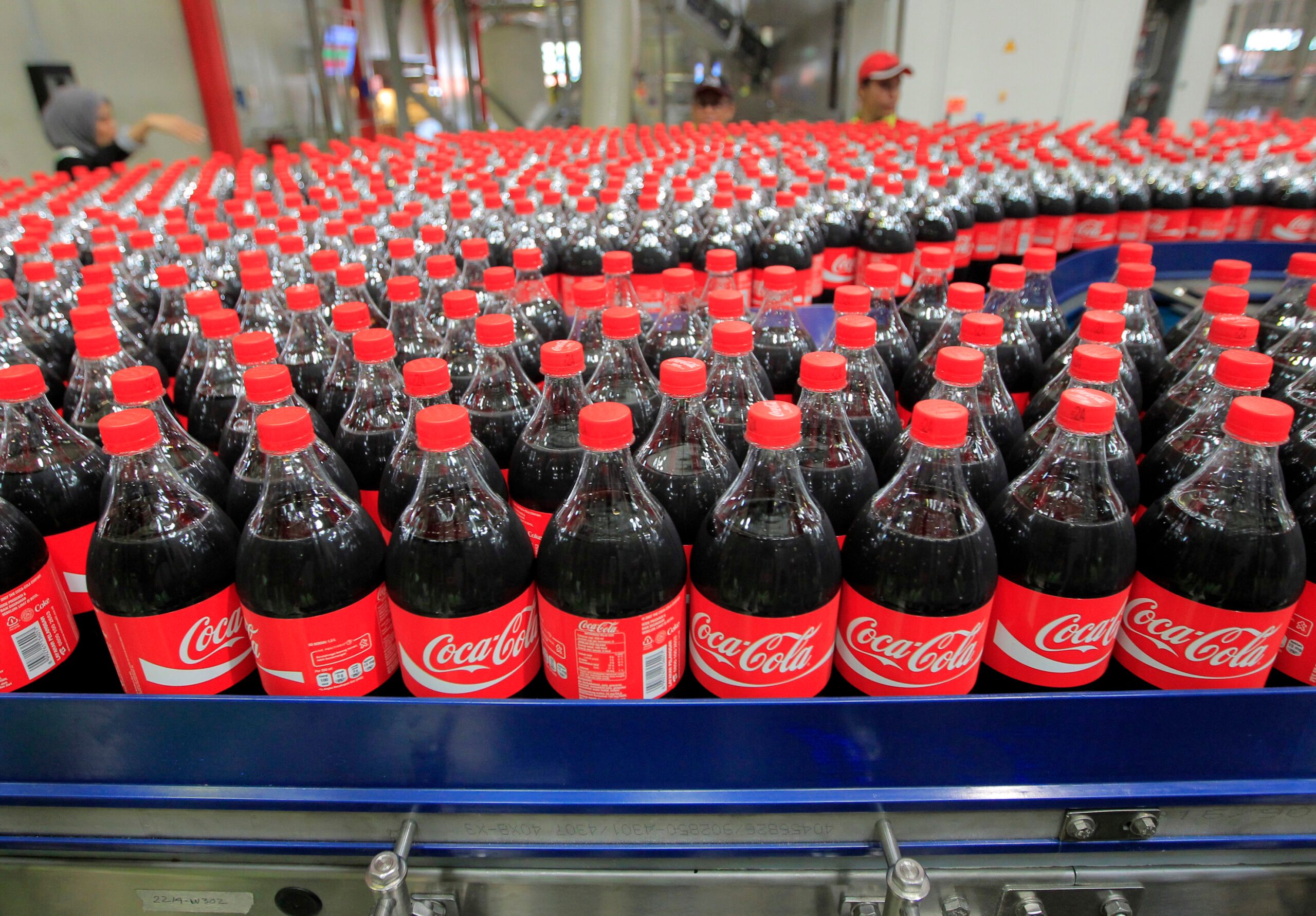 But net revenues slid in every region but North America, for a 5.1% fall overall in net sales from a year ago to $11.5 billion.

Sales of concentrate and cases were flat in volume terms, with the company saying slowdowns in emerging markets like China and Argentina offset gains in the United States, Mexico, and Japan.

Volume sales of soda drinks fell slightly in the quarter, but that was compensated for by gains in sales of bottled water and juices, the company said.

But Atlanta-based Coke said its bottom line was hit significantly by the strong dollar’s impact on earnings from countries with weak currencies, and would continue to be a headwind for the rest of the year.

For the second quarter, the global soft drinks king reported that lower taxes and lower extra costs helped bolster the bottom line. Net income was $3.45 billion, compared to $3.11 billion in the year-ago quarter.

Chairman and chief executive Muhtar Kent said in a statement that the company faced challenges mostly in emerging markets where Coca-Cola owns its own bottling businesses.

“In these international operations where external headwinds have proven to be more severe than originally forecast, we are taking action by reassessing local market initiatives where needed and continuing our efforts in driving productivity,” he said in a statement.

The company said that organic revenues should grow about 3% this year but would be buffeted by the costs of acquisitions, divestments, and structural adjustments, and currency challenges.

Comparable earnings per share, it said, would likely fall 4% to 7%, though a continuing share repurchase program could ease that impact on shareholders. – Rappler.com