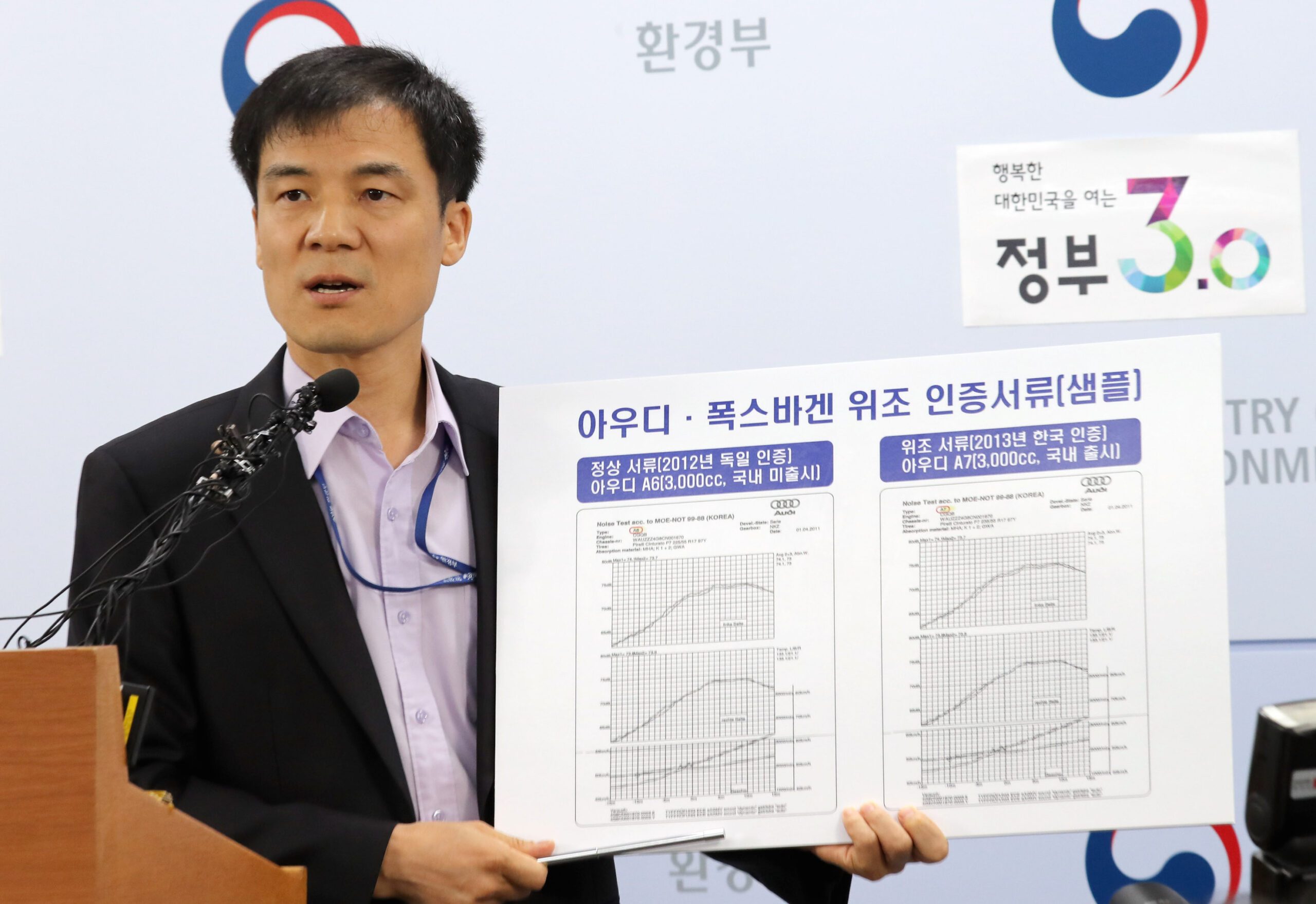 SEOUL, South Korea – South Korea on Tuesday, August 2, banned the sale of 80 Volkswagen AG models and handed down a $16 million fine in its latest response to the German carmaker’s emission-cheating scandal.

The environment ministry said most of the models had been showcased for sale until recently, and added that the problem vehicles had fabricated documents for emissions and noise-level tests.

The ministry said it was revoking the certification for 80 models, or a total of around 83,000 vehicles.

In a preemptive move last week, Volkswagen had already suspended the sales of cars whose certification had been challenged by the authorities.

Issuing a recall order for just 3 models, Hong explained that the others had fabricated documents but “no defect parts” – so were “not subject to a recall.”

He added however that the German carmaker would face a much stricter screening process once it applies for re-certification for its banned vehicles.

“Rather than just going through the papers, we will conduct a thorough review which will include on-site inspections and visiting the German headquarters if necessary,” Hong said.

He added the certification process could take much longer than the average period of 3 months.

A spokeswoman for Volkswagen Korea said they “regretted” the strict administrative measures.

“But since South Korea remains a very important market to us, we will try to move fast on the re-certification process,” she said.

Combining that and the latest suspension, the environment ministry said it had cancelled the certification of 68% of Volkswagen vehicles sold in South Korea since it entered the market in 2007.

Sales of Volkswagen in South Korea plunged 33% to 12,463 vehicles in the first half of this year from a year earlier. (READ: Volkswagen net profit falls 57% in second quarter)

Foreign carmakers, especially German brands like Volkswagen, have steadily expanded their presence in the South’s auto market long dominated by the local giant Hyundai and its affiliate Kia.

Around 70% of foreign auto sales in South Korea are diesel-engined vehicles. – Rappler.com