Nestle to invest P2 billion in new plant for MILO The plant will focus on producing proto-malt, the key ingredient for Nestle Philippines’ popular MILO drink, and will be only the 4th such plant in the world with others located in Singapore, Nigeria, and Australia.

“The new investment is a clear demonstration that today we are here to stay and that Nestle as a group believes in the potential of the Filipino market and the future of the Philippine economy,” said Nestle Philippines chairman and CEO Jacques Reber at a briefing to announce the new plant on Tuesday, August 2.

The new state-of-the-art plant will take up 29 hectares in Nestle’s existing Lipa factory in Batangas, one of the 5 that Nestle operates in its more than a century in the country. Driven by new technology, the new plant will only create 23 new jobs.

Construction began in December 2015 with Nestle projecting production to start in November 2017.

“The Philippines has become Nestle’s biggest market in ASEAN, the second largest in Asia next to China, and the 8th biggest market for Nestle worldwide,” Reber said. 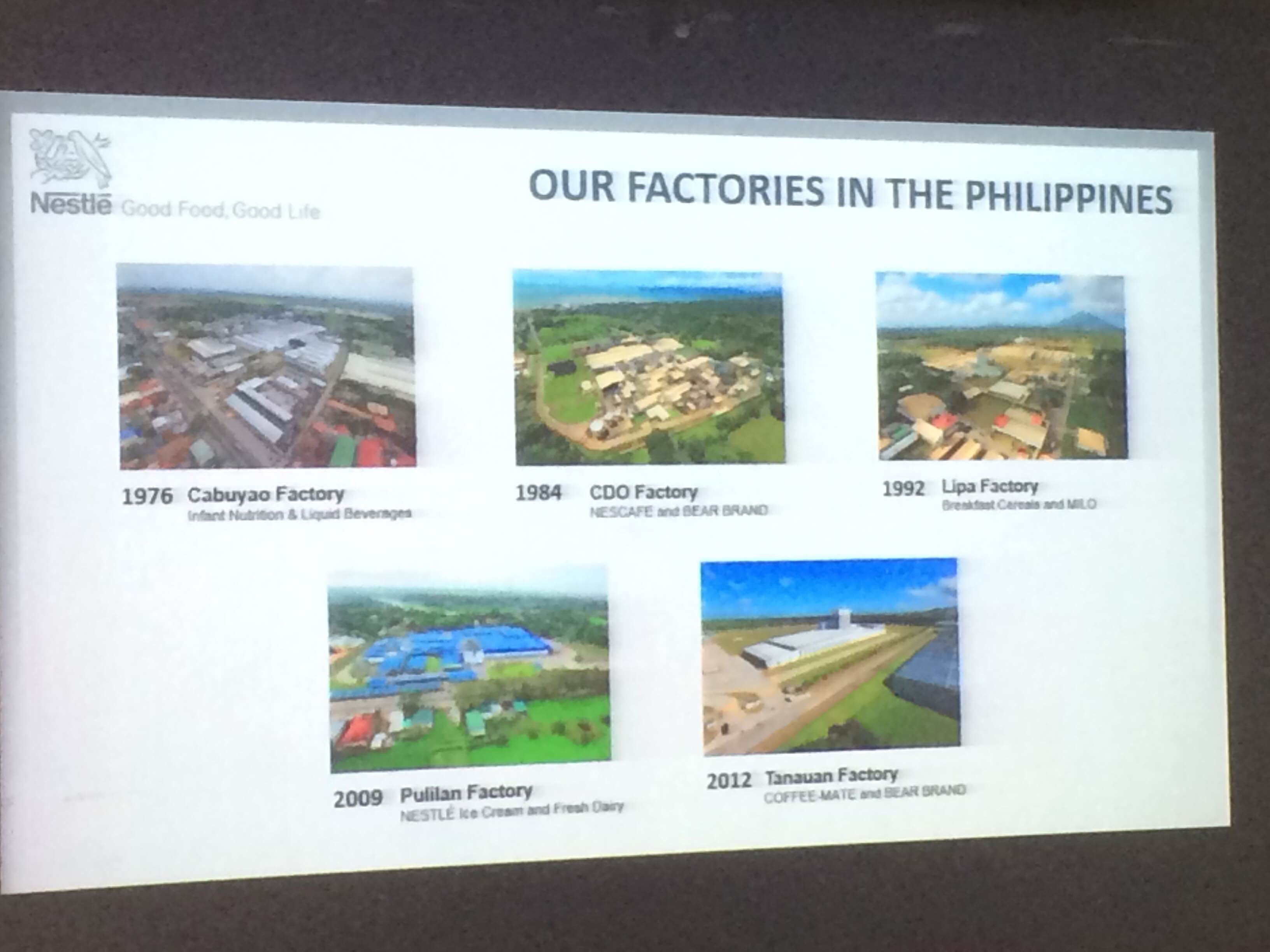 A large part of that is due to the success of brands such as MILO, which has a market penetration rate of over 90% in the country.

The proprietary proto-malt extract used for MILO is made using barley and cassava as raw materials, Reber said. While the cassava is currently imported from Thailand, the new plant will eventually provide an opportunity to grow the cassava industry in the Philippines.

He added that the new plant will also provide Filipino farmers another avenue for inclusive growth as the firm plans to distribute supplies to farming communities using the same sustainability techniques it currently uses for its coffee products.

Nestle has already started the process of searching for qualified cassava farmers in Mindanao, according to Reber.

While the plant will initially handle domestic demand, Reber said that the firm is leaving the option open to eventually export the proto-malt through expansion. Nestle’s investment is the latest in a string of manufacturing investments by high-profile brands looking to serve growing demand in the Philippines. They include motorcycle builder KTM and bicycle parts maker Shimano.

These investments headlined foreign direct investments that have hit P3.5 billion in the first 4 months of the year, an increase of over 100% from the previous year.

On the consumer side, Filipinos’ steadily growing consumption has also led to the arrival of foreign food and beverage chains such as Canadian fast food giant Tim Hortons. – Rappler.com