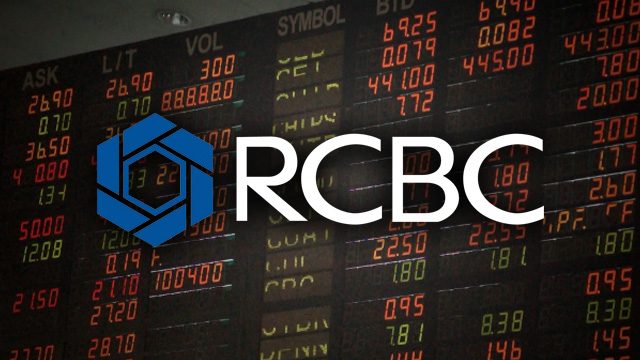 MANILA, Philippines – The embattled Rizal Commercial Banking Corporation (RCBC) saw its net income inch up to P2.61 billion in the first half of the year, with its chief saying the bank’s core businesses are firming up.

RCBC, the 9th largest lender in the country in terms of assets, told the Philippine Stock Exchange on Wednesday, August 3, that its unaudited consolidated net income during the first 6 months of 2016 went up by 3% to P2.61 billion, from the P2.53 billion reported in the same period a year ago.

Excluding the cyclical trading gains, the lender’s core income surged by 59% from January to June.

‘Among the industry’s highest’

The banking arm of the Yuchengco conglomerate said annualized net interest margin (NIM) was sustained at 4.2% in the first half of 2016, mainly driven by consumer loans which expanded by 19%.

“NIM at 4.2% is one of the highest in the industry while asset quality remains in check,” Buenaventura said.

“Net Interest Income reached P8.06 billion, up by 8.2% and represented 66.39% of gross income,” the bank said in its regulatory filing.

RCBC added that its net earnings translated to an 8.8% return on equity. This represents the net income earned as a percentage of stockholder investment.

Meanwhile, the lender’s return on assets – or the net income as a percentage of total assets – was at 1.1%.

RCBC told the local bourse that its distribution network grew to 477 branches by the end of June 2016, from 450 for the same period last year.

The number of RCBC Bankard credit cardholders reached over 500,000 or an increase of 8% year-on-year.

The bank is currently in the middle of the $81-million Bangladesh Bank heist, where the stolen money was coursed through the RCBC system.

In the wake of the scandal, RCBC has reorganized its Board of Directors, increasing the number of independent directors from 4 to 7. – Rappler.com