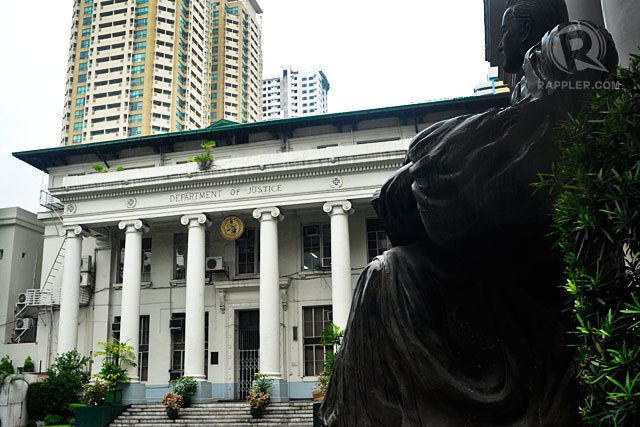 MANILA, Philippines – The former Philippine Stock Exchange (PSE) employee accused of orchestrating the biggest scam in PSE history has been indicted by the Department of Justice (DOJ).

In a 13-page resolution approved by Prosecutor General Claro Arellano on Tuesday, August 2, the DOJ said there was probable cause to charge Jose Cecilio “Jay” Peñaflor – along with his brother Angelo Peñaflor, John Benedict Aguzar, Rafael Sigua, and Michael Rosales – for the crime of estafa.

The complainant, Joyce Marie Jao, had claimed that she was swindled out of P4.6 million.

In her affidavit, Jao said Peñaflor convinced her to buy stocks of ABS-CBN Corporation, promising guaranteed profits in March 2015.

By August 2015, she was told her profits had already reached P8 million. When Jao tried to get the supposed profits, however, Peñaflor and his group failed to deliver.

“In this case, the intent to deceive and induce complainant to shell out her money in the guise of investing the same to shares offered in the stock market is apparent,” the DOJ said.

The DOJ also recommended no bail for the estafa charges and approved the filing of a separate case for Peñaflor over bouncing checks.

The Securities and Exchange Commission (SEC) previously said Peñaflor used the names of accredited brokers to convince investors that his transactions were legitimate.

Aside from Jao, Peñaflor’s group is believed to have duped other individuals as well in a scam worth an estimated P300 million.

At least 40 other complaints have been filed before the National Bureau of Investigation in relation to the scam. – Rappler.com