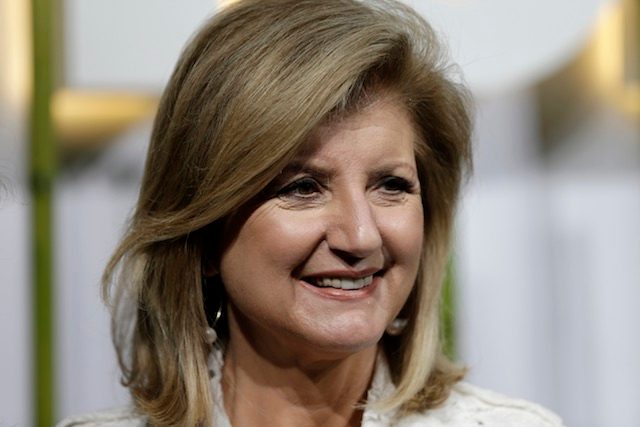 Facebook Twitter Copy URL
Copied
Arianna Huffington, founder of the online Huffington Post, announces she is stepping down to launch a nonprofit group focused on health and wellness

WASHINGTON DC, USA – Arianna Huffington, founder of the online Huffington Post news site that has become a global phenomenon, announced Thursday, August 11, she was stepping down to launch a nonprofit group focused on health and wellness.

Greek-born Huffington, who launched her original American website in 2005 and sold it to Internet giant AOL in 2011, said the new venture called Thrive Global aims “to change the way we work and live by ending the collective delusion that burnout is a necessary price for success.”

She said she would be stepping down as editor-in-chief of the Huffington Post, which now operates in 10 languages and has a user base of over 200 million.

She noted that she decided to leave the online news organization because “I simply couldn’t do justice to both companies.”

“I’m filled with excitement at the prospect of devoting the rest of my life to accelerating the culture shift away from merely surviving and succeeding to thriving,” she said.

Thrive, which has received funding led by Lerer Hippeau Ventures as well as other groups and individuals including NBA star Andre Iguodala and entrepreneur and philanthropist Sean Parker, is to launch after the US election in November.

The Huffington Post was among the first major news organizations to benefit from consumer interest in online information.

Today, in addition to the US edition, the HuffPost has English language websites for British, Canadian and Australian readers, a number of French-language editions and versions in German, Japanese, Greek, Portuguese, Arabic and Korean. It has said it plans to launch in China as well. – Rappler.com