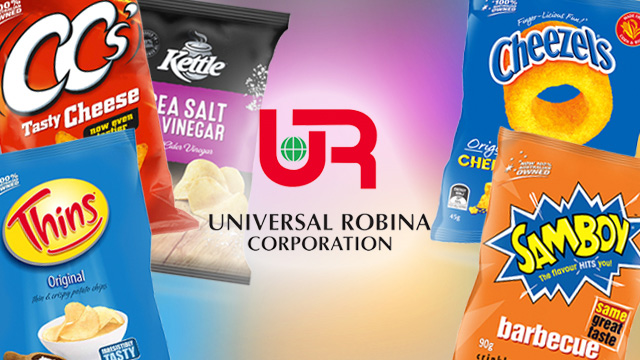 The Gokongwei-led snack food maker told the Philippine Stock Exchange (PSE) on Wednesday, August 17, that its offshore subsidiary URC International Company Limited entered into an agreement with Consolidated Snacks Pty Ltd to acquire 100% of its shares in Snack Brands Australia in a cash-free, debt-free deal.

Consolidated Snacks trades under the company name Snack Brands Australia, which is the second largest player in Australia’s salty snacks market, with a total market share of close to 30%.

The leading food maker in Australia is still Frito-Lay, which carries brands like The Smith’s Snackfood Company and Red Rock Deli.

The transaction has been approved by both companies’ board of directors and is expected to close by September 30 this year.

URC said the transaction is still subject to the approval of the Australian Foreign Investment Review Board (FIRB) and the fulfillment of customary closing conditions.

With this acquisition, URC said it plans to create a wider footprint in the Oceania region, with Snack Brands Australia serving as an anchor in the “highly competitive” Australian market.

“URC in the past 3 years has started to look for strategic options on acquisitions or partnerships given the emerging competitive challenges being brought upon by the lifting of trade barriers and the attractiveness of the region where we operate,” URC CEO Lance Gokongwei said in a regulatory filing.

“While we continue to push for innovation as an anchor to sustain our growth, the opportunity came at the right time to acquire a company like Snack Brands,” Gokongwei added.

Snack Brands Australia has grown topline at a compounded annual growth rate of 7.4% in the past 4 years, while its earnings before interest, tax, depreciation and amortization (EBITDA) has grown 32.6% over the same period.

Gokongwei said Snack Brands is “completely synergistic” with URC and Griffin’s Foods, which is New Zealand’s number one snack foods company. Griffin’s was acquired by URC in November last year for US$608 million.

“The categories of both Snack Brands, URC, and Griffins are fully complementary and will offer a wider range of on trend, on the go, ready to eat snacking categories namely biscuits, wrapped snacks, and salty snacks,” Gokongwei said.

“The addition of Snack Brands into the URC organization will also further enhance the innovation capability of the total organization and reinforce our thrust on premiumization given emerging global consumer trends on indulgence, health, wellness, and nutrition,” he added.

Aside from the Philippines, URC has operations in Vietnam, Thailand, Indonesia, Malaysia, Singapore, Hong Kong, and China.

On the heels of the acquisition announcement, shares of URC inched down by 0.16% to P183.80 as of 3 pm on Wednesday. – Rappler.com