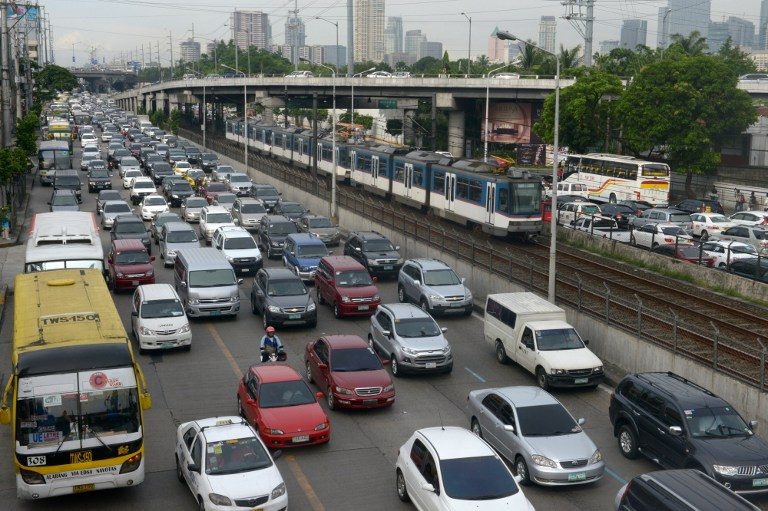 MANILA, Philippines – Major transportation projects are among 10 projects worth P320 billion awaiting approval by the National Economic and Development Authority (NEDA) board.

NEDA Director General Ernesto Pernia said on Tuesday, August 23, that projects like a bus rapid transit plying EDSA, a North-to-South Railway Southline for Luzon, and the Mindanao Railway have been recommended for approval by the NEDA board chaired by President Rodrigo Duterte.

“The NEDA board, chaired by the President, will take up these projects for approval in September and thereafter implementation by the concerned agencies. The NEDA board approval is the last stage of the hurdle for projects,” Pernia said in a news briefing in Malacañang.

Many of the projects were proposed during the administration of President Benigno Aquino III.

The North-South Railway Southline is a planned rail that will link Metro Manila and Bicol. The EDSA bus rapid transit is a faster, more efficient bus system for the major Metro Manila thoroughfare.

The first phase of the Mindanao Railway System, if approved by the NEDA board within the year, will begin implementation in 2017, said Pernia.

NEDA’s Infrastructure Committee considers the Mindanao railway project, one of Duterte’s campaign promises, as a priority.

One suggested measure is the “immediate implementation” of the Bonifacio Global City-Ortigas Link Bridge, an additional bridge in C5, expected to divert 25% of EDSA traffic, said Pernia.

The completion of the bridge is deemed “urgent” by the Department of Transportation (DOTr) because of the need to address more congestion expected to arise from the planned retrofitting of the Guadalupe Bridge.

The Infrastructure Committee also recommended the speedy implementation of the MRT3, LRT1, and MRT7 shared station.

“The DPWH (Department of Public Works and Highways) will hand the final configuration of the station to the DOTr,” said Pernia.

The use of the Batangas and Subic ports to decongest Metro Manila ports has also been raised by the Infrastructure Committee. – Rappler.com